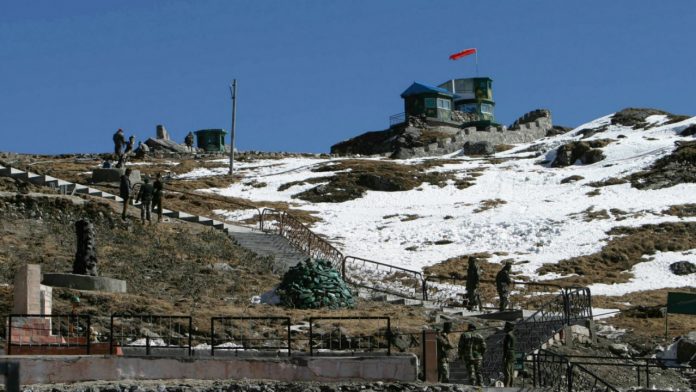 The aggressive arrogance of the dragon was punctured with India reiterating its commitment to fulfill the obligations of Article 2 of the India-Bhutan Friendship Treaty 2007. Moreover, China lacks the diplomatic edge that India enjoys. China is likely to ultimately see reason and refrain from triggering a war with a new resurgent India.

It’s been over six weeks. And the stand-off between Indian and Chinese troops continues in the strategically important Doklam area in the India-China-Bhutan tri-junction. It all began in mid-June when Indian troops joined the Royal Bhutanese army to physically prevent Chinese PLA engineers from constructing a road in the disputed plateau.

The Indian Foreign Ministry had previously expressed its position on the issue that “China had intruded into Bhutanese territory, which was aimed at changing the status quo along the India-Bhutan-China tri-junction that India and China had agreed to settle taking into account Bhutanese concerns as well, according to a 2012 agreement”.

The most disgusting part is the left dominated Indian media lapping up the bogus Chinese anti-India propaganda with Op-eds questioning the strategy BJP led government. However, it took the sobriety of Union Minister Arun Jaitley to remind everyone – and China – that this was not the India of 1962.

In an article titled “The Illusion Of A Conflict”, Shri Venu Gopal Narayanan rightly points out: The Doklam stand-off has very little to do with existing Sino-Indian border issues. It is instead emblematic of Chinese efforts to prevent the Indian government from raising the stakes with Pakistan.

The Chinese have no illusions; they know that this is the first government in Delhi, in living memory, which has openly begun to demand the return of Pakistan-occupied Kashmir to India. They know that this government is led by a party which, not recognising differences between races or caste or religion, seeks at a civilisational level to overturn partition – or at least the ills of it. They also know that the weakening of Pakistan – or indeed, the off-chance of India reclaiming PoK in fuller measure – is an eventuality that would be to China’s detriment. They know that the political opposition is too incompetent to put Modi on the back foot – as evidenced by Congress Vice-President Rahul Gandhi’s recent, absurdly-managed meeting with the Chinese ambassador in Delhi. They also know that Modi has hit back hard, by encouraging Jammu and Kashmir Chief Minister Mehbooba Mufti to state in public that China is now meddling in Kashmir. Hence a standoff at the other end of the Himalayas, and frankly hollow protestations on the invalidity of Sikkim’s membership in the Indian Union: writes Shri Narayanan.

The aggressive arrogance of the dragon was punctured with India reiterating its comittment to fulfill the obligations of Article 2 of the India-Bhutan Friendship Treaty 2007. Article 2 states: “In keeping with the abiding ties of close friendship and cooperation between Bhutan and India, the Government of the Kingdom of Bhutan and the Government of the Republic of India shall cooperate closely with each other on issues relating to their national interests. Neither Government shall allow the use of its territory for activities harmful to the national security and interest of the other.”

Amid the worst military stand-off, analysts insist that China is likely to ultimately see reason and refrain from triggering a war with a new resurgent India.

Moreover, China lacks the diplomatic edge that India enjoys. In case of a war with “aggressor” China, India is likely to have more global support …especially in the wake of its growing ties with America.

In case of a war, the possibility of which appears to be rather limited, India should be prepared to fully protect its interests and in the process also avenge its defeat of 1962 and reclaim some of the prestige and credibility that it lost on that occasion. India has a fighting force which has been exposed to action on the ground incessantly over the last many decades confronting insurgency from across the western border including the Kargil conflict in which India’s defence forces covered themselves with glory. Chinese forces on the contrary have not been engaged in any armed conflict since their war with Vietnam in 1979: points out writer Ashok Sajjanhar.