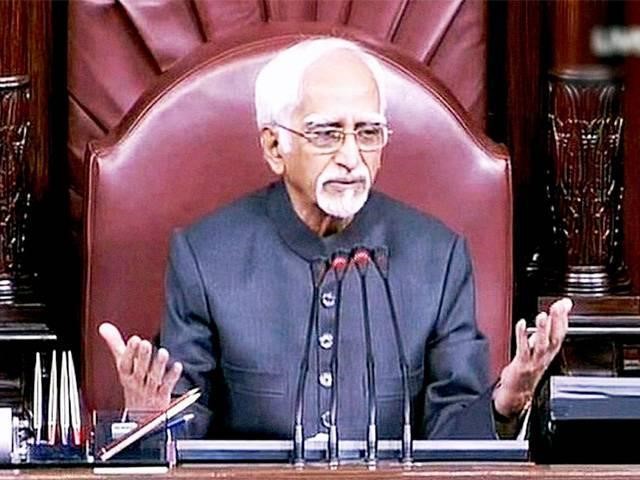 At the end of an illustrious career, Hamid Ansari would be remembered as the vice president, who was accorded the worst farewell by the government of the day – just because he made some observations about uneasiness and insecurity among the Muslims in the country.

Hamid Ansari became the vice president of India for two consecutive terms from 2007 – a feat matched only by S. Radhakrishnan.  Before that, Ansari had an illustrious career as a diplomat and academician. He was India’s ambassador to Afghanistan, Iran, Saudi Arabia and UAE, high commissioner to Australia and India’s permanent representative to United Nations. He is also a former vice chancellor of Aligarh Muslim University and chairman of the National Commission for Minorities.

But at the end of such an illustrious career, he would be remembered as the vice president who was accorded the worst farewell by the government of the day – just because he made some observations about uneasiness and insecurity among the Muslims in the country. Those were not the only observations he made, though, in his farewell interview with Rajya Sabha TV on the last day in office.

The outgoing vice president talked about a wide range of topics including nationalism, need for political dialogue in Kashmir, use and abuse of money bill, Triple Talaaq and India-China faceoff. He responded to interviewer Karan Thapar’s questions on religious intolerance, relations with former president Pranab Mukherjee, Modi and former Prime Minister Manmohan Singh.

Responding to Thaper’s question if the assessment of Muslims feeling uneasy or insecure was correct or an exaggeration, he said: “Yes it is a correct assessment, from all I hear from different quarters…I hear more about in north India, there is a feeling of unease, a sense of insecurity is creeping in.”

But Ansari might not have expected that Prime Minister Narendra Modi, new vice president Venkaiah Naidu and other BJP leaders would react so sharply.

Giving Ansari a backhanded compliment and a royal snub, Modi said that because he confined himself with purported Musilm affairs his entire career – as a diplomat in West Asia, in Aligarh Muslim University and the Minority Commission – he was now free to “work, think and speak” according to his “core beliefs (meaning revolving around Muslims)”. Naidu, who not long ago had compared Modi with God, accused his predecessor of indulging in “political propaganda” and asserted that there is no insecurity among the Muslims in the country. “India is the most tolerant country,” he said.

So upset was BJP about Ansari’s comments on intolerance and insecurity among Muslims that it allowed party general secretary Kailash Viyayvargiya to launch a blistering attack on the two-term vice president. Condemning Ansari’s “petty comments”, Vijayvargiya alleged the former vice president was seeking political shelter after retirement.

BJP’s ideological partner Vishwa Hindu Parishad jumped the bandwagon by comparing Ansari with the Father of Pakistan, Mohammad Ali Jinnah, and accused him of setting his own political agenda to make way for another partition of India.

Such criticism by BJP leaders triggered a trickledown effect among the party’s followers – the troll army – who painted Ansari as an “ungrateful Muslim”, “traitor” and “anti-national” all over social media.

Does Ansari deserve this kind of treatment? Or why was he meted out such treatment? After all, outgoing President Pranab Mukerjee made the same observations about intolerance during his last days. Probably, Modi wanted to convey a message that a Muslim like Ansari holding an important constitutional position has no right to speak about Muslim, while a Hindu like him holding another important constitutional position has every right to talk about “Samshaan and Kabastan”.

To give credit to Ansari, what he said were not off the cuff comments, but a part of a freewheeling interview. Talking about the growing intolerance in the country, Ansari said: “Breakdown of Indian values, breakdown of the ability of authorities at different levels in different places to be able to enforce what should be normal law enforcing work and overall the very fact that Indianness of any citizen being questioned is a disturbing thought.”

Speaking about Triple Talaaq prevalent in Muslim community, he said it was a social aberration. “The religious requirement is crystal clear, emphatic, there are no views about it. But patriarchy, social customs have all crept into it to create a situation which is highly undesirable.”

In the interview, he came across as liberal democrat statesman who looks forward to a modern India and took a critical view of weaknesses across religions. And he also brought home some home-truths.

On the contrary, by attacking him viciously the BJP leaders and their followers proved that Ansari’s apprehensions about intolerance were correct after all.