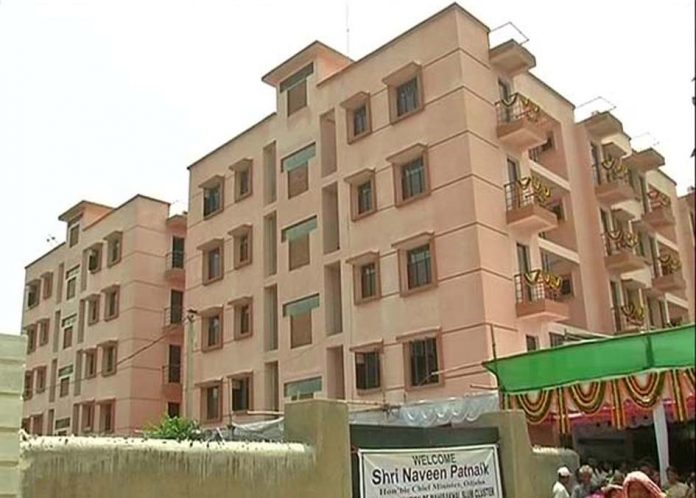 In a significant development which may have a political fall-out, the Odisha government recently decided to accord land rights and property rights to identified slum dwellers for redevelopment, rehabilitation and upgradation of slums.

The Biju Janata Dal government claimed Odisha is the first state to give land rights to slum dwellers. Following cabinet’s nod to the decision, chief minister Naveen Patnaik said, “It has been the effort of the government to bring about growth that is inclusive and empowering. The decision will be a landmark step in this regard, setting a benchmark for the entire country.”

The chief minister elaborated saying that urban poor in slums would get land rights for residential use that is heritable, mortgageable and non-transferable.

Explaining the rationale behind the step the chief minister said “They are the silent ones who keep our homes secure and comfortable. It is because of their sacrifice and hard work that the kitchens run, the gardens bloom, the city breathes and we feel secure……The fear of eviction coupled with harassment is always in their mind.”

Under the Odisha Municipal Corporation (Amendment) Ordinance, 2017, all slum dwellers belonging to the Economic Weaker Section (EWS) category will be entitled to a dwelling space of 300 square metres at affordable cost as determined by the government. The property rights shall be acceptable as evidence for address of proof of residence.

A senior government official explained that a certificate of property would  be issued jointly in the name of both the spouses in case of married persons and in the name of single head in case of a household headed by a single person.

Making it clear that property rights in relation to housing sites shall be heritable but not transferable, he said “The property can be transferable after 10 years only to other eligible beneficiaries. We have Adhaar card and other data base to check the authenticity.”

With urban elections not far away the move is likely to yield political dividends for the ruling party which is the reason why the BJP was quick to criticize it. However, a senior Congress leader described it as step in the right direction though belated.