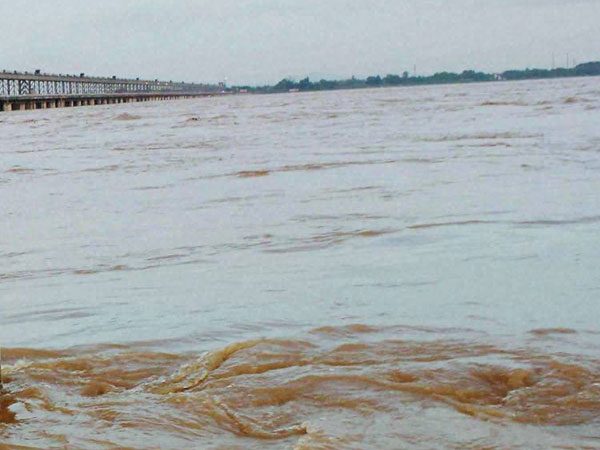 The proposed 201 km stretch waterway will help the industries in Kalinga Nagar and Vyasa Nagar industrial hub and mines in Talcher and Daitary to transport their goods through the two major ports of the state.

Here is some good news for the state. The first phase of National Waterway No-5 project has moved forward with the initiation of process for obtaining coastal regulation zone, environment and wildlife clearances from the Ministry of Environment and Forests.

“The Inland Waterway Authority of India (IWAI)  has engaged Chola MS Risk Services Private Limited for obtaining the clearances,”  said a senior official. “Documents for clearances have been submitted to respective authorities,” said sources in the IWAI.

The first phase of the water way (201 km) stretches from Jokadia/Pankapal near Kalinga Nagar industrial hub to Dhamara and Paradip ports. The Inland Waterway Authority of India  had a signed a MOU with the state government, Paradip Port Trust (PPT) and Dhamra Port Company Limited (DPCL) on June 30, 2014 for the development of the first phase.In the second phase, the stretch between Talcher and Jokadia (131 km) will be developed. The two-phase project with a length of 332 km will be executed at an estimated cost of Rs 2000 crore.

The proposed waterway will help the industries in Kalinga Nagar and Vyasa Nagar industrial hub and mines in Talcher and Daitary to transport their goods through the two major ports of the state. While a number of steel plants have come up in the Kalinga Nagar region, there are several coal mines in Talcher area and iron ore and chromite mines in Daitary area.

The first phase, considered the most viable, will be a part of the 588 km national waterway being planned between Talcher coalfields and Haldia port in Bengal. The project was conceived in 2008.

Work on navigational clearance below existing power lines from Dhamra/Pradip to Pankapal has started and is scheduled to be completed by March, 2019. The work is  being taken up with the help of Central Electricity Supply Utility, Northern Electricity Supply Company, Odisha Power Transmission Corporation and Power Grid Corporation of India Limited.

Meanwhile, IWAI has engaged a consulting agency for preparation of detailed engineering report to provide required navigational clearance for communication through the existing nine bridges from Dhamra/Paradip to Pankapal. The agency has submitted the inception report and the study is expected to be completed by March, 2019.

A permanent terminal is being developed by the Inland Water Consortium of Odisha Limited, the joint venture company formed by the state government, Paradip Port Trust and Dhamra Port Company Limited. Land for this has already been demarcated.

Dredging of a 36 km stretch of Brahmani river between Erada and Padanipal was taken up last year for the project. But the work had to be stopped due to court cases, official sources said.