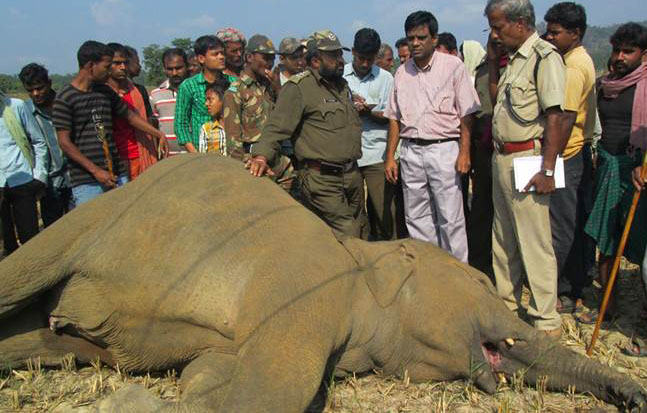 People disturb wildlife habitat. Hence, there is need for making forests replete with food and water so that animals do not stray into human habitations. We should also refrain from irritating them in any way. Human beings were not only prone to making unwanted entry into forests but also disturbing wildlife habitats in others ways through industrial and other kinds of activities.

Growing incidence of man-animal conflict in the state has become a cause of concern for forest officials and environmentalists alike with the latter blaming habitat destruction primarily for the phenomenon.

“Habitat erosion is a serious issue that needs to be addressed immediately. Forests are home to wild animals, who depend on them for food and protection. If forests are destroyed they are bound to move out in distress and raid human habitations which is what is happening now,” said former environment director, Bhagirathi Behera pointing to some recent instances of bear and elephant attacks on people in different parts of the state.

On April 2, three persons were killed and five others were injured in an attack by a wild bear in Keonjhar district. The bear attacked these people when they had gone to the Bhalupahadisahi forest for collecting Mahua flowers.

Similarly on October 17 last year a wild bear was beaten to death by an angry mob after it mauled to death a resident of Bhurudapalli village in Ganjam district.

In 2016 wild bears attacked and killed three persons including a woman in Nabarangpur district. The victims had gone inside a forest under the Jharigaon range to collect firewood  when  they were attacked by two bears.

Elephants, too, have been coming into conflict with humans frequently in the state. During the last six years 393 elephants have been killed in the state while jumbos have killed 300 persons. In June last year three elephants – two females and a calf – were electrocuted after coming in contact with high-tension electric wires in the Borapada forest on Dhenkanal outskirts.

Similipal deputy director, JD Pati cited several reasons for human-wildlife conflict in the state. “Less use of public toilets and more use of community ponds and river banks in elephant dominated landscapes like Angul and Dhenkanal and spatio-temporal convergence of humans and sloth bear during kendu leaf and mahua collection are among some of the factors,” he said.

Behera also cautioned people against disturbing wildlife habitat and emphasized the need for making forests replete with food and water so that animals do not stray into human habitations. “We should also refrain from irritating them in any way,” he added.

Green activist, Bijay Mishra said human beings were not only prone to making unwanted entry into forests but also disturbing wildlife habitats in others ways. “They disturb animals even without getting into the forests through industrial and other kinds of activities,” he added.