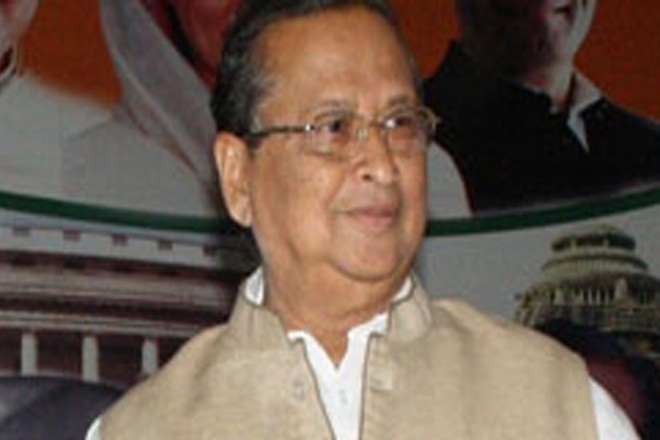 Rivals have begun sniping at the new Pradesh Congress Committee (PCC) chief, Niranjan Patnaik even before he sets his saddle. State unit’s newly appointed manifesto committee chairman Srikant Jena has stirred a controversy with his letter to the AICC with his suggestions about who should be the chief minister if the party is voted to power.

Reliable sources said if the suggestions made by Jena are accepted by the AICC, they would dash the hopes of the new PCC president Niranjan Patnaik of becoming the chief minister.  Niranjan is set to lead the party in 2019 elections.Sources revealed that former union minister in his letter titled ‘Preamble of Congress Manifesto for 2019 Elections in Odisha’, has emphasized three points – political representation, economic justice and social justice. The letter was also circulated to the members of AICC and members of PCC. Jena sought the views of the leadership.

Sources said in his letter, Jena opined that Congress, if voted to power, will select a chief minister and two deputy chief ministers, from among OBC/SEBC (54%), SC (16%) and ST (22.5%) candidates. This will enable extend representation to all section of the society since these communities are collectively 92% of Odisha’s population and ‘Bahujan’.

Sources revealed that if Jena’s suggestion is accepted, Niranjan Patnaik would lose the chance to lead the state if the congress comes to power.He has also raised the mining issue and wanted that Congress should take the lead from the stranglehold of mining mafia and ensure that the mineral wealth of Odisha is used for the welfare of the people. “Illegal mining operators have looted Odisha’s mineral wealth over the years (as per the Shah Commission report in 2022, this was in the excess of Rs 2 lakh crore). In addition to cancelling all mining leases and transferring them to the state government, the Congress government will confiscate the properties of all illegal mine owners and transfer the assets to a People’s Welfare Fund which will invest in education, health and infrastructure,” the letter said.  It may be noted that the family members of Nirajan Patnaik are in mining business.Jena also brought back the issue of Mandal commission. Under the social justice, the letter said “The Congress will implement within 30 days of coming to office, the recommendations of the Mandal Commission for OBC/SEBC in employment and education.”

He also suggested that the reservation for SC and ST in technical and medical education should be increased to 38.5 per cent as mandated by the constitution. “This will correct the willful neglect of these communities by successive state governments, who opposed the Mandal Commission report and left Odisha economically crippled as the poorest state in the country (As per Raghuram Rajan’s report in 2013).”

It also promises to address the issues of agriculture, prohibition, employment, health and education for all-round development of Odisha.