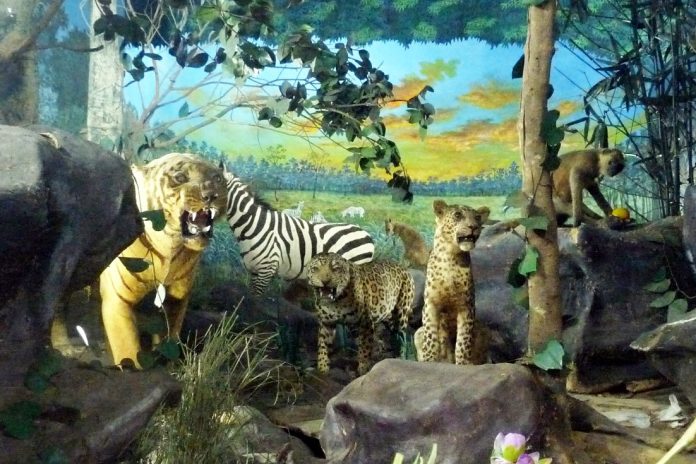 A state-level Environment Exhibition Center is being planned in the capital city for awareness and simplified demonstration of environment management system such as sewerage management, solid waste management, water pollution and air pollution etc. to make people aware of various aspects of environment and how to protect it in a way that is sustainable.

There is a need to make people aware of various aspects of environment and how to protect it in a way that is sustainable. With this objective in mind government has planned to open a state-of-the-art Environment Museum-cum-Exhibition Centre in the city soon.

The proposed facility will be constructed on the models of the one already existed in Japan and another one in Hong Kong. Sources said the Japan International Cooperation Agency (JICA) will assist the administration in designing the museum-cum-exhibition centre.

“There is a plan develop a state-level Environment Exhibition Center in the capital for awareness and simplified demonstration of environment management system such as sewerage management, solid waste management, water pollution and air pollution,” said an official in the know of things.

The Japanese government has developed such a facility in Kitakyushu city for general sensitization and education of school children. The center at Japan has different sections that introduce topics such as the history of Kitakyushu City’s triumph over environmental pollution, environmental issues facing the city as well as the earth and the city’s goal to become an eco-city of the future.

Environmental messages are projected for future generations onto globe-shaped dome theater ceiling and the information library allows visitors to browse and borrow environmental study materials such as books or videos. The idea apparently came from the associates of JICA and officials in Bhubaneswar decided to work on it.

An official said that the capital city had been selected under an eco-city programme of the United Nations and the city administration had been assigned different task under it to ensure sustainable development of the city. “We have got the resources such as a huge Chandaka forest and now we need to utilize it in proper manner. The new facility will definitely add to our efforts,” said a senior official.

Environmentalists also welcome the move of the administration to set up such a facility here. “ The smart city mission takes care of many things and under it the administration is focusing more on concrete and IT-based infrastructure. But it is really nice that they are also thinking on the lines of saving the environment. Such a museum will have a better impact on the future generation,” said a green activist based in the city.

Sources in the Housing and urban development department said they will prepare the concept plan for the project by August-September including brief on the scope of the work. “We will identify a suitable land and hire technical expert for preparation of the detail project report,” said an official.

City residents have hailed the move saying that a museum on these lines would add to the city’s tourism potential. “Bhubaneswar already has some major tourist attractions but a museum that caters to knowledge about environment and how to protect is very important and would make our city even more attractive to outsiders. We are looking forward to its opening,” said a city resident who is a Nature enthusiast.