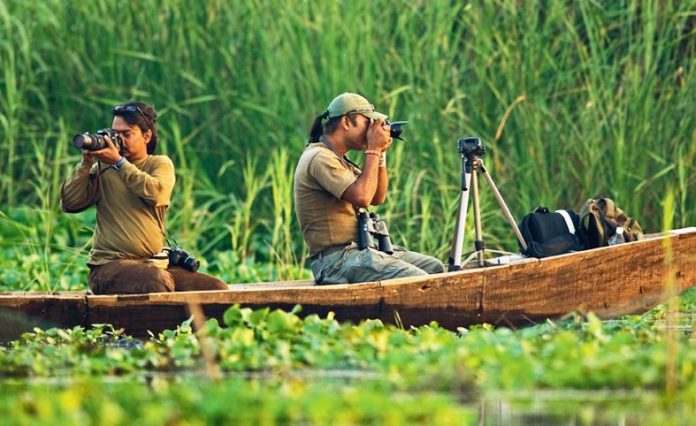 Govt. of Odisha has plans to develop 30 nature tourism spots in 22 districts of the state. While tourist infrastructure at these places is being developed by forest and environment department, tourism department is looking after the publicity aspect.

Eco tourism is the buzz word and the state government is doing its bit to make its wildlife sanctuaries and water bodies, among other Nature spots, as attractive as possible for tourists.

Official sources said that a project to develop 30 such spots is already underway in 22 districts of the state. While tourist infrastructure at these places is being developed by forest and environment department, tourism department is looking after the publicity aspect.

One of these eco-tourism spots being given a facelift is Mangalajodi on the banks of the Chilika lake, a bird watchers’ paradise. Sources in the forest department said that government plans to construct at least a dozen rooms, watchtowers and nature trails at Mangaljodi for bird watchers.

Dangmal, the famous breeding centre for saltwater crocodiles is also likely to get a makeover with tourist cottages and improved boating facilities being planned. “The plan sounds exciting and would boost tourism,” said a tourism enthusiast.

With a similar motive the authorities managing the Chandaka-Dampara wildlife sanctuary are planning to procure around 10 buses for to take tourists around the sanctuary,  which is spread over an area of 193 kilometers. The wildlife habitat has a number of tourist attractions including Deras, Jhumka, Godibari and Kumarkhunti apart from 32 small hillocks.

While the biodiversity of the sanctuary including 30 species of mammals, 27 species of reptiles and 120 bird species is a huge attraction it boasts of 23 natural water bodies including Deras and Jhumka reservoirs. The sanctuary attracts more than 15000 tourists every year.

The authorities of the Nandankanan zoological park in the backyard of Bhubaneswar are also doing their bit to promote eco-tourism. They are reportedly planning to merge around 600 hectares of land belonging to the Chandaka-Dampara sanctuary with the park to set up various animal safaris. The zoo, originally carved out of Chandaka-Dampara sanctuary, is a major tourist draw. However, many people feel that it can be made more attractive for tourists