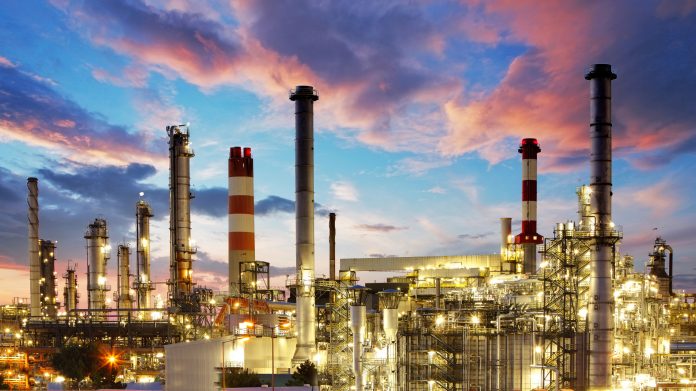 Odisha has successfully organized Asian Athletic Championship at Bhubaneswar and got appreciation from one and all.  It has proved its strength and potentialities. Under Make in India programme, it is competing with other states to attract  more investments to speed up its pace of development, with IPR-2015 in place. There is a stable government, a very strong bureaucracy and dedicated workforce and all the raw materials, to cater to any type of industry.

India as a nation, changed for ‘collaborative’ federalism to ‘Competitive’ federalism in 2014. Each state in the Indian Union is today competing with the other to attract investments to speed up its pace of development. Odisha is no exception.

Make in India movement has further strengthened the platform to resolve among the planners and administrators at state levels and to create the kind of business environment in their respective state, which would ensure the pace of investments into industry and commerce. It does not only keeps pace with that in other states but becomes their state attains the ‘number one’ destination in the race of attracting investments from both within and outside the country. The buzz word now is to create and implement policies related to ‘ease of doing business’. The realization and resolve is taking deep roots in socio-economic policy planning system of India as a nation. Each state in its economic chain plans that ‘jobs’ need to be created in larger numbers than ever before to not only ensure economic well being of population but also ensure peace and harmony in the country. Being a nation of predominantly younger people, creation of opportunities of earning livelihood for the growing number of youth coming into the job market, year by year, is growing into both a challenge and opportunity for the planners both at national and state levels.

Obviously, Odisha could not have stayed back in this race to attract investments that would help grow commerce and industry in the state and create quality jobs in required numbers. Its demography has its own challenges to meet. A state with a predominantly rural and tribal population, with one of lowest ‘quality of life’ index by national standards, had its own problems of socio-economic and developmental planning. But, the crux of the matter remained that as the major part of the population moved into the main stream of society, not only urban jobs had to be created but rural Odisha also needed to be carried along with creation of improved earning opportunities in its most backward areas, too. In a way, Odisha had its own and exclusive set of socio-economic problems and priorities to tackle as compared to most other parts of India.

Odisha had remained one of the most attractive destinations in the country for ‘big ticket’ investment, mostly in mega metallurgical, mining, energy, cement, fertilizer and oil refinery projects. Its attractiveness as a top investment destination emerged from no other factor but its bounty of natural resources. Investments came despite not being known to be a particularly industry friendly state. Neither was local entrepreneurship movement strong enough nor the backward civil infrastructure was attractive enough to draw entrepreneurs to move into the state and provide nucleus for development at ground level. Statistics remained very attractive. ‘Growth’ in economic terms was visible since turn of the millennium; but as far as ‘development’ goes, Odisha remained struck at the bottom of the ladder in the country in term of most socio economic development indices.

The 2015 industrial policy resolution of Odisha aimed at making non mineral based business in Odisha more attractive. The logic obviously was that big ticket investments and mega mineral based projects have not provided the impetus in development as was desired. More jobs per unit investment and utilization of state’s natural resources needed to be created. Odisha, apart from its rich bounty of mineral resources, is also blessed with a fertile land, varied climatic and a very wide range of soil fertility index. The state had not only a continuous 450 km coast line but had 13 rivers criss-crossing its length and breadth plus had large spread of inland fresh and brackish water reservoirs. The potential to grow into a major fishery centre by national and international levels was waiting to take off. Along with it, the potential of dairy, poultry and other forms of animal husbandry businesses needed to be promoted. The national policies were in place, ‘The Odisha IPR 2015’, aimed at meeting the ‘last mile gap’ in this regard at the ground level.

In addition, the IPR-2015 aimed at promoting upstream, downstream and ancillary industries to ensure to mega mineral based and other projects to ensure creation of adequate number of jobs at the grass root level.  The policy also brought is greater electronic and IT based interaction between prospective investors and the state’s administrative machinery. The objective was not only to improve efficiency in decision making in terms of ‘speed’ and accuracy’ but also to cut down on human interfacing. Web sites and apps were created for easing out information dissipation and ultimate decision making. Though Odisha was a relatively late starter in these efforts, the advantage of learning from the flaws of early starters was well utilized in fine tuning the new systems. The golden era of industrialization in Odisha seemed round the corner!For the growth of entrepreneurship and the MSME sector in a geographic location, a failed start up does more relative harm than many more numbers of success stories. Therefore, if the policy begins and ends with attracting investment but thereafter leaves nascent industries and businesses to fend for themselves to ‘float or sink’ does not really make a good advertisement copy for promotion of the state as an attractive destination for investors and start-ups.

Fortunately, the ‘Ease of doing business’ policies adopted under the Odisha IPR 2015, does makes a big statement in this regard. Surely, the process of registering and starting a business in the state in terms of availability of ‘current, correct and complete’ information on resources of land, market, infrastructure and application system has improved. But still, in recent time, the mortality rate of established businesses in the state, if anything, has only increased rather than reduced. The irony is that while the road shows and high profile announcements of progressive policies does help in bringing in investment, the voices of dissatisfaction from the operating entrepreneurs does not really do good to state’s image of being industry and commerce friendly destination. Therefore, the ‘ease of doing’ business image needs a continuity in implementation and providing support to businesses to grow and prosper at different stages of their growth to levels that other competing states are unable to provide for. What is needed is a sensitized and dynamic support system to ensure all around ‘ease of doing business’ in the state.