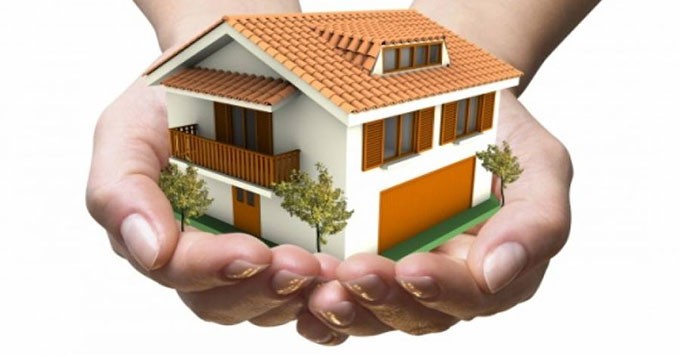 Hon’ble Prime Minister launched Pradhan MantriAwasYojana – Gramin (PMAY-G) on 20th November, 2016 from Agra.  The erstwhile rural housing programme, Indira AwaasYojana (IAY), was restructured into PMAY-G.  To achieve “Housing for All by 2022”, a target of completing one crore PMAY-G new pucca houses in rural areas by 31st March, 2019 and 2.95 crore pucca houses by 2022 was set. Of these, 51 lakh houses were to be completed by 31st March, 2018, which included completion of expected 2 lakh incomplete IAY houses as well.

*States have reported physical completions on the ground and progress is being uploaded on AwaasSoft portal as uploading requires release of final installment, geo-tagged photos etc. 40.25 lakh houses already uploaded. Rest also by this month.

The performance of the rural housing scheme has shown upward swing, increased nearly four times in the last four years. This is despite the fact that it took a few months to complete the process of beneficiary registration, geo-tagging, account verification etc. after the programme’s launch on 20th November, 2016.

Towards meeting the target of construction of 1 crore PMAY-Gramin houses by December, 2018, while more than 76 lakh beneficiaries have been sanctioned houses, approximately 63 lakh beneficiaries have received 1stinstallment. Highest number of PMAY-G houses have been completed in the State of Uttar Pradesh during the financial year 2017-18 followed by Madhya Pradesh and West Bengal. In fact almost all States who have the highest number of PMAY-G beneficiaries like Odisha, Chhattisgarh, Rajasthan, Maharashra, Jharkhand etc., are on course for completion of PMAY-G houses within the prescribed time-frame. So far 38.22 lakh PMAY-G houses have been completed. With Assam and Bihar also speeding up completion of houses we hope to complete 60 lakh PMAY-G houses by June, 2018 and 1 crore by December, 2018.

Construction of bigger and better houses has been possible due to transparent beneficiary selection, capacity building of beneficiaries, timely availability of funds to the beneficiaries, structured monitoring and course-correction based on the feedback on implementation

The faster completion of quality houses under PMAY-G has been facilitated by payment of assistance directly into the beneficiary account through IT-DBT platform directly from single State Nodal Account maintained at the State level. Use of IT-DBT platform has ensured transparent, hassle-free and quality programme implementation.  Payment to beneficiaries under PMAY-G, is routed through Public Financial Management System (PFMS). Direct Benefit Transfer (DBT) has led to:

A total of 1,92,58,246transactions through electronic cheques (Fund Transfer Orders) have been done by State Governments during 2016-18, to transfer assistance amount of Rs. 65,237.50 crores directly to beneficiaries’ accounts (as on 5th April 2018).

Space technology and IT platforms are being used to monitor complete cycle of house construction, right from identification of beneficiary to each stage of construction of houses to completion and each stage is being geo-tagged.

Ministry of Rural Development has developed a Performance Index incorporating various parameters of progress under PMAY-G. The Index acts as a tool not only to monitor progress of PMAY-G on various parameters across States, Districts, Blocks and Gram Panchayats but also instills healthy competition among them. It also helps in identifying areas of improvement and to motivate them towards better performance in implementation of the programme. The ranking of State/UTs and below on Performance Index is done on real time basis and changes everyday based on the performance of the State / UT and below. The national ranking of districts has also been introduced recently which places the performance of a district in the national perspective.

To ensure quality construction of a house and to facilitate availability of trained masons in the rural areas, Rural Mason Trainings are being organized. A total of 25,000 trainees have been enrolled, out of which 12,500 trainees have been trained and certified. The rural mason training has been initiated in 11 States and the States of Chhattisgarh and Madhya Pradesh have taken the lead and have the highest number of certified rural masons. It is targeted to train 1 lakh rural masons by March, 2019 which will contribute towards not only the quality construction of PMAY-G houses in rural India but also to the skilled manpower pool of the country. In addition this will also help in getting better livelihood opportunities for the trained Masons.

States have also taken adequate steps to ensure continuous availability of construction material at reasonable prices so that the pace and quality of construction is not adversely affected.Pucca houses constructed under PMAY-G with facilities like toilet, LPG connection, electricity connection, drinking water etc., are changing the rural landscape at a very fast pace. In some states PMAY-G houses are coming up in clusters/colonies which are generally for landless beneficiaries and these are provided many facilities in convergence with various Central and State schemes.Technology has been used to empower the poor. House designs prepared by UNDP-IIT, Delhi or by the concerned states have been made available to beneficiaries to choose the house designs that they like. 168 house designs typologies, suitable to local conditions and using locally available construction material, have been developed for 15 States. These house designs are cost effective & disaster resilient and they have been vetted by Central Building Research Institute, Roorkee. Bouquet of these house designs has resulted in technically sound houses of different designs coming up in rural areas which are a treat to watch. These homes are not only changing the rural landscape but also bringing about a social transformation in villages across the country.  The poor are getting safe homes and can live with dignity.