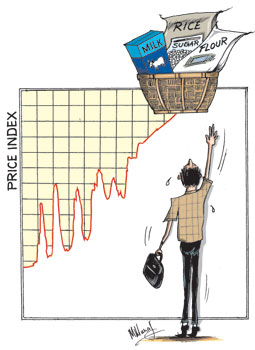 The Central Statistics Office (CSO), Ministry of Statistics and Programme Implementation has revised the Base Year of the Consumer Price Index (CPI) from 2010=100 to 2012=100 with effect from the release of indices for the month of January 2015.

All India Inflation rates (%) based on CPI (General) and CFPI

3.         Monthly changes in the General Indices and CFPIs are given below:

Note: Figures of March 2018 are provisional.