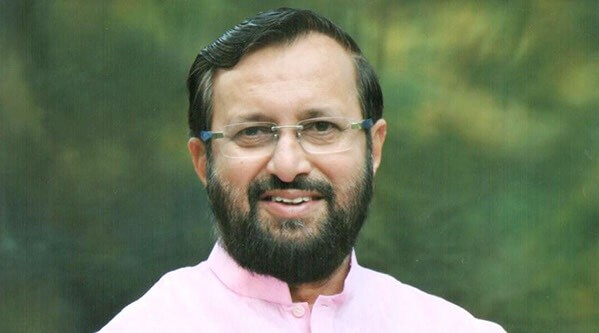 Human Resource Development Ministry today constituted the committee under the Chairmanship of Gujarat Education Minister Shri Bhupendrasinh Chudasama to suggest the ways to make the maths subject easy. This was announced by the Human Resource Development Minister Shri Prakash Javadekar after the Annual Meeting of National Council of Educational Research and Training- NCERT at New Delhi today. While briefing the media persons, Shri Javadekar said that this decision was taken on the basis of National Assessment Survey to eliminate the fear of maths among the students. He further said that eminent educationists and senior officials will be the part of this committee.

Shri Javdekar said that in second significant decision, another committee will be setup under the chairmanship of Deputy Chief Minister of Telangana Shri Kadiyam Srihari to suggest and strengthen the teacher’s in-service training. Eminent educationist and senior official will also be part of this committee. Both committees will submit their reports within three months. Education Ministers of six states and education secretaries of the states also participated in today’s annual meeting of NCERT.

HRD Minister was happy to announce that Government has received overwhelming response to reduce the burden of NCERT syllabus. 15000 suggestions have been received till date while Government is expecting more than 1 Lakh responses by the end of this month.

Shri Javadekar further said that all the education Ministers have welcomed the decision of Central Government to formulate a Integrated Scheme on School Education by subsuming Sarva Shiksha Abhiyan (SSA), Rashtriya Madhyamik Shiksha Abhiyan (RMSA) and Teacher Education (TE). He said that hostel facility under Kasturba Gandhi Balika Vikas KGBV Scheme has been extended up to 12th Class from earlier 6th to 8th Class. Shri Javadekar said that this year budget allocation for education has been increased by 20 percent and government is committed to increase it 20 percent every year. He said that Education Minister of States have also welcomed the new initiatives like Operation Digital Board and Integrated BEd course. He added that Government will provide sports equipments worth of Rs. 5000 to 10000 to every school per year. He said that 5000 to 20000 will be given to every school for the development of library. Composite Grant for the School has been increased from earlier 14000 to 50000 to 25000 to 100000. Girl student with special needs will be paid Rs. 200 monthly stipend.