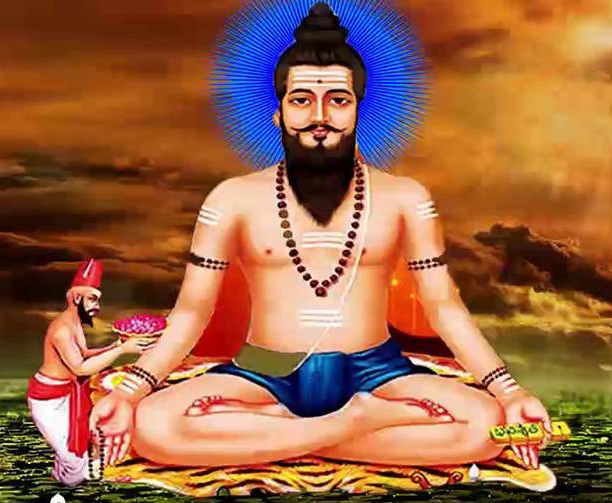 Pothuluri Veera Bramhendra Swamy, popularly known as Bramham garu, this soothsayer is often revered as the Nostradamus of modern India. The prophecies of the ancient saint-poet appear relevant today in the context of the affliction in the wake of Corona-19 pandemic.

Pothuluri Veera Bramhendra Swamy from Cudapah district of Andhra Pradesh could see visions about distant future India might encounter in the twenty-first century. This sixteenth century sage-poet wrote his visions in the form of poetic couplets in his Kalagnanam that revealed what the future held for posterity of his times!

Popularly known as Bramhamgaru, this soothsayer is often revered as the Nostradamus of modern India. His prophetic texts include Govinda Vakyas and Jeevaikya Bodha, which shed light on the philosophy of life and the transition of soul through mundane travails.

The ancient poet who foresaw that the days of modern civilisation are numbered would see revolutionary changes in people’s perception and attitude to life. He prophesied that people would ridicule his predictions and become lethargic or restless due to inclination
towards excess food, drinks and excess sleep in twentieth and twenty-first centuries.

The prophecies of the ancient saint-poet appear relevant today in the context of the affliction in the wake of Corona-19 pandemic.

The soothsayer had predicted that traditional Aryan values such as Varnashrama dharma – celibate, householder, forest recluse and renunciant – would degenerate over the years. Hindu religious rituals for deities and departed souls would be forgotten, but people would preach morals and deliver upadesam (advice) to others. Fake saints and
preachers would emerge and denounce Bhakti (worship), Jnana (knowledge) and Vairagya (renunciation) as the pathways of the timid and impotent people, he predicted.

Brahmam is believed to have been born to pious parents – Paripurnayacharya and Prakruthamba – belonging to a Vishwakarma community on banks of river Saraswati at Brahmandapuram. Deserted by parents in childhood, Brahmam was subsequently brought up by Veerabhojayacharya, head of Papagni Mutt, Chikballapur (Karnataka).

Values enshrined through social institutions like marriage and family involving husband-wife, parents, siblings, or schools comprising teachers and students would be lost towards end-times, wrote Brahmam. He saw kings (politicians) and their subjects would resort to deceit and bring harm to each other’s property, character and lives.

“Time and nature would change their pace. Seeds would not yield harvest. It wouldn’t rain on time or normally. Trees would not bear adequate quantity of fruits and flowers. The number of dairy animals would dwindle and those would not yield milk to satisfaction. People at large would fall prey to infatuation, lust and anger. People would become lustful and indulge in incest. They would lose the sense of distinction between right and wrong. Saints would be insulted by the wealthy and powerful. Sons would insult their father and wives their spouse….,” recounted Kalagnanam.

Fruits of hard work of one would be usurped by others. Law-breakers would become law makers and law abiding citizens would face persecution. Self realised teachers would become rare and the clan of fraudulent gurus would thrive. Some of them would even claim themselves as incarnation of Kalki. Communal riots would be seen at all places, the poet predicted.

“Smiths (engineers) would become jobless. Religious people would be disinterested in rituals and rites. People belonging to higher communities would lose their reputation. Renowned places of worship would be demolished and defiled by sinners. Hidden treasures would be unearthed from mutts and shrines. People of all castes would consume flesh of goat. Women would remain obsessed with obscene thoughts. Virtuous men and chaste women would be rare. Population in Northern states would be extinct due to wars…” suggests the poet.

These predictions by Brahmam are similar to the Malikas or oracles written by his contemporary Odia poets belonging to fifteenth and sixteenth century. Popularly associated with Panchasakha literary movement in Odisha, these devotee-poets Achhuta Das, Jashobant Das, Sishu Anant Das, Hara Das and Hadi Das practised occult and spirituality. The most popular among the oracles are the Bhabishya Malika and Kaliyuga Malika of Achyutanand Das, Jasobant’s Bhabishya Malika and Ananta Das’ Kali Malika that suggest how the end-times portend for the country.

The Malikas, invariably, suggest pandemic times due to unknown affliction and disease forcing people to use animal masks on their faces. Danger to lives of people from the mountains north of India was also foreseen in the writings.

Interestingly, we hear similar prophecies from the distant West when Renaissance poet and French astrologer Nostradamus (b1503) came out with great revelations about the world. He has been credited with forecasting crucial historic events right from the French Revolution to the rise of Hitler to the terror attacks on the World Trade Centre of September 11, 2001 and the 2020 Coronavirus. His book The Prophecies (1555) which has earned him worldwide popularity has predicted the end of the world in 3797.

Although Nostradamus’ quatrains prophesied distant future events, the dates of actual occurrence are mysteriously cryptic. Often, translation from the French into English and other languages has mystified literature beyond comprehension. Further research into the literature may shed light.