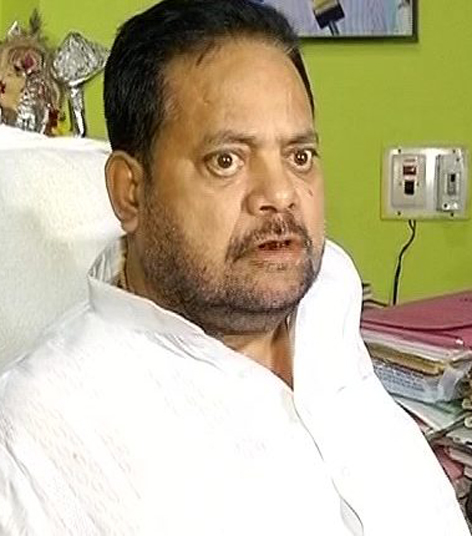 The owner of Jatra party, Pradeep Maharathy is no stranger to controversies. He is a six-time MLA from Pipili. He had to resign from his Ministerial berth. With this, Chief Minister sends out a message that he held women in high esteem.

Agriculture and Panchayati Raj Minister, Pradeep Maharathy stepped down recently in the wake of his “distasteful” remarks on the Pipli rape case. Though Maharathy claimed he had resigned mo moral grounds it was more than clear that he was eased out by chief minister, Naveen Patnaik who wanted to send out a message that he held women in high esteem.

Maharathy, a six time MLA from Pipli, had to go in the wake state-wide protests against him. Following the court verdict in the case that saw both the accused walking free Maharathy said that the victim had received justice. The statement had left a bad taste in the mouth.

Significantly his resignation came in the wake of Prime Minister, Narendra Modi’s  Baripada visit during which he accused the state government of failing to get the victim justice.

The 18-year-old girl from Puri district, who had gone out for morning ablutions, was found in a dishevelled state near her village in November 2011. Her family members alleged that two local youths, who  happened to be brothers, had raped and strangulated her as she refused to marry one of them. The strangulation led to severe hypoxia(lack of oxygen supply) in her brain and damaged her cerebrum, sending her into a state of prolonged coma. She died six months later.

The trial court said the prosecution failed to prove the circumstances and could not establish the complete chain of events proving that the two brothers had committed the crime. Though the state Crime Branch has announced that it would move the Orissa High Court challenging the acquittal of the two accused opposition parties are far from satisfied.

Last month, Odisha Pradesh Mahila Congress members had hurled tomatoes and eggs at the residential quarters of Maharathy demanding his ouster from the Cabinet and the BJP women’s wing workers had tried to gherao CM Patnaik’s residence.

“Maharathy has hurt the 4.5 crore people of Odisha with his irresponsible comments on the verdict,” said a prominent leader of BJP women’s wing.  Following Prime Minister’s comments on the case chief minister Naveen Patnaik had said, “We are following the case vigorously.”

Though Maharathy, who represents Pipili in the assembly, had subsequently apologised for his remarks following widespread condemnation, opposition parties stepped up their demand for his removal as minister. BJP activists in all urban centres in the state held candlelight rally, demanding the resignation of Maharathy and handing over the case to the Central Bureau of Investigation (CBI).

Maharathy had to resign from the ministry in 2012 in  the face of a state-wide hue and cry for allegedly sheltering the accused.

He again became a minister after the Biju Janata Dal (BJD) returned to power in 2014. The owner of Jatra party Maharathy is no stranger to controversies. He is a six-time MLA from Pipili, one of the most violence prone constituencies of the state. He had similarly got into trouble in 2014 for his alleged disrespectful remarks against BJP MLA, Radharani Panda in the state assembly. He later offered her an unconditional apology.