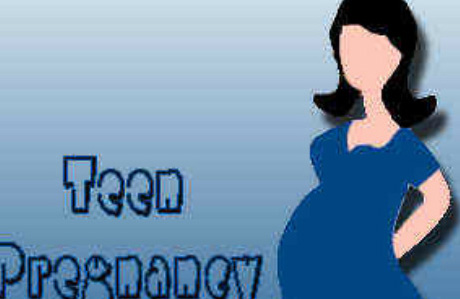 Schools in tribal-dominated areas, irrespective of the department running them, have not been functioning properly with complaints galore against them. About 40 students of Tarlakota residential school in Korukonda block of Malkangiri district jumped the school boundary wall in the middle of the night and walked several miles to convey their grievances to the district collector.

Concern over cases of pregnancy of teenage girls in schools and hostels run by SC\ST development department has been growing in the state. The issue has raised moral questions and also puts a question mark over the management of these institutions.

As many as 17 cases of teenage pregnancy have been reported from these schools and the hostels attached to them between 2009 and 2018. Most of the cases have been reported from tribal dominated districts with Nabarangpur accounting for four cases followed by three in Mayurbhanj and two each in Malkangiri, Sundergarh, Kandhmal, Koraput and Dhenkanal.Notwithstanding claims of disciplinary action against the errant school and hostel authorities by the government such cases continue to be reported, the latest incident taking place in Kandhmal district. Considering that allegations of torture and causing mental trauma have also been made against the teachers and employees of these institutions in the past there seems to be something seriously wrong with their management.

Schools in tribal-dominated areas, irrespective of the department running them, have not been functioning properly with complaints galore against them. Last year there were media reports about 40 students of Tarlakota residential school in Korukonda block of Malkangiri district jumping the school boundary wall in the middle of the night and walking several miles to convey their grievances to the district collector.

Their grievances included lack of electricity and drinking water facilities in their hostel. They decided to lodge a protest with the top district authorities after their repeated complaints in this regard to the school and hostel authorities fell on deaf ears.

Similarly in 2016 a group of 73 girl students of a school in Mayurbhanj district had walked 30 kilometres to meet the then district collector at Baripada to convey their grievances against the newly appointed matron of their hostel. The girls, who had been complaining against the alleged misbehaviour of hostel authorities, declined the police offer to transport them to the collector’s office and chose to cover the distance of 16 kms on foot.

This being the condition of schools and hostels running in tribal areas one can understand the vulnerability of students, especially girl students residing in hostels to abuse of various kinds. The incidents of sexual abuse in the hostels run SC\ST department have been more frequent and apart from raising the issue of moral turpitude they bring the efficiency of the authorities managing these institutions under the scanner.

It goes without saying that the perpetrator these crimes have been taking advantage of their position and the fact that victims invariably happen to be minors who can be lured or coerced into submission easily. The social stigma attached to sex related crimes sometimes helps their suppression and it is safe to assume that several cases of abuse must be going unreported. The cases generally come to light when the victim becomes pregnant. Nothing can be sadder.