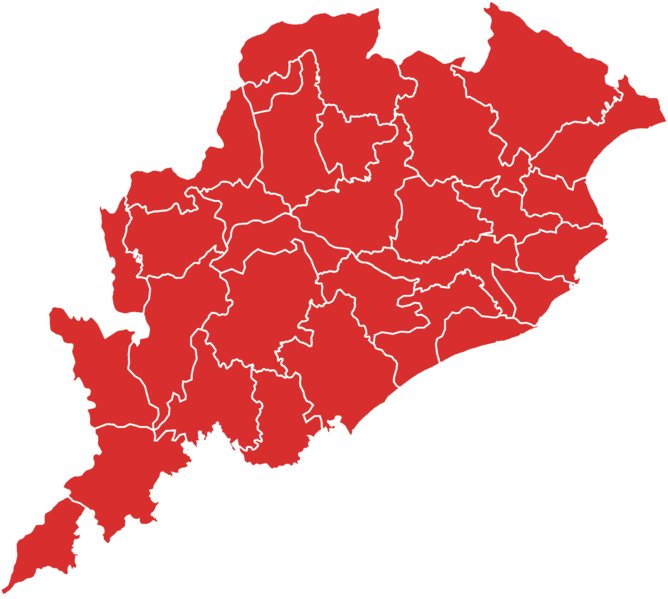 Odisha came into being on April 1, 1936, around a decade before India achieved independence from the British colonisation. The state was established as a separate British India province and the day is celebrated as Orissa Day to encourage the remembrance of the same and foster a spirit of unity among all the citizens of the state.

Orissa was the core of the Kalinga Kingdom. In 1576, coastal Orissa fell to the Mughal Empire. Parts of the coast were taken over by the Marathas in the mid 1700s. After the Carnatic wars, the southern coast of Orissa was merged with the Madras Presidency by the East India Company. Bihar and Orissa became separate provinces born of the Bengal coastal region in 1912. Modern day Orissa was formed as a province for the people speaking Oriya on April 1, 1936. It is the 1st state of the country, which was formed based on the language, people speak.

In Kalingan history, the ‘Kalingas’ acquired a fame for their martial arts as well as for being a fiercely independent race. The heroic deeds of the Emperor Kharavela bear ample testimony to the greatness of Odias in those days. Odisha is the land of Lord Jagannath which has the principle of “Sarva Dharma Samanvaya”. Odisha, not only has a rich language, but has a glorious past and rich cultural and architectural heritage. Its maritime relations with south-east Asia in the past, has been inscribed in golden letters in the annals of history. With successive invasions and arrivals of Muslims, Moghuls, Marathas, and the British, the land of Odisha has become a repository of varied experiences that culminated in the spirit of tolerance, universal brotherhood and peaceful co-existence based on secular credentials.

Orissa was renamed as Odisha by the Parliament of India on November 9, 2010. Oriya language was also simultaneously renamed as Odia. The Union Cabinet’s approval for classifying Odia as a classical language on February 21, 2014 triggered jubilation in Odisha with litterateurs, politicians and intellectuals saying that a long-felt demand had finally come true. Odia, one of the oldest languages, has become the sixth language in the country to get classical language status after Sanskrit, Tamil, Telugu, Kannada and Malayalam. Odia is a distinctly original language having no resemblance to Hindi, Sanskrit, Bengali and Telugu. It is established that Odia is the first Aryan language to get status of classical language. All expected that classical status to Odia language shall make Odisha government more responsible and a jubilant government shall take this opportunity to promulgate Odia as the official language of the state.

One of the few things Odisha is genuinely proud of is the fact that it was the first state in India to be formed on linguistic basis, way back on April 1, 1936 – 11 years before the country won its hard-fought independence. Ironically, the language which helped Odisha to get a proud identity is not being used as the official language. One will find the governance is being conducted in English language. The hoardings and name plates, indicators and the sign boards are written in English. Even the elites shamelessly prefer speaking in languages other than Odia, while stay outside the state.

The people of the areas which once belonged to Odisha but are now part of the neighbouring states of Andhra Pradesh, West Bengal, Jharkhand and Chhattisgarh – find themselves in an unenviable position. They are unable to shake off their Odia roots and integrate fully into the states they now live in even as they know they don’t stand a ghost of a chance of ever becoming part of the state they are culturally, sentimentally and historically attached to. What hurts them the most is the fact that mainland Odisha couldn’t care less for their plight. Today, Andhra Pradesh government is encroaching upon our villages of Kotia grampanchayat, as we failed to provide the local population relatively better education, healthcare and avocation than what Andhra Pradesh is offering to its people. Former Chief Minister Biju Patnaik made 30 districts out of 13, but the administration stayed away from the people as before, even farther.

A lot of sweat and blood has gone into the making of Odisha as we know it today and it would be a betrayal of the great souls, who worked so hard to build the unified state of Odisha. We must do everything to take the emotional and cultural integration of all Odia speaking areas to its logical end.

While we pay tributes to those great sons of the soil and fondly remember the contributions rendered by the architects of modern Odisha like  Utkal Gourav Madhusudan Das, Maharaja Krushna Chandra Gajapati Narayan Deo, Maharaja Sriram Chandra Bhanjadeo, Vyasakabi Fakir Mohan Senapati, Swabhav Kabi Gangadhar Meher, Utkalmani Pandit Gopabandhu Das and many other eminent personalities. The relentless struggle and hardship of many great men and women of this sacred soil will continue to inspire generations to come.

Endowed with abundant natural resources and skilled manpower, today’s Odisha forges ahead on the path of economic resurgence. The Odishan arts like textiles, handlooms, paintings, stone-carvings, horn-works, sand-art, filigree, applique works etc. have been reflections of the consummate skills of the artists and artisans. The Odissi dance, music as well as the Sambalpuri dance and music have created a unique identity of their own.

The Odias have successfully excelled in all spheres of life. They have brought laurels and accolades to the fields of science, technology, art, architecture, literature etc. Today’s Odisha is vibrant with growth and development in key sectors, along with the rest of the country. The pace of development could not be vibrant despite a long stable government, enough of natural resources, excellent manpower and policy frame works. It is perhaps only because we could not bridge the people with the governance. Insincerity towards language is the crux of the problem.On the august occasion of 82nd Utkal Divas, let us take a solemn pledge and resolve ourselves to achieve a prosperous and more vibrant Odisha. 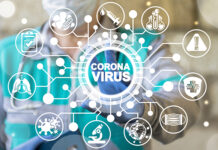 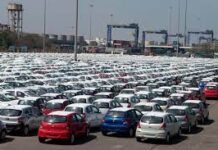