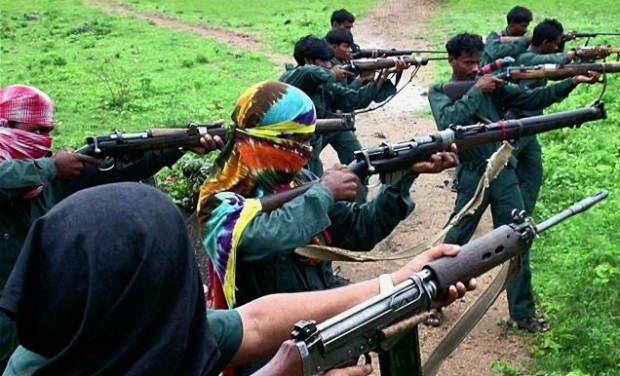 3 persons, including the village sarpanch Jagnnath Khara, who the Maoists suspected of passing on information about them to the police, were killed by a group of rebels. Khara was dragged out of his house and slit his throat. They left behind hand-written letters claiming that apart from being police informers the trio was trying to organise local resistance against the Maoist movement.

Combing by security forces in the Maoist-dominated districts has been intensified despite rains. However, Maoist ultras, who become hyperactive during this season, continue to target alleged police informers. The purpose, no doubt, is to create a fear psychosis and demoralise the forces engaged in the war against left wing extremists.

The latest killing of an informer was reported recently from Hatibari village under Nandpur block of Koraput district. The village sarpanch, Jagnnath Khara, who the Maoists suspected of passing on information about them to the police, was killed by a group of rebels who dragged him out of his house and slit his throat. His body was found lying in a pool of blood on the village outskirts.

The Maoists also torched some vehicles belonging to the deceased before disappearing into the nearby forest. A hand-written letter recovered from the spot asked the people of the area to refrain from taking up police or home guard jobs.

A senior police officer said through such acts the rebels were trying to strike terror among potential police informers. “They have done this in the past and they may do this  again. They also want to demoralise our forces,” he added.

On May 1, the Maoists had killed Deba Madkami, a resident of Tamaguda village in the neighbouring Malkangiri district in the same manner as Khara after branding him an informer. He was called out of his house in the morning and later his body was found on the village outskirts with the throat slit.

Just two days before that the rebels had gunned down two persons in the same district accusing them of carrying information to the police. A group of around 20 Maoists had shot dead Bisu Kirsani, a resident of Sudhagonda village, and Rama Madkami, who belonged to Puniamunda village, on April 28.

Malkangiri had witnessed similar killings three years ago with rebels punishing alleged police informers who they had also accused of organizing a resistance movement against them. On April 28, 2014 a group of 30 armed rebels had raided Kopara, Udaygiri and Mahupadar villages and gunned down three suspected informers. The bullet-riddled bodies of Talashankar Bhuyan (Udaygiri), Dhobunu Nayak (Kopara) and Mamgalu Kolar (Mahupadar) were later retrieved from the outskirts of their respective villages.

The rebels, including some women cadres, had left behind hand-written letters claiming that apart from being police informers the trio was trying to organise local resistance against the Maoist movement.

The killings have continued despite stepped up efforts by the police since March this year to protect its informers in the Maoist-dominated districts. Director general of police, KB Singh had also advised informers to keep changing their location and remain in touch with the nearest police stations. It seems to police will have to be extra vigilant from now on to save their informers.