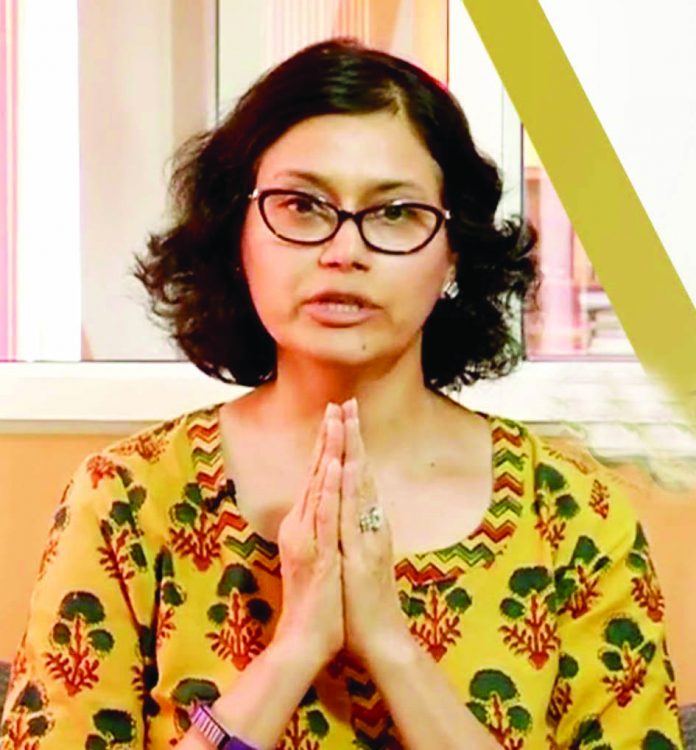 Confederation of Indian Industry (CII) has decided to pull out from the upcoming Make In Odisha Conclave, a mega business meet scheduled for November 2018. Though Jagi Mangat Panda, chairperson of CII (Eastern Region), had termed the decision of the CII as “disappointing”, she was still sought to be cornered by the BJD apparently because of her husband’s changed equations with the party bosses.

Very rarely has the Confederation of Indian Industry (CII) been caught in this kind of controversy. In this instance the controversy threatens to have a direct impact on one of the most important political and business families of the state.

The ruling Biju Janata Dal (BJD) has accused Jagi Mangat Panda, chairperson of Confederation of Indian Industry (CII), Eastern Region and wife of party’s suspended MP, Baijyant Panda of being behind CII’s decision to pull out from the upcoming Make In Odisha Conclave, a mega business meet scheduled for November. Panda, on her part, has asked the BJD not to drag her into politics. She has also made it clear that she would lend support to the business conclave.

Addressing a press conference in the state capital recently BJD spokesperson Pratap Deb said “After Jagi took charge of the eastern region on 17th March, the industrial body has taken a negative approach towards Odisha. Everything was all right till February. But within 18 days of the appointment of Mrs. Panda, CII refused to partner the state government.”

After Baijayant Panda was suspended from the party, the rivalry between Panda’s family and the ruling party has intensified. The BJD is boycotting all the programmes including debate and discussion on the TV channel owned by the family.

Though Jagi had termed the decision of the CII as “disappointing”, she was still sought to be cornered by the BJD apparently because of her husband’s changed equations with the party bosses. “There is a big conspiracy being hatched to derail the Odisha’s progress for personal gains. The stand taken by CII is influenced by Panda’s desire to settle political scores on behalf of her husband and it is utterly despicable. The people of Odisha will not tolerate this behaviour of Mrs Panda which is utterly anti- Odisha and anti-youth,” said Deb.Deb said “After Prime Minister Narendra Modi had requested the chief ministers to organise programmes on the lines of Make in India, Odisha government had participated in the Make in India Programme in Mumbai and Bangalore. Later, we had organized our programme with the support of the CII. The first edition of the conclave was a huge success.”

Deb alleged, “The CII had participated in the preparatory meeting of the Make in Odisha conclave on January 12, 2018. Even it had submitted an estimated budget for the conclave on January 17. On February 14, it had sent a list of coordinators for the business meet. But the way it suddenly backed out gives rise to a suspicion that some conspiracy is being hatched to stop the conclave.”

He said “Our suspicion has become stronger after two of its CII functionaries, its State Council president Arun Mishra and vice president Subrat Tripathy resigned from their posts respectively.”

On her part Jagi Mangat Panda urged the BJD not to drag her to politics. “Let them do politics with Baijayant Panda as he is directly involved in politics.  I am doing business for the last 25 years.  We have given employment opportunities to more than 3000 youths of the state in our company. I sincerely want that the growth of industry here in Odisha.”

She further said “As the chairperson of the eastern Odisha, I will extend all support to the Make in Odisha conclave. I wish the conclave a success.”