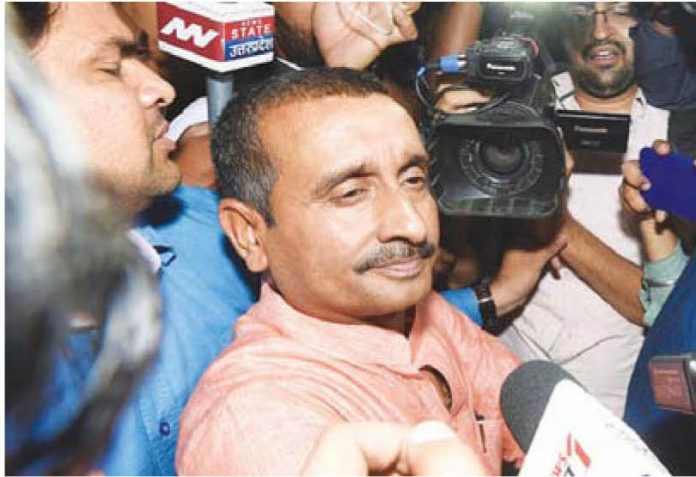 Yogi Adityanath government may not deviate from its zero-tolerance policy on crime and may firmly deal with criminals, no matter how influential they might be. Modi assured the nation that no criminal will be spared.

Unnao and Kathua rape cases have plunged the BJP into a crisis. It has also dented the image of Narendra Modi government. These cases, on the other hand, have imparted a momentum to the Congress-led opposition’s campaign against the Prime Minister who broke his silence on the issue following a countrywide outrage.

Amid a nationwide outcry for punishment to the guilty the Central Bureau of Investigation (CBI) arrested the BJP MLA accused of raping a minor in Uttar Pradesh’s Unnao while two ministers from the party in Jammu and Kashmir (J&K) who attended a rally supporting the accused in the Kathua rape and murder case had to resign. This happened after Modi breaking his long silence asserted that no criminal will be spared.

With the Opposition stepping up its charge that the states were shielding the perpetrators of violence against women Modi sought to salvage the image of his government saying that justice will be done to daughters of the nation.

Facing flak over the delay in taking action against his MLA in the nearly year-old rape case, Uttar Pradesh Chief Minister Yogi Adityanath said his government will not deviate from its zero-tolerance policy on crime and that it would firmly deal with criminals, no matter how influential they might be.

Congress president Rahul Gandhi, who led a midnight march on the issue in Delhi protesting the rape cases, hit out at the prime minister over his silence on violence against women and children, saying India was waiting for him to “speak up” and asked why accused rapists and murderers were being “protected” by the state.

Then Modi responded at an event to inaugurate the B R Ambedkar memorial in Delhi.  “I want to assure the nation that no criminal will be spared. Justice will be done. Our daughters will get justice” he averred in an apparent reference to rape cases in Unnao and Kathua.

Several BJP leaders hit out at the Opposition for “shedding crocodile tears” on the issue of safety of women and raised the issue of other cases of violence against women involving non-BJP leaders, including a few over a decade old, in what was seen by some as a case of whataboutery.

The fall-out of the action taken by the BJP against its leaders in J&K has been heightened tension between the PDP-BJP alliance. The resignation of the two ministers came after J&K CM Mehbooba Mufti spoke with Prime Minister Modi, Home Minister Rajnath Singh, BJP chief Amit Shah on the issue.

The impact of Sengar’s arrest is also likely to be felt in Uttar Pradesh which not only happens to be the country’s largest state but also politically most important, more so because the Prime Minister himself is an MP from there.