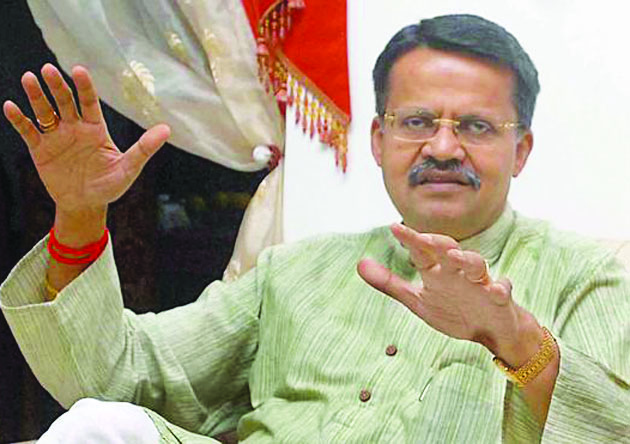 There are signs that ruling BJD is getting worried about the growth of BJP in the state. Ever since the saffron party put up a spectacular show in the last panchayat polls, the BJD and its leaders have been trying to find ways to contain its growth. As the next general election draws near, there seems distinct sign of nerves in the ruling dispensation.

The Naveen Patnaik-led Biju Janata Dal (BJD) is beginning to show signs of nerves at BJP’s growth in the state. This is evident not only from the escalating verbal war between the two parties but also from some recent statements and actions of senior BJD leaders.

Senior minister, Damodar Rout recently caused a stir by suggesting that a BJD-Congress pact to keep the BJP at bay was possible. Coming from a battle-scarred veteran the statement was significant and indicated that BJD was feeling shaky about handling a resurgent BJP on its own. Significantly, this was the second occasion in recent past when a senior BJD leader had made such a suggestion, the first being Cuttack MP Bhartruhari Mahtab.

Rout faced the same kind of criticism from his colleagues that Mahtab had been subjected to. Chief Minister, Naveen Patnaik himself had to clear the air reiterating that his party would continue its policy of maintaining equidistance from Congress and BJP.

In a bid to end the controversy triggered by Rout the chief minister tweeted: BJD is equidistant from Congress & BJP. With the blessings of our people we will continue in our fight for the rights of #Odisha.”

Rout had said that the current national scenario required unity of secular forces and the Congress was a secular party. He had said that though his political career rested on the anti-Congress plank but in the current scenario Congress was no longer untouchable.  “We have checked the BJP in the state. We will continue to do so. Whenever there is a threat to India’s sovereignty and integrity, the Congress has opposed it. Should we oppose the party then?” he said.

While a section in the ruling party members expressed reservations about Rout’s suggestion, even the congress leaders were skeptical about it. Party’s Kendrapara MP Baijayant Panda tweeted, ‘Those of us who assisted in founding the party to undo the gross damage to Odisha by them in ’80s/’90s will find this difficult to swallow.”

BJD spokesperson Amar Prasad Satpathy said “The Congress will be a liability. We have strength enough to win election alone.”  Co-operation minister Surya Naryan Patra said “the rank and file of the party cannot swallow it.”

The statement gave BJP an opportunity to boast about its growing strength. Union minister Jual Oram said “Dama Babu is telling the truth. He has realized the growing strength of the BJP.”

Another senior BJP leader, Bijay said “All should wait for the Bijepur assembly by-poll result.  It will be a turning point in Odisha politics. It will define the future alliances. Till then there is no need to talk about any alliance.”

The left parties also joined the debate saying that they will welcome the alliance. “We welcome that. All should join hands to oppose BJP’s communal polices and pro-corporate economic policy,” said CPI (M) leader Janardan Pati.

The moot question is: where was the need for Rout to make such a statement. He is no novice and studies the political situation in the state much better than others. Now that union minister, Dharmendra Pradhan has made it clear that he would be contesting the next election from Odisha, BJD is certain to become even more worried.

Then there are other signs of pre-poll jitters in the BJD. One could read one in the directions issued by chief minister at collectors’ conference in Bhubaneswar. After a below par performance in the last panchayat elections, the state government directed the “Babus” to reach out to the man at the last line connectivity and address their issues.  The state government has been worried over the issue despite having launched a number of welfare schemes as the benefits of these schemes are not reaching the people in the rural belt.

Chief minister Naveen Patnaik also asked the departmental secretaries to tour districts that come under their supervision for at least four days in the first week of each month to ensure that all welfare programmes reach  the grassroots level.

Addressing the collectors’s meet, Naveen said “ To ensure proper implementation of government schemes and actual delivery of services to the people, it is important that all the supervisory officers, right from the heads of the departments to block level extension functionaries undertake intensive field visits.” At the collectors’ conference, Naveen reviewed his 12 flagship programmes including Mamata, Niramaya, Biju Pucca Ghar Yojana, Mission Shakti, Rural Electrification, Public Distribution System, Pension scheme, Integrated Child Development Services (ICDS), Rural and Urban Drinking Water, Deep Borewell and Functioning of Hostels.  He also asked the collectors and other government mandarins to complete their unfinished tasks before the onset of next monsoon, so that the state won’t face any major problems like flood 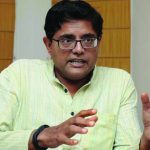 s and choking of sewers during rains.  “We have a period of eight months before the onset of next monsoon. This period should be utilized to speed up the execution of various developmental works by all concerned departments and agencies,” Naveen said.

He, however, made it clear that he would review every project on a monthly basis.  Naveen, who is giving a thrust on three Ts—Technology, Team Work and Transparency, today ma de it clear to the district collectors that he  would not tolerate any laxity in the execution of developm

ental works. While in the last meeting with collectors in June, Naveen had expressed his concern over the PC (Percentage Raj)  this time his major focus area was development.

at cover health, irrigation and safe drinking water. He also made it clear that sanctioning 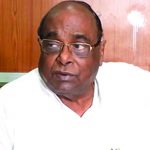 of construction workers pension will be decentralized. Collectors have to play a key role in this so that the workers get  their pension at the right time.

All these are signs that given the threat from BJP the BJD and its boss are keen to brush up their act before the next polls arrive. Reaching out to people has become important for the party to keep the stem the saffron surge.