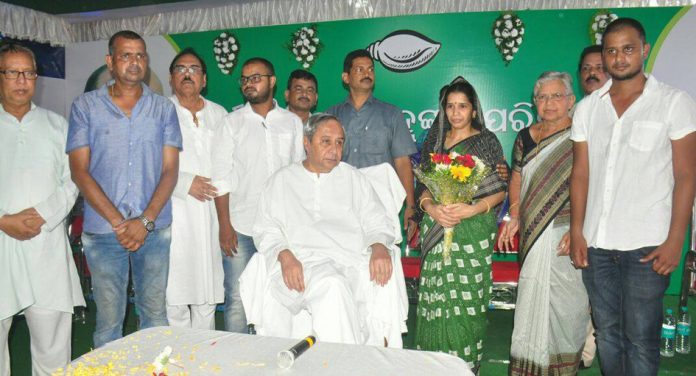 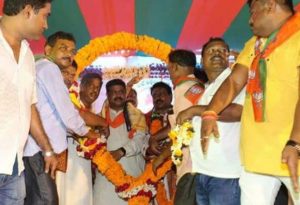 Season of defections has arrived with the assembly by-election at Bijepur. Odisha politics is undergoing a ferment state now with leaders changing loyalties to the political parties, they continued for so long. The trend is likely to continue till the next general elections in 2019.

This is the season of defections. State politics is in ferment state with leaders changing loyalties. The trend is likely to continue till the next elections arrive.

It all began with former Congress chief minister and tribal veteran from Koraput, Giridhar Gamang quitting the party he had served for several decades and joining the BJP along with his son Sishir. Not long after ruling BJD stalwart from the district Jayram Pangi switched loyalties and entered the saffron fold in an indication that lotus was going to challenge the conch in a big way.

As if, that was not enough ahead of the Bijepur assembly by-poll. Rita Sahu, wife of Congress MLA, Subal Sahu whose death has occasioned the bye-election, joined the Biju Janata Dal in the presence of chief minister, Naveen Patnaik who, a few days later, declared her the party’s candidate from the constituency.

This prompted former BJD MLA from Bijepur, Ashok Panigrahy to enter the saffron fold at a “Mishran Parva” organised by the BJP at Barpali near Bijepur. Thus battle lines were clearly drawn between the two parties in Bijepur.

Sources said Tirkey had written to the JMM leadership expressing his desire to return to the party with which he had begun his political career. Earlier, he had got elected twice on JMM ticket. Though he set up the Samata Kranti Dal’s Odisha unit, he managed to win the seat from Biramitrapur on his own strength in 2014 as an Independent candidate.

“We will be happy to welcome him. He was our own. He enjoys a lot of clout in the tribal belt of Sundargarh, Sambalpur and Keonjhar districts. We will welcome him by organising a big meeting,” said a senior JMM leader.

With this move, there is little doubt that he will contest the next election on a JMM ticket.

However, Tirkey has maintained that he is yet to take a decision on whether he would contest the next election or not.

What has become a concern for the Jharkhand Mukti Morcha is that there is competition between the BJD and the BJP to appropriate the political space occupied by the JMM, a major political force in Sundargarh, Keonjhar and Mayurbhanj.

The BJD had roped in JMM leader Debasis Marandi, who had fought the last general election in Mayurbhanj against the BJD’s sitting MP, Ram Chandra Hansdha, now in jail for his alleged involvement in the money deposit collection scam.

The JMM had turned Mayurbhanj and Sundargarh districts into its bastion and won two Assembly seats, one from each district, in 2004. It had also won the Mayurbhanj Lok Sabha seat in 2004. The seat was represented by former JMM leader Sudam Marandi, currently an MLA on a BJD ticket.The party had inducted Sudam Marandi in 2014 along with another JMM leader, Bhadav Hansda, now a BJD MLA from Saraskana.

The JMM’s gain, however, could be BJD loss as Tirkey had once been part of it. One cannot rule out more such developments in the near future.