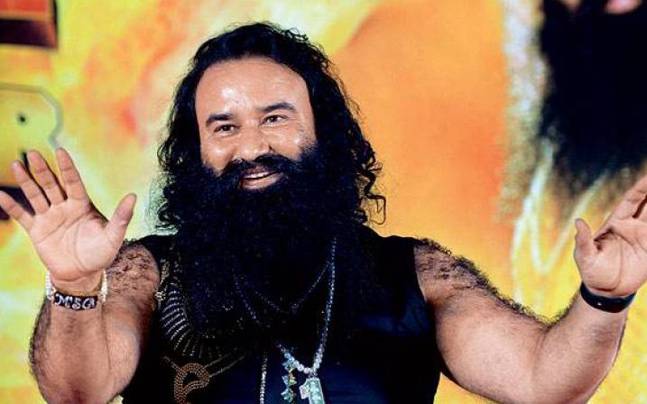 Dera Sacha Sauda is a by-product of the intense caste system in Sikhs and Hindus in Punjab and Haryana. Mostly poor oppressed classes like Dalits, stifled by the oppression of upper caste people like Jats, thronged the Dera that offered them a semblance of equality. As the followers of the Dera increased, it transformed into a huge vote bank.

The law of the land finally caught up with godman Gurmeet Ram Rahim Singh, the leader of Dera Sacha Sauda, headquartered at Sirsa in Haryana.

A CBI court in Panchkula in the state convicted him on August 28 for raping two both former disciples, and awarded 20 years’ rigorous imprisonment along with over Rs.30 lakh penalty. The sentence caused widespread violence in Sirsa, Panchkula and other parts of Haryana and Punjab leaving over 30 persons dead, 200 injured and properties worth hundreds of crores of rupees damaged.

The Haryana government led by BJP’s ML Khattar was caught with its pants down. It completely failed to control the law and order situation. Rather, it fuelled the violence by allowing lakhs of people pour into Sirsa and Panchkula. The director general of police of Haryana created a new definition of the prohibitory order under Section 144, when he said that it was clamped to check people carrying arms only and not meant for unarmed people!

Not surprisingly, the Haryana government came under heavy fire from the Punjab and Haryana high court. The court slammed the Khattar government for its abysmal failure to control the deadly violence. It went a step further to observe that Narendra Modi was not the Prime Minister of BJP only but of the whole country when the central government’s lawyer argued that the violence was a matter of the state.

Dera Sacha Sauda is a by-product of the intense caste system in Sikhs and Hindus in Punjab and Haryana. Mostly poor oppressed classes like Dalits, stifled by the oppression of upper caste people like Jats, thronged the Dera that offered them a semblance of equality. As the followers of the Dera increased, it transformed into a huge vote bank. By the time Ram Rahim was anointed its chief, the Dera had a hold over more than 25 assembly seats of Haryana and several others in Punjab. Ram Rahim’s clout grew rapidly as politicians of all hues kept him in good humour, despite several allegations of highhandedness being leveled against the godmen from time to time.

In May 2002, one of the two women disciples wrote an anonymous petition to the then prime minister Atal Behari Bajpayee as well as the Punjab and Haryana high court accusing him of raping her and many other women disciples. Two months later, her brother was shot dead allegedly by Dera goons. An editor of a Sirsa based newspaper, who published the anonymous letter and other stories against Ram Rahim, was too gunned down in front of his house.

The Punjab and Haryana high court ordered a CBI inquiry against Ram Rahim the same year on the basis of the anonymous letter. The CBI submitted its charge sheet to the court against the godman in 2007.

While took 15 years and more than 200 court hearings to convict Ram Rahim, no political party came to the rescue of the woman, who fought against all odds, and the son of the murdered editor. On the contrary, they flocked to his Dera to seek political favours, and eulogised him in public. On October 11, 2014, Prime Minister Modi said in an election rally in Sirsa: “Mein guru maharaj Ram Singhji, Mastanji ke Sacha Sauda ki bhumi ko pranam karta hun (I bow before the land of Sacha Sauda of Ram Rahim Singhji and Mastanji).”

Khattar assumed office on October 26, 2014, after BJP came to power in Haryana defeating the Congress, and Modi tweeted on October 30, 2014: “Appreciable effort by Baba Ram Rahim Ji & his team. Will motivate people across India to join Swachh Bharat Mission!”

On November 12, 18 BJP MLAs and ministers went to the Dera to seek Ram Rahim’s blessings. Last year, three ministers of Haryana doled out Rs.1.12 crore to Ram Rahim from their “discretionary funds” as the so called guru was doing “social work”. It is difficult to believe Modi, Khattar and other BJP leaders did not know that Ram Rahim was an accused in several cases including rape and murder.

The big media too largely refrained from exposing Ram Rahim as long as he enjoyed political patronage and never came to the rescue of the underdogs who fought valiant battles against the powerful sect leader. Now that Ram Rahim is behind bars, it is really amazing to see so many bizarre video footages and shameful details of his “sex escapades” flooding the news channels.

The question is: If the media outlets had so much “exclusive” footages against Ram Rahim, why did they keep them under wraps all the while, and for whose benefit? The Ram Rahim episode exposes not only the political class but the corporate media, which has now assumed the role of the unofficial outlet of the establishment.