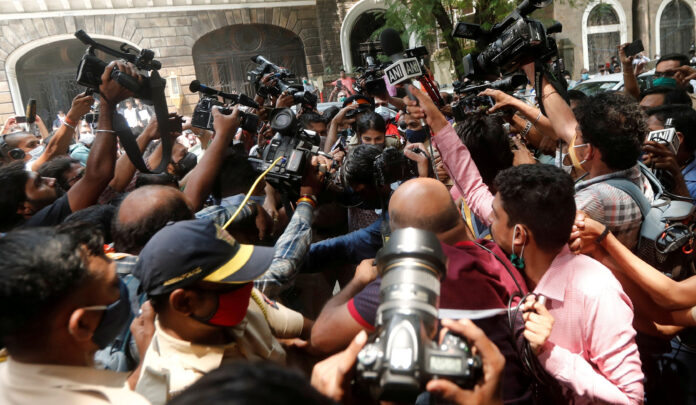 There is no doubt that media has played a vital role worldwide in strengthening democracy, administration, education and information. Media has been able to create worldwide awareness. But sometimes it becomes too frenzy.

In a time when there is cut throat competition in the media world to establish supremacy and increase of TRP, every channel is vying to pick up a sensitive issue with vivid details. The vast news resources available have increased competition for audience and advertiser attention, prompting media providers to deliver the latest news in the most compelling manner in order to remain ahead of competitors. The advent of 24 hour cable and satellite television news channels in more recent times have made the frenzy more furious.

Many media channels while describing a reporting also do not hesitate to mention “exclusive footage only in our channel”. There is no doubt that media has played a vital role worldwide in strengthening democracy, administration, education and information. Media has been able to create worldwide awareness. The recent Corona pandemic is a glaring example where media played a vital role in creating mass awareness. It has also brought the sad predicament of the migrating laborers to limelight, compelling the government to review their policy of lockdown.

The media which is considered as the fourth pillars of our democracy sometimes becomes so frenzy in some news, the viewers are bound to think that nothing more important are there besides those news. The media remained obsessed with the suicide/homicide news of a celluloid star that the death news of the ex- president was over shadowed. Similarly now is a case of rape. India is a country where approximately ninety cases of rape are registered daily, but how many of them getting the attention of media unless it turns to a Nirbhaya like case. Besides the registered cases, some cases of rape remain unregistered because of social and political pressure. But never the cameras of the channels have been able to unearth those cases by bringing them to lime light. The political parties and persons are jumping in those cases only where media coverage are more. They are doing so for obvious reason of their political gain. But why a viewer or subscriber of the channel will waste so much of time going every minute details of the issue?

In the recent Hathras issue, because of the media frenzy, the poor family members are not getting free time to perform their rituals and household works. Even they are getting no opportunity to mourn the death. In some of the news channels, regular debate on current and burning issues are held. If you see the panel, they are distinguished persons of different field, but the number is so high, many do not get fair time to put forth their views properly. Most of the time the debate becomes a pandemonium, the listeners have to toil hard to listen their views. After the completion of the debate hour, the viewer will blame him that why he wasted so much time to listen and learn nothing. The breaking of decency and decorum of debate in the so called national media has its bearing in other meetings also because participants cite the example of TV debate and takes pride of breaking the decency.

It is expected that the media should play a neutral role with unbiased reporting .But that is hardly seen in any media house. Because of the political affiliation and connection, some channels act in such bizarre manner that their hidden agenda hardly remain hidden. While doing so they forget that all the viewers and subscribers of their channel do not buy their view. It is a fact that without political patronage, it is difficult to establish and run a channel, but there should be a minimum ethics while airing news. Very often it is seen the anchors of different program sit in a judgmental position and try to moderate the views of the participants, the way they want or else they are denied fare opportunities in the pretext of paucity of time. Though innumerable news channels are there, viewers are in search of the channels where they can get news based on fact but not in the motive of creating sensation. Now it is time for all media magnets to honor the wishes of the viewers for whom they are getting TRP and advertisement value accordingly.