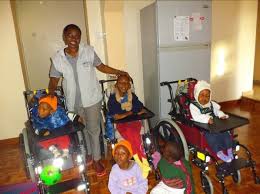 As per Section 2 (14) (iv) of Juvenile Justice (Care and Protection of Children) Act, 2015 (JJ Act), a child who is mentally ill or mentally or physically challenged or suffering from terminal or incurable disease, having no one to support or look after or having parents or guardians unfit to take care, if found so by the Juvenile Justice Board or the Child Welfare Committee, is included as a “child in need of care and protection” (CNCP), among others and Section 2(14) (vi) of the JJ Act, defines CNCP as ones who does not have parents and no one is willing to take care of, or whose parents have abandoned or surrendered him.

The primary responsibility of execution of the Act lies with the State/UTs. As per the information provided by the State/UT Governments including Telangana, as on date, the number of Child Care Institutions (CCIs) including children with special needs registered under the Juvenile Justice (Care and Protection of Children) Act, 2000/2015 in the country is at Annexure-I.

Funds in the form of ‘Grants-in-Aid’ are provided by the Ministry of Women and Child Development to the States/UTs under Child Protection Services (CPS) scheme for CCIs. Additional financial support is given for the CCIs having children with special needs i.e. children who are either affected by substance abuse or who are mentally or physically challenged. The scheme provides for purchase of specialisedequipments and materials like psychological test materials, training materials for speech and language, teaching materials wheel chairs, crutches, etc. The fund sanctioned for the construction of such homes are demand driven and financial assistance is provided to only those States/UTs who submits their proposal for the same. Fund sanctioned and utilized during the last three years and the current year, State/UT-wise including Telenganawhich are being supported under the CPS is at Annexure-III.

The funds under SwadharGreh Scheme are being released through State Governments. No funds have been sanctioned and utilized for construction of such homes during the last three years and the current year under this scheme. Most of the homes are functioning in rented buildings.

The State/UT-wise number of CCIs including children with special need under CPS Scheme as on 31.03.2019.

This information was given by the Minister of Women and Child Development, SmritiZubinIrani, in a written reply in the Lok Sabha