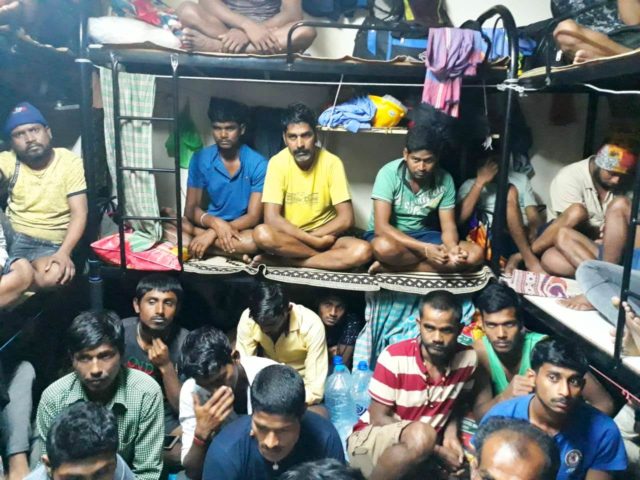 Instances of torture of migrant labourers from Odisha at the hands of middlemen and their employers are being reported with alarming regularity but there seems no end to this form of human trafficking.

A few weeks ago labour touts chopping off the toes and fingers of a migrant labourer from Nuapada in Maharashtra’s Nagpur has brought back the horrible memories of similar violence against two labourers from Kalahandi in 2013.

A labour contractor, referred to as ‘sardar’ in the local parlance in the hunger zones of western Odisha, had chopped off the palms of Nilambar Dhangada and Bialu Nial for refusing to do his bidding. They had been hired by the contractor to work in Raipur but were asked to proceed to a brick kiln in Andhra Pradesh at the last moment. When they refused the contractor and his henchmen cut off their palms leaving them permanently disabled.

In the latest case the labourer identified as Chamaru Paharia, a native of Tikirapada village in Nuapada, was punished for asking for his wages from the middlemen who had taken him to Nagpur to work at a building construction site. After cutting off three fingers of his right hand and all the toes of his right leg the touts dumped him at the Nagpur railway station.

After Paharia returned to his native village with the help of railway police, who found him at Nagpur station writhing in pain, a case was lodged with Komna police who have begun an investigation. Cases of torture of migrant labourers from Odisha at the hands of middlemen and their employers are being reported with alarming regularity but there seems no end to this form of human trafficking.

With employment scenario in the state remaining grim migration of labour from the hunger zones of Bolangir, Kalahandi and Nuapada has become an annual phenomenon. Even more worrisome is the fact that the phenomenon once endemic to this particular belt of western Odisha is now also visible in several other parts of the state.

Horror stories such as the ones mentioned above  notwithstanding, exodus of this labour force from the state continues. Roughly around 3.5 lakh people from Kalahandi, Balangir, Nuapada and Sonepur, the four west Odisha districts that are part of the infamous KBK belt, migrate to other states annually in search of jobs.

More often than not they return home with horror stories of  torture and exploitation at the hands of their employers but the outflow of labour continues. Fuelled by grinding poverty and helped by the state government’s failure to check the proliferation of illegal labour contractors it has acquired scandalous proportions.

It is a well-known fact that in western Odisha districts the migration begins in October soon after Nuakhai, the region’s biggest festival when poor families take advance money from the agents of labour contractors who infiltrate the villages. Soon after the families catch trains to destinations in states like Andhra Pradesh, Chhattisgarh, Maharashtra, Punjab, Karnataka and Tamil Nadu to work under inhuman conditions.

The argument in certain quarters of the government that this labour force migrates in search of greener pastures hoping to earn more does not hold water. The harsh reality is that this exodus is invariably triggered by the frustrating circumstances at home where with no job opportunities available hunger stares the workers in the face. We cannot stop this traffic without creating jobs which is the only guarantee against hunger.