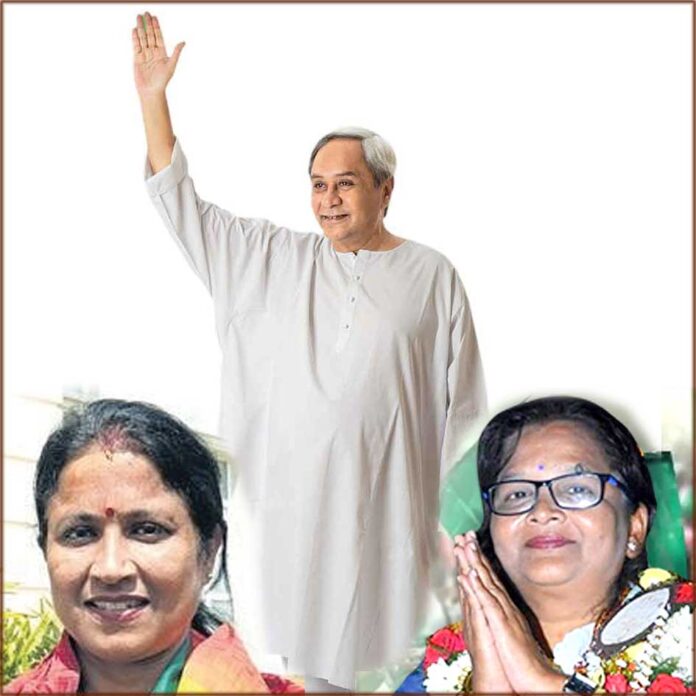 Results of the just-concluded panchayat and urban polls in the state have provided fresh proof of chief minister Naveen Patnaik’s growing popularity and re-established his political superiority. The rival BJP and Congress remain far behind Biju Janata Dal and cannot hope to present a credible challenge to the ruling party even in 2024.

The thumping victory of Naveen Patnaik-led Biju Janata Dal (BJD) in the just-concluded panchayat and urban polls has proved yet again that Patnaik brooks no challenge from any of his rivals in the state. The win will also serve as the bedrock for his party’s preparations for the bigger battle in 2024 which, as things stand today, he should win comfortably. Considering that these polls were seen as a verdict on the performance of Patnaik government the results have proved beyond doubt that he has got full marks from the electorate.

The complete dominance of BJD is evident from the fact that it won  766 out of the 852 Zila Parishad seats that went to polls, scripting a new record. The  BJP was a distant 2nd with 42 ZP seats while Congress was relegated to the 3rd position with 37 seats. The BJD got a total of1,10,89,712 votes (52.73%) out of the total 2,10,28,403 valid votes followed by BJP with 63,23,746 votes (30.07%) and Congress with 28,54,398 votes. The ruling party, which made a clean sweep of ZP seats in Bhadrak (28), Deogarh (7),Jajpur (39) and Jharsuguda (9), is set to form zila parishads in all the 30 districts of the state. BJD’s clean sweep in Deogarh and Jharsuguda is significant as the Opposition had formed zila parishads in these districts in 2017 panchayat polls. While Deogarh had gone to BJP, Jharsuguda had been claimed by Congress. In those elections as many as 10 zila parishads–Balangir, Bargarh, Deogarh, Gajapati, Kalahandi, Mayurbhanj,Sambalpur, Sonepur (BJP), Rayagada and Jharsuguda (Congress)–had been claimed by the Opposition. But this time the opposition stands completely decimated. Much to the chagrin of  BJP, state’s main opposition party that was hoping to project itself as an alternative to the BJD government, it failed to win even a single  ZP seat in 10 districts while the Congress could not open its account in 18 districts. The stupendous victory of BJD is bound to raise the morale of party cadre gearing up for the 2024 elections. In the last panchayat elections the party had won 476 ZP seats and emerged at the top but its performance was far below its 2012 tally of 651 seats. This was the result of a tremendous surge in BJP’s ZP seats which went up from a mere 36 in 2012 to  297 in 2017. The saffron party had taken advantage of a sharp decline in the fortunes of Congress whose ZP tally had gone down to 60 from 126 in 2012. But this time BJD has put BJP in its place by scripting an amazing success story.

Similarly, in the urban polls the BJD won in 76 out of 108 urban local bodies and also grabbed the mayor’s post in the three municipal corporations of Bhubaneswar, Cuttack and Berhampur. Significantly, the mayors of Bhubaneswar and Berhampur are women and have been directly elected for the first time.  The BJP came a distant second by winning 16 ULBs, and the Congress won seven.

A variety of factors were responsible for the ruling party’s victory in these elections, the most important of these being strategic planning and chief minister Naveen Patnaik’s image as an honest and efficient leader who cares for the masses. Having drawn important lessons from the 2017 panchayat elections, when the party had conceded a lot of ground to the BJP in western and northern Odisha, BJD strategists this time worked extra hard on correcting the past mistakes and ensured that leaders remained connected with the masses at the ground level. They also succeeded in taking the government’s programmes and policies to the people. The strategy has paid rich dividends with BJD winning a sizable number of ZP seats in these areas this time.     The BJD was also much better prepared than its rivals for the rural polls. Chief minister Naveen Patnaik had come out with a string of important pro-people announcements ahead of the polls. Among the major announcements were livelihood assistance of Rs1,000 each for Biju Swasthya Kalyan Yojana (BSKY) cardholders with special focus on the COVID-hit poor, monetary assistance for the beneficiaries of the National Food Security Act (NFSA) and State Food Security Scheme (SFSS) and a whopping Rs 1,444 crore package for repair of the damaged houses of people living in the rural areas.

Another important factor behind the victory of BJD is the massive support of women who have been backing the party because its government has been promoting them relentlessly. It is important to note that among BJD’s victorious candidates for Zilla Parishads and ULBs are several women candidates including the mayors of Bhubaneswar and Berhampur. Quite a few of these women also belong to minority communities – particularly the Muslim community, which constitutes less than 2% of the Odisha’s population. One distinguishing aspect of the BJD’s victory in Zilla Parishads was that more than 60% were women. Women have emerged as presidents of 70% of the Zilla Parishads – more than the 50% reserved for women.

In elections to choose the mayors for Bhubaneswar, Cuttack and Berhampur cities too, two women from the BJD emerged victorious – Sulochana Das in Bhubaneswar and Sanghamitra Dalai in Berhampur. Besides them a large number of women have won as ward councilors, municipality chairpersons.

The government had also extended help to members of women’s self-help groups (SHGs) being sponsored by the Mission Shakti department. The chief minister had laid the foundation stone for the Mission Shakti Bazar in Bhubaneswar through which SHG members can sell their products. The role of these women collectives, which have more than 70 lakh women, has been diversified over the years, with the government assigning them new responsibilities like cooking and distribution of mid-day meals in schools and collection of monthly drinking water charges from households in cities such as Bhubaneswar. Such endeavours have turned women into faithful voters of the ruling BJD. Meticulous planning and a strong organization have been  the most important factors responsible for making BJD the most successful and the longest surviving regional party of the state.

Chief minister Naveen Patnaik’s sparkling public image has made things easier for the ruling party in the elections. The chief minister, who made a hesitant entry into politics following his legendary father Biju Patnaik’s demise in 1997, has metamorphosed into a shrewd strategist, making short work of his enemies and making the right political moves.  Another important factor is that BJD being a regional party does not have to take orders from bosses in Delhi. It takes its own decisions and the powers in Delhi feel obliged to seek its help when required. This gives Patnaik a definite edge over rivals BJP and Congress which have their bosses in Delhi. Patnaik’s rising stature among the regional satraps of the country is evident from his standing in the various popularity surveys conducted by different agencies. The most recent one projected him as the most popular Chief Minister in Home State. The truth is that Patnaik’s political invincibility is beginning to acquire almost mythical dimensions with his party making a habit of winning elections. It has also won every bye-election held in the state since the general elections of 2019. The trend is likely to continue.