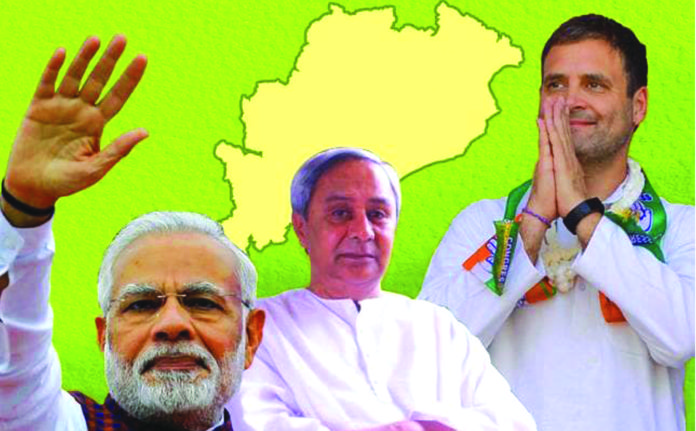 There were mass resignations from the ruling BJD with most of these leaders joining the BJP, which has been singularly bereft of leaders with glamour and charisma in Odisha. It wanted some big names to build up its image and these BJD discards required a credible political platform to contest the polls after facing disappointment in their own party.

There were mass resignations from the ruling BJD with most of these leaders joining the BJP which, struggling as it was to find known faces to put up as candidates, welcomed them with open arms. The need was mutual. The BJP, which has been singularly bereft of leaders with glamour and charisma in Odisha, wanted some big names to build up its image and these BJD discards required a credible political platform to contest the polls after facing disappointment in their own party.

Discontent also ran high in BJP and the Congress. The saffron party, which prides itself on its discipline, recently saw two senior leaders—Subhash Chauhan and Rajkishore Das – quitting the party and joining BJD. Both these leaders left after levelling charges against union minister, Dharmendra Pradhan who is supposed to be the poster boy of BJP in the state.Chauhan’s grouse was denial of ticket from Bargarh Lok Sabha constituency where he had put up a spirited fight against BJD’s Prabhas Singh in 2014. Having lost the seat to Singh by a narrow margin he was hopeful of not only being re-nominated by his party but also scoring a victory this time. So when the BJP decided to field its national president, Suresh Pujari from Bargarh Chauhan quit and joined BJD.

On the other hand Raj Kishore Das, who has also embraced the conch, felt suffocated in the BJP which, he alleged, has been monopolised by Pradhan. Irrespective of the truth or otherwise of the allegations made by Chauhan and Das their move comes as undeniable proof that dissidence is plaguing the state BJP in a big way.There is also disgruntlement among the leaders of the Congress which had suffered some debilitating blows before the announcement elections with Koraput MLA, Krushna Chandra Sagaria quitting following a prolonged tussle with his Jeypore counterpart, Tara Prasad Bahinipati. Soon after his mentor and former union minister, Srikant Jena followed suit.

The trickle of discontent in the Congress turned into a torrent with three more powerful MLA—Naba Kishore Das (Jharsuguda), Jogesh Singh ( Sundergahr) and Prakash Behera (Salipur)—also parting ways. They are now contesting the elections on the tickets of BJD and BJP. Demonstrations by disgruntled party leaders and their supporters outside the Congress office in Bhubaneswar still continue. Even the state Mahila Congress chief, Sumitra Jena is feeling aggrieved and has hit out against the state leadership.

Such widespread disaffection within the ranks of state’s three major parties had hardly ever been seen before. So the top leaders of all these parties ought to worry and, in  certain cases, reconsider their decisions. Stakes being high for them in these elections they cannot afford to have so many disgruntled leaders and workers which could result in rebel candidates filing nominations and challenging official candidates. In future they should try their best to avoid such developments.