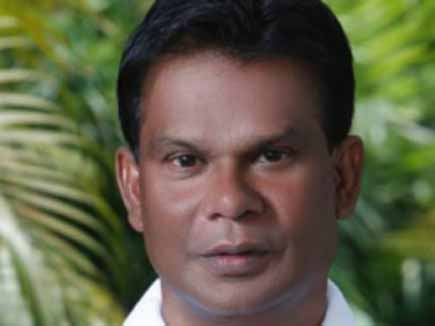 The businessman-turned-politician, former union minister Dilip Ray has a feeling that he is deliberately being ignored by the BJP leadership because a coterie in the state party unit did not want to see him rise in political stature. Returning to the saffron fold would only mean swallowing his pride.

Now his return has sparked off a buzz about the possible return of former union minister, Dilip Ray to the party. Ray, who was elected to the state assembly from Rourkela on a BJP ticket in 2014, had quit the party following inordinate delay in the construction of the second bridge over river Brahmani in the steel township and conversion of Ispat General Hospital (IGH) into a super-speciality hospital. These, he had said, were election promises made by Prime Minister, Narendra Modi and their non-fulfillment had pained him and made him lose his face before the electorate.

The businessman-turned-politician had a feeling that he was deliberately being ignored by the BJP leadership because a coterie in the state party unit did not want to see him rise in political stature. Considering that Ray’s relations with union tribal affairs minister and Sundergarh MP, Jual Oram have always been cordial; the common guess was that he was hinting at the other union minster, Dharmendra Pradhan and his followers when talking of vested interests in the BJP hurting him.

Pradhan’s relations with Mohapatra had also been less than cordial. In fact, it was the growing rift between them that led to the Kendrapara veteran’s resignation from the party. Having worked together under Biju Patnaik  Mohapatra and Ray, despite the age difference, enjoy a good understanding. They had not only joined the BJP together but were also following a common strategy within the party.

Hence Ray’s reported meeting with chief minister, Naveen Patnaik a few weeks ago had set off speculation about both him and Mohapatra joining the ruling BJD. However, while Ray’s political fate continues to be uncertain Mohapatra is back in BJP.

The question being asked is will Ray follow suit? There can arguments both for and against this possibility. The negative argument revolves around the premise that the issues on which Ray had resigned from the BJP still remain. There has neither been any significant development on the super-speciality hospital front nor on the second Brahmani bridge.

If the former union minister returns to the saffron fold without having his grievances redressed it would be a major loss of face for him and would bring him a few notches down in the eyes  of  the  people of Rourkela who had hailed the manner in which he had quit the party  to uphold the principle of homeland before the party.

Before stepping down as an MLA Ray had written a letter to his constituents and become a hero of sorts. Hence returning to the saffron fold without getting the Prime Minister’s twin election promises fulfilled would not only mean swallowing his pride but also cheating the people of the city. This would also mean losing face before the people of Rourkela.