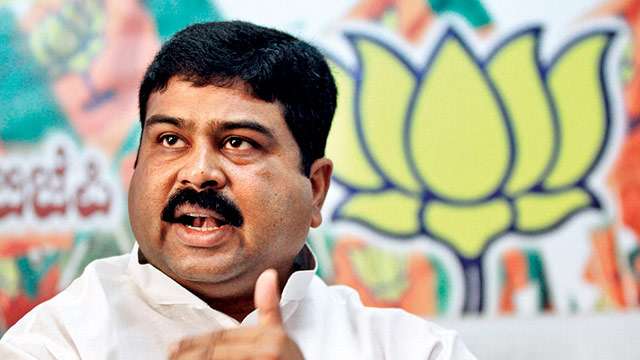 Pradhan carries a mature head on his young shoulders and has a deep understanding of state’s political landscape. He is a natural leader; who is not afraid of stepping up and seizing the opportunity. He treats himself as one among equals, not even primus inter pares or first among the equals.

Elections are already in the air and the talk in the capital’s tea kiosks and pan shops invariable veers round to the fate of major parties and their leaders. One name that crops up time and again is that of union petroleum and natural gas minister, Dharmendra Pradhan, the man widely perceived to be BJP’s chief ministerial candidate. He is the one being seen as chief minister, Naveen Patnaik’s rival and his alternative in the event of lotus blooming in the state.

What makes Pradhan so special? There are several things that appear to be working in his favour. For one he carries a mature head on his young shoulders and has a deep understanding of state’s political landscape. Like Naveen he is also good at reading the popular pulse. While Naveen’s advantage is that he has been in power for over 18 years and built up the image of an invincible leader Pradhan has youth on his side. It also clear that he is a natural leader who is not afraid of stepping up and seizing the opportunity.

Pradhan apparently believes in the dictum that brave deserves the bride. Unlike many other BJP leaders who are not willing to back their ambitions by taking risks the chubby-cheeked union minister is adventurous. He seems to believe that he is destiny’s child. It is this fearlessness that endears him to the youth. They rally around him because he is the only one who has the courage to challenge Naveen Patnaik.

Very often such leaders become arrogant but Pradhan is far from being so. Humble and down to earth he believes in taking the entire party with him. Instead of perceiving himself as “luna inter stellas minores” or “A moon among lesser stars”  he treats himself as one among equals, not even primus inter pares or first among the equals. But he commands natural respect as there is a natural aura of authority around him.

Yet another important trait of his personality is that he is a go getter. One he sets his mind on doing something he ensures that it is done. Odisha has always been uppermost in his mind. Which is why so many projects connected with his department including the Paradip Oil refinery project have been  executed in the state.

Some immature political observers projected former IAS officer, Aparajita Sarangi, who took voluntary retirement from service (VRS) recently, as a threat to Pradhan. The very premise on which their perception is built up is wrong. They appear to have ignored the fact that Aparajita, despite her ambitions, is yet to become a political creature. That required experience which she lacks.

There can be absolutely no comparison between her and Pradhan who hails from a political family and has risen from the ranks. He has spent time with BJP’s student as well as youth wings and now commands the respect of even senior leaders of the party though he himself treats them deferentially.

Always eager to listen to new ideas Pradhan is a democrat to the core and seems to possess the qualities that make a good leader. His rise to the top is only a matter of time.