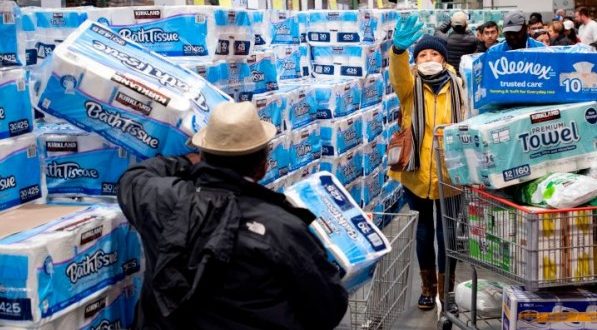 Bargarh district Police arrested a 32-year-old Prahallad Bisi after a raid on his premises in Rusuda village on charges of manufacturing a dubious vaccine for Covid-19. The drugs enforcement authorities raided his premises and asked him to reveal the composition of his purported vaccine; he refused, calling it a “top secret”. They seized several vials ehavio ‘Covid-19 vaccine’ from his possession. The raid was conducted after the man himself emailed the authorities asking for a licence to sell his product. During the raid, they found several glass vials with stickers of Covid-19 vaccine, some powders and chemical materials. The accused, who has studied up to class 7, however, had yet not started selling the fake vaccine. Apart from the fake vaccine, the officials also found some medicines to cure infertility at his premises, which fetched him a high price.

A government doctor was found giving vaccine at her associate’s home in Andhra Pradesh. Two doctors of another PHC were arrested for allegedly issuing fake COVID-19 negative certificates and illegally selling Remdesivir vials. Dr. Pushpitha and her associate Prema, were charging Rs. 500 for a shot of Covishield. The doctor used to get the vials from the PHC and vaccinate people at Prema’s house. It is suspected that the doctor forged the vaccination records to steal the vials and store them at Prema’s house. On receiving information regarding issuing of fake COVID-19 certificates, police approached a swab collector at another PHC and paid him Rs.500 to be issued with a certificate. Few hours later the swab collector handed over the certificate. Inquiries revealed that he was working in collusion with the PHC medical officer. In another operation, the police arrested the same doctor while he was selling them a Remdesivir vial for Rs.25, 000. The police recovered 11 vials from the accused who later confessed that they had sold three vials before for a price.

During the month of December last year, vaccines appeared to be the only way to beat the pandemic. The darknet was flooded with hundreds of domains promising ‘vaccines’ at a price — in some cases for as much as 250 USD. A global cyber security firm has found a stream of posts on the internet from sources claiming to have a range of ‘coronavirus vaccines’ or remedies for sale.

A scam appeared on Covid 19 vaccine registration. As the vaccination drive moved forward amidst the second wave of new cases in India, new issues surfaced. A fake SMS that claimed to register users for the vaccination program was in circulation, but instead of leading to the CoWIN platform, the message took whoever clicked on the link to a malicious page. This then lead to a malicious app trying to install itself on the user’s phone, conveniently named ‘Vaccine Register’. The malicious app looked like an alternative to the CoWIN platform, which then faced various issues like bugs, server issues and lack of vaccination slots. The message specifically targeted at Indian users who were registering to get vaccinated in the largest vaccination drive in the world. The vaccine registration was made open to all Indian adults. However, subsequently, Govt. of India made the netigens aware that the CoWIN platform and the Aarogya Setu app are the only two platforms that allow Indian adults to register for the Covid 19 vaccination. Any third party message, SMS, or eMail claiming to help with the registration process for the vaccine could be potentially dangerous.

As inoculation drive continues across the country for people above 18 years old, a shocking video of a nurse administering an empty dose of Covid -19 vaccine in haste has gone viral. The clip shows the nurse busy talking to people in the vaccination hall and taking out the disposable syringe from the wrapper and pushing it on the man’s arm. She is never seen filling the syringe from a vial of Covid-19 vaccine. The incident happened in Bihar’s Chapra district and the incident came to light after a friend of the man saw their vaccination video later.

A racket dealing with fake Remdesivir injection was busted in Gujarat. The accused persons prepared the duplicate anti-viral drug using compound of glucose and salt. A compound of glucose and salt filled into a glass vial – ehavio with a reputed pharma company brand, was all that a group of racketeers required to make and sell fake remdesivir injections in parts of Gujarat.

The crime branch police busted the State-wide racket of fake remdesivir injections and booked 8 persons in this connection of which seven are arrested. They seized 3,371 vials of the injection valuing Rs.1.61 crore at the market rate of approx Rs. 4,500 each, and Rs.90.27 lakh in cash, which the accused had allegedly earned by selling the fake injections. The accused allegedly sourced the empty vials from Mumbai, pasted the fake brand labels on the vials before filling them with 33gms of glucose-salt compound at a factory in Vapi and sold through select network.

In various parts of the country, Police and officials from the Drugs Control Department have arrested people for allegedly trying to sell oxygen cylinders at exorbitant high price. These arrests came in the midst of growing scarcity of medical oxygen following a surge in COVID-19 cases during 2nd wave. Several COVID-19 patients, who are experiencing breathing difficulties, were desperately trying to arrange for oxygen cylinders for which demand had shot up.

Some unscrupulous oxygen traders and retailers sold the oxygen cylinders without any documents. They were selling the cylinders illegally in the black-market for an exorbitant price, taking the advantage of medical oxygen scarcity in many hospitals.

The ehavior of the general public, which includes all our traders to doctors, police personnel to the scavengers, planners to executers and parents to students and teachers, is key to curbing the pandemic. It is important for social psychological researchers to use their knowledge to promote behaviours that help manage the crisis. Two types of behaviours are of particular significance. First, it is crucial to understand and increase compliance with the guidelines. Second, it is important to help others who are struggling to cope with the crisis. Such prosocial behaviours include doing voluntary work for health services, grocery shopping for vulnerable people, donating to food shelters, and offering support to those who feel overwhelmed. People who are already struggling with harsh living conditions were among the worst hit. It is therefore crucial for social psychological research to identify ways to better understand and promote prosocial behaviours to alleviate the strains arising from a prolonged pandemic. We have to find out remedy to curb the unusual greed, which we have seen during last few months in India.