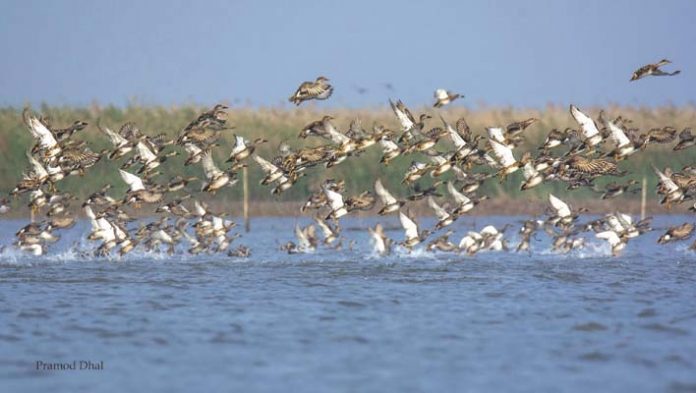 Once Mangalajodi was famous as poachers’ village’, because of the involvement of villagers in water bird poaching on a large, commercial scale. Even the eggs were not spared.  Wild Orissa with the help of the poachers, turned them as bird protectors.

Mangalajodi, the nondescript fishermen village, was the best kept secret of Odisha till recent days. People generally visit the Chilika lake for a glimpse of migratory birds during winter; knowing little about this paradise of birds.  This small fishermen’s village was unknown to the rest of world until the photographers like me show-cased the village in the different social media sites and the photographs of hundreds of species of birds clicked from here only after 2011. Even the majority of people of Odisha had no idea about it. Slowly tourists from other states turned to this village for watching the colourful migratory winged guests, which significantly contributed to the economy of Mangalajodi. Now, tourists from all over India and abroad have started thronging into the tiny village making it the birding hotspot. The marshland has been recently declared as an “Important Bird Area (IBA)”.

Mangalajodi is one of the oldest village coming under Tangi block of Khurda district in Odisha, 75 km from Bhubaneswar towards Berhampur with a huge marshland along the northern edge of the Chilika Lake. The area (about 10 sq. km) is primarily a fresh water zone connected by channels cut through the reed beds with the brackish water of the Chilika lagoon. The numerous channels that crisscross through the greenery, harbour thousands of water birds – migratory and resident. The wetland hosts more than 3,00,000 of birds in the peak season. November to March is the best time to visit this place. This region is a significant global waterfowl habitat now. Once Mangalajodi was famous as poachers’ village’, because of the involvement of villagers in water bird poaching on a large, commercial scale. Even the eggs were not spared.  Sri Nandkishore Bhujabal of ‘Wild Orissa’, has played a significant role single headedly in turning those poachers into protectors. Working in tandem with the local community, Wild Orissa gained insights into the dynamics of this trade of bird poaching and with the help of the poacher-turned protector, a committee for bird protection, ‘Sri Mahavir Pakshi Surakhya Samiti’ was formed in the year 2000.

After many battles and years of deliberation, it was possible to wean the poachers away from their trade by giving them hope of a sustainable and peaceful livelihood from tourism that the Mangalajodi Marshes held immense potential for. The erstwhile poachers today actively patrol and protect their marshes from bird poachers. Born naturalists, they monitor the bird population, co-ordinate with the forest department, assist in research and take tourists around on birding trips into the marshes.

By the year 2017, the marshland started becoming overcrowded with thousands of visitor coming from different parts without any restriction by the Govt machinery. This year the Chilika wildlife Division have taken initiative to save the ecosystem by restricting the tourist inflow by introducing entry fee, parking fees, battery operated rickshaw and stipulating fees for boat rides also, which will engage the local villagers, so that there will be a sustainable livelihood for them which in turn shall be a motivating factor for protection of Birds! 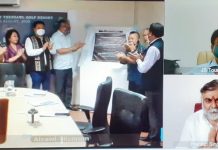 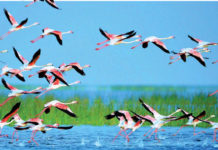