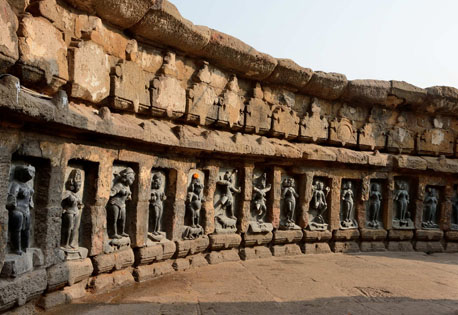 Bhubaneswar, the much talked about capital city of Odisha is in Khordha district and is only 25 km from Khordha town. This district has a number of places, which are unique and worth of paying visit by the tourists. Bhubaneswar, being the entrance of the golden triangle – Bhubaneswar, Puri and Konark – tourists usually see some of the places known for huge footfall; but usually ignore many. We shall discuss some of the ignored places in Khordha district of tourism importance.

It is situated in the village of Baghamari, at a distance of 42 km from Bhubaneswar and nearly 14 km from Khordha Town. Atri is famous for its perennial Hot Spring. The hot spring is reputed to have medical properties which are used both intensively and extensively for the cure 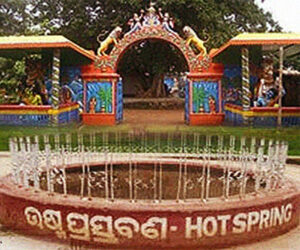 of skin diseases, and a temple dedicated to Lord Hatakeswara. Makar Mela – the annual rural fair held in the month of January with religious and agrarian flavor is worth visiting.

The temple city of India Bhubaneswar is the capital of Odisha. It is believed that there were about 7000 temples in Ekamra Vana of Bhubaneswar. Reminiscence of the days of yore dating back to the 6th century. Satrughaneswar and Laxamaneswar temple to the gigantic Lingaraj temple of the 11th century are available in the old township. Centuries of temple building activity continued well into the 12th and 13th centuries in the shape of Anant Basudev temple on the 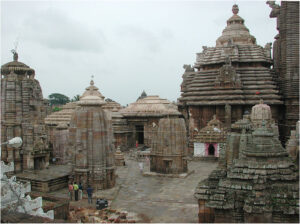 southeast of the Bindu Sarovar Tank. Besides the Khandagiri and Udayagiri Caves are rock-cut architectural beauties of the 1stcentury BC of Jain importance. The zoological paradise of Nandankanan Gardens on the north bank of Kanjia Lake which forms a picturesque Landscape. Modern Bhubaneswar also named as Smart City and has earned a reputation for its IT center and software parks as well as a model venue for conference and convention.

Located at a distance of 40 km from Khordha, Mangalajodi is a destination to get a peep into Mother Nature. It is an Ecotourism destination on the northern banks of world famous Chilika Lake.  It is the Bird’s Paradise, which hosts more than 3,00,000 birds in its marshy waters, especi 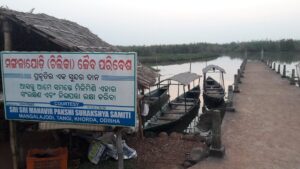 ally in winters. It is one of its kind ecosystems, whose protection is epitomized by a sustainable lifestyle. Mangalajodi Ecotourism aims to inspire, inform and enable communities to turn ecosystems into a sustainable source of livelihood through well managed low impact tourism instead of exploiting them for short term profits. 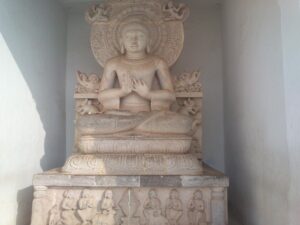 ce Pagoda built by the Kalinga Nippon Budha Sangha in 1973 and known as Shanti Stupa commemorates the change of heart of Emperor Ashok and the journey of Buddhism to the nation. There are two temples at Dhauli. One of Vairangeswar Mahadev and Dhabaleswar Mahadev. The proclamations of Emperor Ashok are recorded in the Prakrit language in bhramin script on the rock of Dhauli on the Southeast end.

The Khandagiri and Udayagiri Crave relive the memories of the Kalinga Empire under the Jain emperor Kharvela. There is about 40 rock-cut cave adoring the two hills separated by a road. 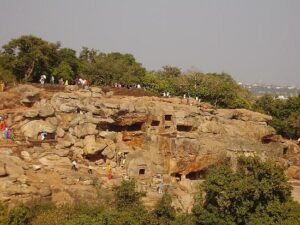 It is believed that the founder of Jain faith, Mahavir had visited Udayagiri and Khandagiri in the 6th Century BC. Modern scholars are found in Rani and Hati Gumpha in the Udayagiti with a description of the culture of dance in Odisha as far before as the 2nd century BC.

Center of Tantric orded for the worship of 64yoginis carved out of black chlorite stone. The 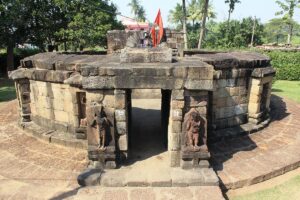 temple is believed to be built by the Queen Hiradevi of Bramha dynasty during 9th century. It’s built in a circular fashion, completely put together with blocks of sand stone. The inside of the circular wall has cavities, each housing the statue of a Goddess. There are around 56 such idols, made of black granite, inscribed within the wall cavities, centring on the main idol which is the Goddess Kali, who stands on a human head representing the triumph of the heart over the mind. The temple houses a central altar (Chandi Mandapa) which has the remaining 8 Goddess idols on all 4 sides. Some historians believe that an idol of Maha Bhairava was worshiped in the Chandi Mandapa.

Nandan Kanan National Park is situated 20 Km from Bhubaneswar.  The name Nandan Kanan means Garden of Pleasure, which gets justified when one enters the park. Along the banks of Lake Kanjia and amidst natural forest, is located. The Zoo has earned 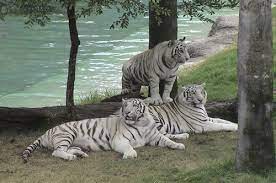 International Reputation for breeding of white royal Bengal tiger in captivity and has two separate safaris for Lions and Tigers. There is a Botanical Garden on the northern side of the zoological park overlooking the Kanjia Lake which is a resort of delight for the boating lover. Elepahant Ride, toy train and ropeway amusements are also available in the Park.

Tourists may stay in any of the numerous Hotels, Guest Housed situated near any of the tourism points or stay at Bhubaneswar and visits the placed by road.