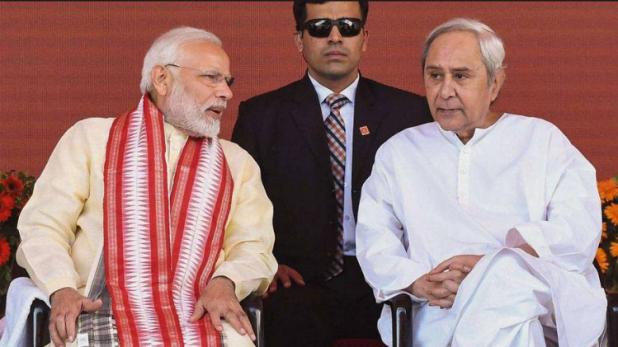 Elections are in the air and parties are ramping up preparations as the contours of the upcoming battle are becoming more or less clear. It is certain that Prime Minister, Narendra Modi and Chief Minister, Naveen Patnaik will be the main players. The outcome, however, will also depend a lot on how well the Congress can prepare for this crucial battle.

Parties have swung into the election mode. Irrespective of the outcome of the next poll battle the contest, by all indications, is going to be high voltage. Major players, as things stand today, appear to be the Naveen Patnaik-led Biju Janata Dal (BJD) and the BJP. Congress, though, still has the strength to make the battle triangular.

While Patnaik has already donned the combat gear and trained his guns at the BJP-led Centre the saffron party has also made it clear that Odisha figures prominently in its strategy for the elections. The state being a key element of its Look East policy the BJP hopes to make significant gains here.

That accounts for Prime Minister, Narendra Modi’s repeated visits to the state. Even BJP president, Amit Shah has been paying special attention to the state. Modi’s last visit to Bolangir on January 15 was his third to the state in the span of a month. Now Shah is coming.

The Prime Minister, who has toned down his attacks on the state government as part of a deliberate strategy, has been laying foundation stones for projects and inaugurating new ones during each of his visits, sending out the message of development to the people.

The Prime Minister, who had chosen Cuttack to present his report card after completing four years in office last May, may come again. The BJP technically is not even the main opposition party in the state, the honour belonging to the Congress which boasts of 15 MLAs. But BJP leaders are already behaving like the leaders of the main opposition party.

Two factors appear to have boosted the confidence of BJP. For one it had put up a credible show in the last year’s zila parishad elections with the party winning as many as 297 seats, a quantum leap from the 36 seats it had in 2012. Secondly the progressive decline of the Congress has created a vacuum that the BJP seems ready to fill up.

But the saffron party has been unable to build up on its zila parishad gains as evident from its defeat in the Bijepur assembly by-poll in February and more recently in the by-election to Bijatala zilla parishad in Mayurbhanj district. At both these places the BJD was the winner.

The defeat in Bijatala was particularly embarrassing for BJP as the  seat  belonged  to  the party  which  had been making tall claims about its hold  on tribal dominated districts like Mayurbhanj. Besides the BJD was able snatch away the seat despite its local MP, Ramchandra Hansdah, a chit fund scam accused, virtually missing from action during the campaign.

Given this backdrop the target of 120 plus assembly seats set by BJP president, Amit Shah for the state party unit appears rather unrealistic and aimed more at boosting cadre morale ahead of the general elections. Though the party has launched programmed like “ mo booth sabuthu mazboot” ( my booth is the strongest) and Jansampark yatra ( mass contract march) to reach out to voters across the state it still lacks the organisational strength of Naveen Patnaik-led BJD which has over the years turned into an election winning machine.

Equally significant is the fact that BJP has moved away from the core issues like development of western Odisha that had made it a force to reckon with in the state’s western belt which still accounts for eight of its 10 MLAs in the assembly. The party, which had once built up popular movements to highlight the poverty and under-development of western Odisha, an area notorious for droughts and starvation deaths, was seen as compromising on these issues when it shared power in the state with BJD from 2000 to 2009. Despite remaining in power for such a long time the party even failed to ensure fiscal autonomy for the Western Odisha Development Council (WODC), an exclusive body formed to boost infrastructure development in the poverty-ridden western districts.

In sharp contrast to BJP the BJD has been choosing its issues carefully with an eye to the elections which, from all appearances, would be a duel between the two parties. Chief minister, Naveen Patnaik played the regional card deftly recently by raising the demand for fiscal autonomy to Odisha while holding the Centre squarely responsible for the state lagging behind in areas like development of railways, national highway network and telephone connectivity.

The clever politician that he is  Patnaik  invoked Biju Patnaik, his father and an iconic figure in Odisha politics who was the first to demand fiscal autonomy for the state while raising the slogan of Odia pride. Echoing his father Patnaik sought to subsume his earlier demand for special category status to Odisha under the overarching fiscal autonomy issue. “If we have fiscal autonomy we will neither require special category status nor central grants. We can develop Odisha with our own resources,” he said in a deliberate bid to whip up regional passions.

As elections draw closer one will hear more of such rhetoric on both sides. What is to be seen is whether Congress, which appears to be in a hara-kiri mode, is finally able to put its act together or not. If it does, things will become difficult for the BJP which had done well in the panchayat polls by taking advantage of Congress’s decline. In both cases it is advantage Naveen Patnaik who, as things stand today, should have no problems winning a record fifth term in office.