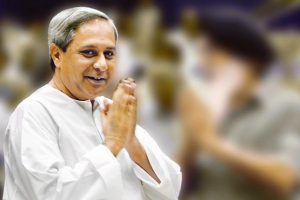 Politics over Mahanadi is hotting up again with BJP and Biju Janata Dal trading charges. Chief Minister, Naveen Patnaik, being keenly aware of the sensitive nature of the issue, has sought to take the high moral ground. He has pointed accusing fingers at his Chhatisgarh counterpart. One wonders when one would see the last of this controversy.

In the ongoing war between BJP and BJD over the Mahanadi issue, chief minister, Naveen Patnaik has sought to seize the high moral ground by accusing neighbouring Chhatisgarh and its chief minister, Raman Singh of being “non- cooperative.”

“Union Minister for Water Resources Uma Bharti had called a meeting of the Chhattisgarh chief minister and myself. He (Raman) was totally non-cooperative,” Patnaik told reporters recently reacting to Singh’s claim that the dispute could be resolved in three minutesif the two chief ministers sat for a discussion.

On a visit to Bhubaneswar recently to attend BJP’s national executive meeting, Singh had said, “We are ready for talks on the Mahanadi issue with Odisha Chief Minister Naveen Patnaik.” Describing the dispute as a “non-issue”, he said it was “unnecessarily made an issue” during the Odisha panchayat polls.

Bharti, who, too, was in Bhubaneswar to attend the BJP’s national executive meeting, preferred not to comment on the dispute. “As the Odisha government has taken the matter to court, I should not comment on it,” she said.

The battle over Mahanadi had entered a new phase in February this year with BJD activists staging a jal satyagraha in the river to protest Chhattisgarh chief minister Raman Singh’s one-day campaign in the state to drum up support for BJP’s panchayat candidates.

The novel protest was held in Sambalpur and Cuttack, the political nerve centres of western and coastal Odisha where the river is part of people’s daily life. It concluded in the evening with a jal arti that was symbolic of state’s anger and frustration at Chhattisgarh’s refusal to stop constructions in the upstream of the Mahanadi.

After standing in waist-deep waters of the river at Sambalpur and Cuttack throughout the day, BJD activists ended the agitation in the evening by offering earthen lamps to the river.

The dams and barrages being built by the neighbouring state, apparently with Centre’s support, threaten to reduce the flow of the Mahanadi water into the Hirakud dam, the largest reservoir over the river near Sambalpur. Mahanadi nourishes more than half of Odisha irrigating fields and caters to the daily needs of people.

With Chhattisgarh refusing to stop constructions, the matter has gone to court and Odisha continues to put pressure on the Centre for the formation of a tribunal to settle the vexed issue. The Centre, though, gave a new twist to the controversy on January 19 by announcing the constitution of a negotiations committee that seeks to broaden the scope of the dispute by examining the claims of not only Odisha and Chhattisgarh, but also Madhya Pradesh, Maharashtra and Jharkhand on the waters of Mahanadi and its tributaries.

The Odisha government reacted angrily with chief minister Naveen Patnaik not only rejecting the committee and reiterating the state’s demand for a tribunal, but also writing to Prime Minister Narendra Modi on January 28 urging him to restrain Chhattisgarh from undertaking further constructions in the upstream of the river till the tribunal was formed.

With Mahanadi having strained the relations between the two neighbours, Singh’s campaign in Balangir, Sundergarh and Jharsuguda districts at the invitation of the state BJP tomorrow raised the hackles of the BJD.

“Raman Singh’s campaign for panchayat polls in the state has hurt the sentiments of people who are shocked and scandalised by his stand on the Mahanadi dispute. The river is facing the threat of drying up with Chhattisgarh carrying out constructions in its upper reaches,” said BJD spokesperson Shashi Bhushan Behera.

Party’s youth wing vice-president Bijay Nayak said Singh’s campaign had added insult to injury. “His attitude has been anti-Odisha, which cannot be tolerated,” he said. However, Union minister Jual Oram trashed the ruling party’s allegations as political gimmickry and challenged the Naveen government to tell the people of the state what it had done so far to prevent the wastage of Mahanadi waters.

“For the past 17 years of this government, much of the river’s water has been allowed to flow into the sea. There has been no attempt to store it. Now for the sake of political gains, they are shedding crocodile tears over the issue,” said Oram.

As it is water being a   precious   and   fast depleting resource rivers have spawned much strife in India in recent times. They have been a source of discord  between  states. While Odisha has demanded the setting up of a tribunal to resolve the dispute eight such bodies to settle the claims of contending states over rivers of various shapes and sizes already exist in the country.  Very few of these—Krishna, Narmada and Godavari tribunals  being   examples—have had a modicum of success in redressing the  grievances of the clashing states.

Significantly, disputes over the sharing of Ravi-Beas waters between Punjab and Haryana and Cauvery waters among Tamil Nadu, Karnataka, Kerala and Puducherry continue to fester for want of satisfactory tribunal awards. The multiplicity of river dispute tribunals has, thus, failed to yield desired results.

In this rather gloomy scenario the Inter-State River Water Disputes (Amendment) Bill, 2017 offers a ray of hope. Despite objections from states like Odisha that feel that the BJP-led NDA government has violated the federal spirit of the country by not consulting states before drafting the legislation, the Bill that seeks to amend the contentious Inter-State Water Disputes Act, 1956 marks a significant leap forward in the attempt to resolve river water disputes.

For one it seeks to do away with multiple tribunals by proposing a single standing tribunal that would subsume all others. While the tribunal would be a permanent body it would have multiple benches to address various disputes as and when they arise with each bench terminating at the end of the award. Whether BJD would ever agree to such a proposal and the vexed dispute would ever be resolved is yet to be seen.May-01-15-2017