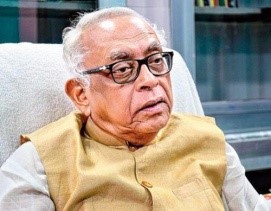 Following a closed-door meeting of Congress Legislators at the official residence of the Leader of Opposition, some of the MLAs openly voiced their grievances indicating that any delay in the removal of OPPC President could have grave repercussions for the party in the state. Congress MLAs have raised the issue several times and have made several visits to Delhi demanding a Change of Guard.

The Congress in Odisha is in turmoil with the chasm between Pradesh Congress Committee and the party’s legislature wing growing. This has been the feature of the party for the last one year or so. The net result has been the slide of the party with things coming to such a pass that it finished third in the last panchayat polls behind the BJP.

Sources say that frustration among the party MLAs is growing with some party leaders migrating to BJP and BJD. The MLAs now appear to be more determined than ever to seek the ouster of  PCC Chief Prasad Harichandan who is battling hard to save his position.  The MLA would also seek the removal of  AICC Odisha In Charge B K Hariprasad who they blame for the party’s current mess and who is widely perceived to be pro-Harichandan.

The latest developments followed a  closed-door meeting of Congress Legislators  at the official residence of the Leader of Opposition, Narasingha Mishra here. Following the meeting some of the MLAs openly voiced their grievances indicating that any delay in the removal of Harichandan could have grave repercussions for the party in the state.

This, incidentally, is not the first time the Congress MLAs have raised the issue. They have made several visits to Delhi demanding a Change of Guard in Odisha Pradesh Congress Committee (OPCC) but somehow Harichandan has managed to survive.

Among others senior MLA from Jeypore Taraprasad Bahinipati and two others, Prafulla Majhi and Jogesh Singh have sought a change in the state unit . They are reported to have sought an appointment from AICC Vice President Rahul Gandhi. Bahinipati recently suggested that not just the Odisha Pradesh Congress Committee (OPCC) leadership needed structural changes. It had become imperative for the party’s revival.

However, some other Congress leaders said that the decision to bring about any change in the party’s state leadership was the prerogative of the party’s High-command. But there is no denying that the party leaders are becoming restive with some important leaders quitting the party. While some like former chief minister, Giridhar Gamang joined the BJP some others have joined the BJD.

Demand for the Change of Guard in the PCC got louder reportedly in the wake of party’s debacle in this year’s Panchayat polls.  After the poor results in Rural Poll, a section of party leaders went to meet the AICC Vice President Rahul Gandhi and the latter gave them positive assurances but they got frustrated as there was no real change.

Since there has been no change in Leadership they have decided to visit Delhi again to reiterate their demand. This time they appear to be more since than in the past. The situation is being watched closely by both the factions.