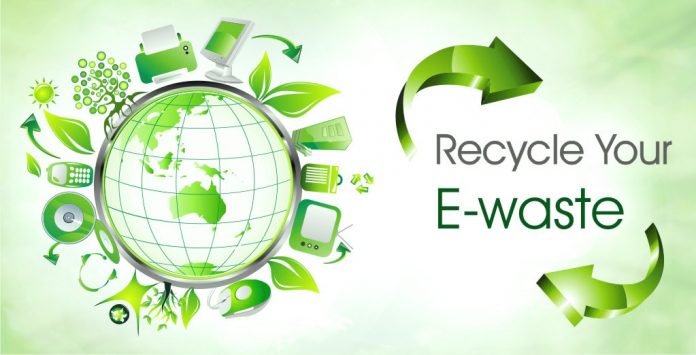 Sustainable resource management demands the isolation of hazardous metals from e-waste and also maximizes the recovery of PMs. The amount of gold recovered from one ton of e-waste from personal computers is more than that recovered from 17 ton of gold ore. The processes for recovering precious metals (PMs) from electronic scrap, in limited cases are easier than their primary ores. The extraction of PMs (Au, Ag and Pd) and BMs (Cu, Pb and Zn) from e-waste is a major economic drive due to their associated value.

Innovations on the electrical and electronic equipment not only has increased its uses but also has  shortened the life span of the equipments, and thus enhanced the generation of waste from electrical and electronic equipment (WEEE) or electronic waste (e-waste). “E-waste encompasses a broad and growing range of electronic devices ranging from large household devices such as refrigerators, air conditioners, cell phones, personal stereos, and consumers electronics to computers which have been discarded by their users.”

Traditionally, most of the e-waste ends up as landfill. According to the U.S Environmental Protection Agency report on e-waste management – 2008, 19% of e-waste is combusted and 81% is disposed in landfills. The disposal of e-waste underground has multiple disadvantages including the contamination of underground water and soil, and wasting a potential source of valuable metals. The global production of e-waste/WEEE is increasing rapidly and is expected to accelerate in the near future. E-waste is classified as hazardous material therefore should be managed properly. However, the presence ofprecious metals (PMs) in e-wastesuch as gold (Au), silver (Ag), platinum (Pt), Gallium (Ga), palladium (Pd), tantalum (Ta), tellurium (Te), germanium (Ge) and selenium (Se) makes it attractive for recycling.

As per a study by Assocham, US is ranked top; acquiring the highest share of importing e-waste in India followed by China and European Union (EU). Looking at the country-wise share in India’s e-waste imports, US has a maximum share of around 42%, China at around 30% followed by Europe at around 18% and rest 10%  is from other countries like Taiwan, South Korea, Japan etc. Less than 2 % of India’s total electronic waste (e-waste) gets recycled due to absence of proper infrastructure, legislation and framework. As per the study, India produces nearly 13 lakh MT of electronic waste every year. Mumbai (96,000) tops the list in generating e-waste followed Delhi-NCR (55,000) and Bangalore (52,000). Chennai, Kolkata, Ahmedabad, Hyderabad and Pune find a place in the ladder, at 47,000, 35,000, 26,000, 25,000 and 19,000 metric tonnes per year respectively. In a recent seminar, OSPCB has expressed that Odisha produces (approx.) 6000-7000 mt annually.

Computer equipment accounts for almost 68% of e-waste material followed by telecommunication equipment (12%), electrical equipment (8%) and medical equipment (7%). Other equipments, including household e-crap, account for the remaining 5%.E-waste is directly linked to the economic growth of the country and also overall consumer spending pattern. India’s economic growth has lifted millions of people from lower-income group to middle and high-income groups and increased purchasing power. Over 2.5 lakh workers are engaged in various organized and unorganized recycling units in Delhi alone,as per Assocham.

Emerging economies such as China and India are large generators of WEEE and have the fastest growing markets for electrical and electronic equipment.The size of India’s market in absolute terms is larger than that of many high-income countries. UNEP (2010) report predicts that by 2020, E-waste from old computers in India will increase to 500%; from discarded mobile phones will be about 18 times high; from televisions will be 1.5 to 2 times higher; from discarded refrigerators will double or triple; than its respective 2007 levels. Considering the growth rate, studies show that the volume of E-waste will reach nearly 0.7 million MT by 2015 and 2 million MT by 2025.

According to a study by the electronic hardware industry apex body ‘Manufacturers Association of Information Technology’ (MAIT), around 5,00,000 tonnes of e-waste is generated across India every year. Though an additional 100,000 tonne of e-waste enters the country through illegal imports annually, only 40 percent of it gets recycled due to inadequate and poor infrastructure which is mostly in the informal sector. The Hyderabad-based C-MET, an autonomous scientific society formed by the central government under the Department of Electronics and IT,is to assist Karnataka state in setting up e-waste processing units in the country. The apex body also wants institutional users to enforce e-waste management policy to dispose of obsolete electronic equipment, as 60 percent of it remains stored in warehouses and garages due to poor and inefficient collection system.

Central Pollution Control Board had prepared and published a report on “National Inventory of Hazardous Waste Generating Industries & Hazardous Waste Management in India” in February, 2009 based on the data submitted by the SPCBs/PCCs and random checks/inspection by teams comprising officers of CPCB/SPCB. As per the said report, there were about 36,165 numbers of HW Generating Industries in India. Total Quantity of HW generated is about 6.23 Million Tons out of which Landfillable HW is about 2.73 Million Tons (44%), Incinerable Hardware is about 0.41 Million Tons (7 %) and Recyclable is about 3.09 Million Tons (49 %). As per the information of SPCBs/PCCs, it is estimated that there are about 41,523 number of hazardous waste generating industries in India and their hazardous waste generation is about 7.90 million tonnes per annum.

Similarly, for example, in every 20 minutes, the US discards one ton of cell phones containing over 70 times the amountof gold and silver found in virgin ore. Annually, the amount of copper contained in e-waste is equivalent to a third of global mine production.E-waste is also a large and untapped source of rare earths and other critical metals used in alternative energy technologies such as wind turbines, hybrid vehicles and fuel cells. According to one recent article, “the use of rare earths in electronic gadgets has risen so much that their concentration in computers is actually higher than that in mines.” At present, however, less than 1% of rare earths contained in discarded products are recovered by recycling.

There are three general reasons for e-waste processing: environmental concerns, energy savings and resource efficiency. E-waste is composed of a large number of components of various sizes, shapes and chemistry. Some of them contain hazardous metals including Hg, Pb and Cd. Such components are removed through separate treatment and recycling processes.Industrially, different metallurgical routes are used to extract valuable metals from e-waste. Pyrometallurgical and hydrometallurgical processes are commonly employed to recover precious metals (PM). Precious Metals and specifically the Platinum Group Metals (PGM’s) are valuable due to their low natural abundance, unique properties and the complex processes that are required for their extraction and refining from primary sources. Whilst PGMs are found as naturally occurring ores, these metals may also be obtained by recycling PGM bearing wastes. These waste streams are typically orders of magnitude richer in PGMs than their naturally occurring ore equivalents, helping to conserve natural resources.

In the last decade many countries have formulated legislations on e-waste management, legislations on managing and handling of e-waste. It is no longer permissible to dispose e-waste underground or burn it in incinerators without isolating the hazardous materials. Disposing underground, burning in air and acid leaching will deteriorate the environment by spoiling drinking water and releasing toxic gases into the atmosphere. Therefore, recycling of e-waste is crucial from the perspective of minimizing environmental pollution and resource management. Similarly recycled materials energy savings(in %) over virgin materials as follows:- Aluminum (95%), Copper(85%), Iron and steel(74%), Lead(65%), Zinc(60%), Paper(64%), Plastics (>80%).

Processing of e-waste will reduce burden on mining ores for primary metals. Therefore, scarce resources especially for PMs could be conserved, e.g., metals that exist at low concentrations in primary ores and consume significant energy during extraction. Factually, e-waste is a rich source of precious metals (PMs) compared to their primary ores. The amount of gold recovered from one ton of e-waste from personal computers is more than that recovered from 17 ton of gold ore. The processes for recovering PMs from electronic scrap, in limited cases are easier than their primary ores.After PMs, copper is the next highest value metal to be extracted from e-waste. It is worth noting that sustainable resource management demands the isolation of hazardous metals from e-waste and also maximizes the recovery of PMs. The extraction of PMs (Au, Ag and Pd) and BMs (Cu, Pb and Zn) from e-waste is a major economic drive due to their associated value.

E-waste recycling consists of three main steps: collection, pre-processing and end processing. Each step is critical for the recovery of metals and recycling economy. E-waste collection is facilitated by appropriate government policies, effective advertisement for public awareness, and by installing separate collection facilities at public places. End of life electronic components are sorted at the collection facility where useable components are returned to the consumer supply chain.Pre-processing of e-waste is one of the most important steps in the recycling chain. The final stage in the recycling chain of e-waste is the end processing, where the non-metal and metal fractions of e-waste are further processed. Industrial processes for recovering metals from e-waste are based on combined pyrometallurgical, hydrometallurgical and electrometallurgical routes.

A new type of waste treatment called plasma arc recycling (sometimes referred to as “plasma recycling,” “plasma gasification,” “gas plasma waste treatment,” “plasma waste recycling”. It involves heating waste to super-high temperatures to produce gas that can be burned for energy and rocky solid waste that can be used for building materials. Plasma arc recycling doesn’t involve combustion. Instead of simply burning the waste (at a few hundred degrees), the waste is heated at much higher temperatures (thousands of degrees) so it melts and then vaporizes. This is done by an electrical device known as a plasma arc, which is a kind of super-hot “torch” made by passing gas through an electrical spark.Raw waste is processed to remove any recyclable materials before being fed, with gas, to the plasma arc. This vaporizes the waste to produce syngas (which has to be scrubbed clean) and aggregate. Main advantage of the technology is that it’s cleaner and greener than incineration, because waste is “rearranged” into different substances rather than burned to release pollution. Properly designed, a plasma plant theoretically produces no air pollution and no ash or dust; it’s only real waste product is the solid, vitrified aggregate that can be used in construction.

Unlike any other kind of waste treatment, plasma recycling can cope with virtually any kind of waste, including the most hazardous, high-grade, and hard-to-treat forms (toxic incinerator ash, hazardous medical waste, toxic metals, electronic components, and so on). Where landfilling squanders valuable material and-at best-produces small amounts ofmethane energy, plasma recycling produces much more energy with no land-take. Indeed, some plasma recycling companies have even proposed “mining” existing landfills to use as raw fuels for plasma plants; that raises the prospect that we could eventually be able to clean up the toxic legacy of decades of landfill. Although plasma plants use a significant amount of energy, roughly two thirds of what they make is fed into the grid, which makes them, overall, carbon negative.Plasma Plants have an overall benefit where global warming is concerned.

[Er. B.N. Palai is the former Chief General Manager of IPICOL, who was instrumental in efficient functioning of Team Odisha.] 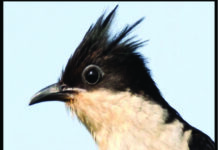