In this issue, one of our columnists has written that ‘potential does not necessarily mean prosperity or development.We don’t pay our bureaucrats for having brains. We only pay them for using their brain intelligently. The Democratic Republic of Congo is probably the richest nation in the world in terms of natural resources but in reality it is the poorest nation in the world like Odisha state in Indian Nation. As keeping the wealth under the mattress will not cause it to grow, not using our potential will not cause any development to our state!’

The State witnessed two severe cyclone‘Phailin’ in October 2013 and the effects of ‘HudHud’in October, 2014. These cyclones had very adverse impact on coastal districts and caused extensive damage of property. More than the natural disasters, the state has been facing shocking neglect from the unaccountable bureaucrats, who actually rule the state. Some of the bureaucrats even do not care for the Ministers and the latter find themselves helpless. The officer, who was charging the demonstrators with lathiduring acquisition of land for POSCO, has been elevated as Chief General Managerin IDCO. Administrators in Sri Jagannath Temple, IPICOL and Industry departments get changed frequently, which demonstrates the helplessness of the government. We lack political will-power andthe required driveto lead the state.

The State Government has to conceptualize a well-articulated development strategy with special emphasis on poverty and human development byimproving governance and service delivery mechanisms.Promotion of broad-based growth, encouraging private investment, public private partnership (PPP), and public private community partnership (PPCP) are the need of the hour. We have to give emphasis on creation of adequate self-employment / employment opportunities.

Enhancing and promoting convergence at district level across large number of Government programmes through strengthening Integrated District Planning to achieve the Millennium Development Goals (MDGs).We have to focus on household based Micro-Planning to provide support for livelihoods of most vulnerable groups in different parts of the State with special emphasis to KBK region. Application of IT can check corruption and make the system transparent.

Now that Odisha has the policies in place, we should jointly ensure that implementation happens in a time bound manner. The Government, the different industry associations and all concerned should put in their best efforts to create entrepreneurs, motivate them and make them feel that Odisha is a state where one can invest, build enterprises and thus bring prosperity for themselves as well as the state. In order to create entrepreneurs, a motivation campaign should percolate to district and block levels. There should be less government, more governance to make the ‘Make In India’ campaign a success.

Yes, Odisha can achieve this, if we conceptualize a well-articulated development strategy and follow the same in letter and spirit. 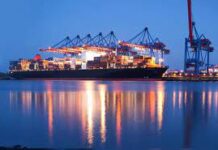 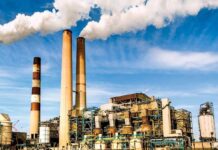