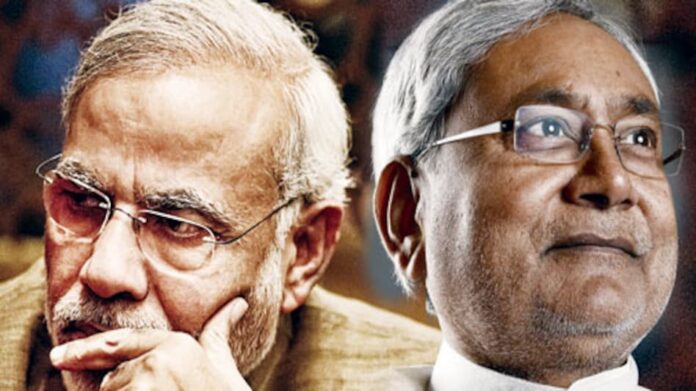 Current political equations in Bihar are such that finding a good ally in the state will be a struggle for the BJP leadership and there seems to be absolutely no chance of its return to power anytime soon.

Suddenly Bihar has become more important for Prime Minister Narendra Modi and his Bharatiya Janata Party (BJP) than any other state of the country. This is because of the way chief minister and JD(U) boss Nitish Kumar snapped ties with his party triggering the collapse of the alliance government in the state.

Nitish now leads the Mahagathbandhan government with parties like RJD and Congress as his allies in the eastern state which has the reputation of being the catalyst for major political changes in the country over the decades. This time, too, the state under the leadership of Nitish seems capable of heralding a change which is evident from the way the collapse of BJP-JD(U) alliance in Bihar has galvanized the anti-BJP forces in the country. Nitish’s latest U turn has resurrected hopes that the seemingly invincible Narendra Modi can be brought down.

Nitish’s own comments after oath taking seem to have convinced the anti-Modi brigade that he is ready to lead their charge against the Prime Minister. Speaking media-persons the Janata Dal (U) strongman almost threw a challenge to Modi. “He (Modi) may have won in 2014 but he should worry about 2024.”  Since the wily Kurmi from Bihar is known to choose his words carefully the statement has expectedly triggered speculations.

So what should one make of the statement? Was it a case of political bravado with Nitish deliberately targeting the top leader of his former alliance partner following a rupture that still has the BJP in a tizzy or was he actually hinting at a plan unseat the BJP from power in Delhi in the next general elections?  Since the leader, who was the other big star to emerge on Bihar’s political horizon along with Lalu Prasad Yadav during the JP movement of 1974, has also indicated that he may not be a contender for the chief minister’s chair in the next assembly election in the state there is wide speculation that he would move to Delhi and take up a role at the national level.

Could Nitish then become the rallying point for anti-BJP opposition in the country? Such a possibility cannot be ruled out due a number of reasons, the most important being the fact that he is one the most experienced politicians of the country, leading a state with 40 Lok Sabha seats. Only Uttar Pradesh, West Bengal and Maharashtra account for more Lok Sabha seats. Being a heartland state the developments in Bihar have a much bigger impact on the country’s polity than West Bengal or Maharashtra. Given that advantage Nitish is capable of sending a strong message to the electorate across the country with any of his political moves in future.

In fact, he has already sent across a strong message by foiling BJP’s Operation Lotus in Bihar. Nitish’s followers think that he severed ties with the BJP as he got wind of its plans of doing an Eknath Shinde on him with the help of his estranged JD(U) colleague RCP Singh who, following his exit from the party, was hobnobbing with the saffron leadership. Nitish, who had a rather uneasy relationship with the BJP since the 2020 assembly elections in Bihar despite having it as his coalition partner, dumped his ally just in time and joined hands with the Mahagathbandhan to lead a new government.

The BJP, with a history of toppling governments by breaking parties and engineering defections, has been rarely outsmarted in this manner. Current political equations in Bihar are such that finding a good ally in the state will be a struggle for the saffron leadership and there seems to be absolutely no chance of its return to power anytime soon.

The new ‘Mahagathbandhan’ (Grand Alliance) comprising Rashtriya Janata Dal (RJD), JD(U), Congress and Left has 164 MLAs in the 243-strong Bihar assembly, almost a two-thirds majority which should provide enough stability to the government. The vagaries of modern-day politics notwithstanding it is hard to imagine BJP wooing away any of Nitish’s allies, especially the big ones who really matter. Against BJP’s 77 MLAs in the state assembly RJD, the biggest party in the Mahagathbandhan has 79 MLAs followed by JD(U)’s 45, Congress’s 19 and CPI-ML’s 12. With any compromise between any of these parties and the BJP ruled out, BJP’s “jod-tod ki rajneeti” (politics of engineering defections) is unlikely to work in Bihar.

That is a disaster of sorts for the BJP as Bihar symbolizes political power and losing the state can have repercussions for the party which has a total of 303 members in the Lok Sabha, just about 31 more than the halfway mark of 272. With Nitish parting ways and Bihar slipping from its grasp things could become that much more difficult for the party in 2024. In the 2019 Lok Sabha polls, the BJP-led NDA had won 39 of the 40 seats in Bihar with the saffron party emerging victorious in all the 17 seats it contested. That would be difficult to repeat in the next general elections in the changed scenario with RJD commanding the bulk of state’s over 31 percent Yadav and Muslim (MY) votes and  Nitish taking care of the non-Yadav other backward castes.

Hence, the speculation that Nitish could easily become the rallying point for the opposition which has found hope in him. A lot would, however, would depend on how Nitish plays his cards and his success or otherwise in carrying the disparate opposition elements with him. An equally big question is will Modi take up the challenge thrown by the Bihar strongman who till the other day was his alliance partner? He has no option. He has to find a way of stopping the opposition from uniting and stopping the division of BJP votes. Only that can ensure his return to power in Delhi in 2024 for a record third term.