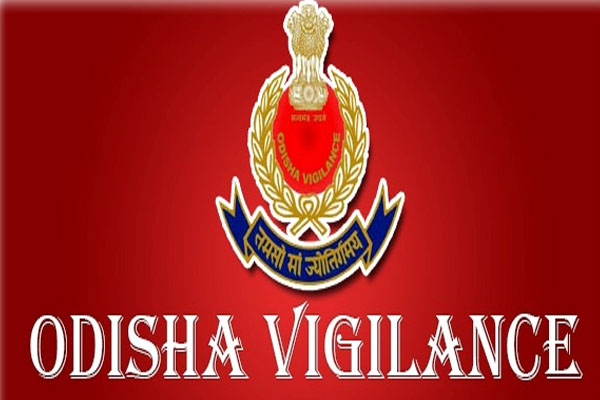 For chief minister Naveen Patnaik rooting out corruption from the state has become a mission. This has been the focus of his good governance drive in his fifth term in office. He has launched a relentless war against the corrupt irrespective of their status in society. His drive against graft does not discriminate between people on the basis of rank and power.

War against corruption has been one of the foundations of chief minister Naveen Patnaik’s crusade for good governance in his fifth term in office. His zero-tolerance approach towards corruption continues with officers coming under the shadow of corruption being suitably punished. This has not only improved the quality of governance but also added to his popularity.

Stepping up its campaign against graft and inefficiency, the Naveen Patnaik government recently initiated action against 14 officers for their alleged involvement in corruption cases. While the government has dismissed four officers, as many have been issued compulsory retirement orders and the pension of six officers have been held up permanently.

The officers who faced the action included a superintending engineer, two assistant engineers, a DSP, one CDPO, a forest range officer, one tehsildar, a BDO, a senior manager, a tax collector, a supply inspector and three junior engineers. With this, the government has so far taken actionagainst 187 officers for alleged involvement in corrupt practices.

Sources said the action against these officers was taken based on the feedback received through the government’s transformational initiatives like 5T and ‘Mo Sarkar.’ The 5T mantra focuses on transparency and enhanced efficiency and the government considers it necessary to accelerate the drive against bribery as venality of public servants and even politicians can set back the state’s economy and damage its image.

Significantly, the chief minister’s war against corruption does not distinguish between those indulging in corrupt practices on the on the basis of their rank or their position in the society. He ensures that irrespective of their power and position the corrupt are brought to justice. Vigilance sleuths have raided top-notch politicians and bureaucrats as well as police constables, peons and Anganwadi workers. The emphasis has been on recovery of the ill-gotten wealth and bringing the accused to book.

In the last few years several government officials, embroiled in corruption cases, have been given compulsory retirement. Even a senior Indian Forest Officer (IFS), who was accused of corruption along with his son, was thrown out of service. He failed to save himself despite his strong political connections. In fact, a former minister, with whom the officer was close, is himself facing the heat in a corruption case with Vigilance conducting raids against him.

Patnaik has not even spared his political colleagues when the shadow of corruption fell on them. He had no hesitation dispensing with senior leaders like Nalini Kant Mohanty and Kamla Das when allegations were made against them. Both parted ways and joined other political parties but the chief minister never compromised on the issue of honesty and integrity. He added a new weapon to win the war against corruption by making it compulsory for all public servants right from the sarpanch to MLAs, MPs, the chief minister himself and all the government employees to submit their annual property statements which were to be made public and then passed on to the Lokayukta. Odisha was the first state in the country to take such a step to fight corruption.

Patnaik’s campaign against graft was in focus a few years ago when the government suspended an IAS officer accused of corruption. It was a step that restored people’s confidence in the government’s resolve to tackle corruption in high places. Significantly, the chief minister cracked his whip at a time when his government’s Mo Sarkar initiative was in full swing. The scheme that aims to bring the administration close to the people relies heavily on the chief minister’s 5T formula (technology, transparency, teamwork, time and transformation) of governance. Transparency is the watchword because transformational changes are unlikely to take place without it.

The government has for long maintained that it has zero-tolerance for corruption. There were Vigilance raids in the past as well but they hardly ever landed the big fish. And in the few instances where the bigwigs did fall into the Vigilance net securing conviction proved to be a Herculean task. Most managed to escape punishment.

But corruption at a high level going undetected and largely unpunished had the potential to erode people’s confidence in the government. It could have been seen as trying to make an example of the small fry while allowing the big fish to escape. But that perception changed emphatically with the action against the IAS officer accused of graft. It convinced the people that transparency being one of the pillars of the government, the government would not spare anyone indulging in corrupt practices.

This was certainly not the first case of action being taken against an IAS officer in the state but such instances had been few and far between. This engendered a perception that with influence in the right quarters one could escape punishment in corruption cases. It had become imperative for the government to dispel this impression and in an emphatic manner.

The catchy slogan of zero tolerance for corruption can be a double-edged sword as it has the potential of landing the government in trouble if it fails to act convincingly and fairly in all cases of graft. It should not be seen as discriminating between people charged with corruption on the basis of their rank or social status. With these precautions, the war against corruption needs to be stepped up in the larger interest of the state which has suffered at the hands of venal politicians and bureaucrats for a long time.

Chief Minister Naveen Patnaik will go down in history if his 5T mantra actually succeeds in rooting out corruption from the administration. This is no doubt a daunting task but not impossible. The chief minister should pursue this goal relentlessly even in his own interest as his public image as an honest politician largely revolves around his efforts to curb graft.

This also gives him an edge over his political opponents as evident from his formidable electoral record. Ever since Patnaik came to power in 2000 he has been seeking votes on the planks of performance and fight against corruption. People have always voted overwhelmingly in favour of his party because they have seen him fighting graft relentlessly. He has become an abiding symbol of good governance.