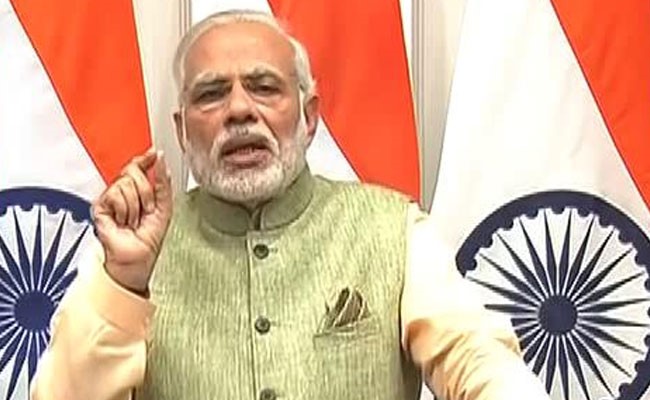 The Prime Minister said that the Constitution has been a guardian for us. He emphasized that we, the people, must also work as per the expectations that our guardian – the Constitution – has from us. He said that keeping in mind the needs of the country and the challenges facing it, the various institutions of governance should support and strengthen each other. He said that in the next five years, we should channelize our energies to build the New India – the nation that our freedom fighters dreamt of.The Prime Minister said that the Constitution has also been described as a social document. He said it is indeed unfortunate that the weaknesses that had been identified in our country at the dawn of independence, have still not been entirely eradicated. He said the current time can be described as a golden period when India is full of self-confidence. He said this constructive atmosphere should be used to move swiftly towards the creation of New India.Emphasizing the importance of “Ease of Living,” the Prime Minister said that the role of the Government should be one of a facilitator, more than a regulator. The Prime Minister gave several examples of “Ease of Living” that have been brought about in the last three years, such as quicker income tax refunds, quicker passport delivery etc. He said these initiatives have had a positive impact on all sections of the society. He said about 1200 archaic laws have been repealed. He said ease of living has also had a positive impact on “ease of doing business.” He said Lok Adalats can play a key role in reducing pendency of cases in the judiciary. He outlined several other steps that are being taken to improve “ease of access to justice.” Mentioning the massive expenditure that has to be borne by exchequer on account of frequent elections, and other related issues such as diversion of security forces and civil staff, and impact on development programmes, the Prime Minister called for a constructive discussion on the possibility of holding simultaneous elections for the Union and State Governments.  The Prime Minister emphasized that balance between the executive, legislature and judiciary has been the backbone of the Constitution. In this context, the Prime Minister also quoted from judgements of the Supreme Court.