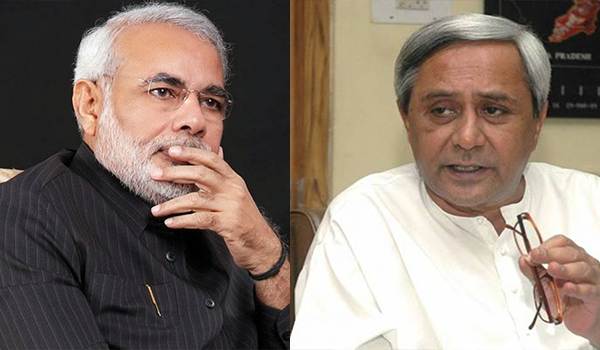 The BJP registered an emphatic victory in the elections with Narendra Modi becoming the Prime Minister of the country for the second time in a row. The NDA ministry led by him is capable to implementing the Prime Minister’s vision for India. But Modi wave failed to work in Odisha, where Naveen Patnaik emerged champion yet again. Though BJP’s Lok Sabha tally went up in the state; its assembly performance was not as good. This has been attributed to the phenomenon called split voting.

It was Narendra Modi at the Centre and Naveen Patnaik in Odisha. People voted both of them back to power with a thumping majority. Spurred by a blistering campaign led by Modi the BJP won as many as 303 Lok Sabha seats and reach 352 alongwith its allies in the 543-strong Lok Sabha.

The BJP’s primary rival, the Indian National Congress won only 52 seats in one of its worst Lok Sabha performances. The two main communist parties fared even worse, with a combined five seats.

But the Modi wave, which swept the rest of the country, failed to conquer Odisha where the BJP’s Lok Sabha tally increase from one in 2014 to 8 this time but Biju Janata Dal (BJD) boss, Naveen Patnaik registered yet another emphatic victory in the assembly elections winning as many as 112 seats and a fifth consecutive term as chief minister of the state.   BJP got 23 and Congress just 9. BJP’s gain was that it became the main opposition party in the state but is nowhere near challenging Patnaik’s political supremacy.

A feature of this election in Odisha was split voting, especially in western Odisha where the BJP won all the Lok Sabha seats at stake. Sundergarh, Bolangir, Bargarh, Sambalpur and Kalahandi fell into its kitty with a sweep of this region while it also won the coastal seats of Bhubaneswar and Balasore apart from Mayurbhanj in northern Odisha.

However, the enthusiasm shown by voters for the BJP in the Lok Sabha was not reflected in the assembly elections which were held simultaneously in the state. Though the number of BJP’s assembly seats went up to 23 from 10 last time, the results were far from satisfying for the party which had boasted about forming government in the state during the long drawn election campaign which saw its top leaders ridiculing and taunting BJD supremo, Naveen Patnaik and even comparing his government with a burnt transformer.

But what has puzzled observers is the behaviour of voters who favoured the party in the Lok Sabha but refused to favour it in the assembly where their clear preference was BJD which swept the polls with 112 seats paving the way for Patnaik’s swearing-in as the chief minister of the state for the fifth time in a row.

It was a case of split voting with the electorate making different choices for the Lok Sabha and the state assembly. The results of Bhubaneswar and Bargarh Lok Sabha constituencies and the assembly constituencies falling there under were the best possible illustrations of this kind of voting. While the prestigious Bhubaneswar Lok Sabha seat was won by former IAS officer, Aparjita Sarangi on the lotus symbol and the Bargarh seat went to BJP national secretary, Suresh Pujari saffron party candidates failed to win even in a single assembly segment of these parliamentary constituencies.

While Aparajita polled 4,86, 991 votes to defeat BJD candidate and former Mumbai police commissioner, Arup Patnaik by a margin of over 23000 votes BJP’s assembly candidates in the seven segments of the Lok Sabha constituency together got 2.90 lakh votes.

Pujari, who trounced his BJD rival and Rajya Sabha member, Prasanna Acharya by a margin of 63939 votes, overcame formidable odds. Apart from the fact that Acharya happened to be one of the most seasoned campaigners of BJD the presence of chief minister, Naveen Patnaik in the fray from Bijepur assembly segment of the constituency made things further difficult for Pujari.

BJD heavyweights including ministers, Snehangini Chhuria, Sushant Singh, former minister, Bijay Ranjan Singh Bariha and former speaker, Kishore Mohanty were also contesting from different assembly segments of this Lok Sabha constituency where, on the face of it, chances of Pujari appeared bleak. But the result surprised everyone. The BJP stalwart won a resounding victory though none of his party’s assembly candidates in the region could make it.

But what happened in Bargarh and Bhubaneswar Lok Sabha constituencies apparently beats logic. A senior political analyst, however, said it was intelligent voting on the part of the electorate. “They were very clear in their mind about who to vote for in the Lok Sabha and who in the assembly. Since they wanted to see Narendra Modi as the Prime Minister of the country they voted for BJP’s Lok Sabha candidates. But as they did not have faith in the state BJP leaders and their ability to govern their obvious choice in the state was Naveen Patnaik’s party. Congress was not an option for them given its sharp decline in the state,” he said.

A senior BJP leader agreed that people in Bargarh and Bhubaneswar constituencies resorted to strategic voting and made an intelligent choice. “This is a sign of maturity of Indian democracy. We should stop under-estimating the voters,” he said.

Yet another case of split voting was seen in Koraput Lok Sabha constituency where Congress debutant, Saptagiri Ulaka, son of former minister, Ramchandra Ulaka, defeated BJD’s Kaushalya Hikaka, wife of former MP, Jhina Hikaka by a narrow margin of 3613 votes.  Here again people opted for this young leader as their MP though they did not show preference for Congress candidates on the assembly seats falling in the region. Of the seven assembly seats under the Kotaput Lok Sabha constituency the Congress won only in Jeypore with veteran, Tara Prasad Vahinipati keeping the party’s flag flying.

On the other hand, BJD maintained its supremacy in the state assembly with Naveen Patnaik taking fresh guard as chief minister. “This demonstrates that people are with our party and our leader, chief minister, Naveen Patnaik is the overwhelming  choice of the electorate,” said a party leader.