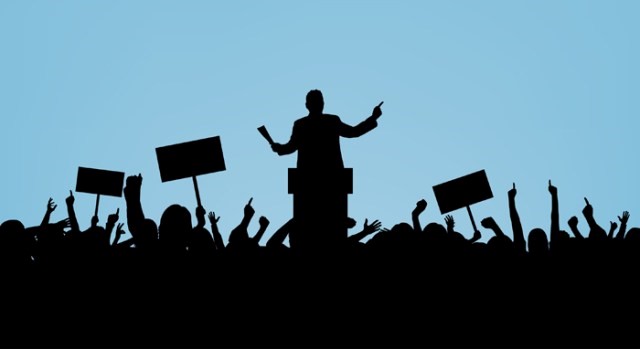 Indian democracy has experienced many ups and downs but the latest happenings have put certain pressing marks on its quality and future trajectory. Our political leaders believe that Indian public can be managed in a very simple manner. They have managed it since a long time. This feature points out to the declining qualities of the ruling elite. The political leaders of India have changed the democratic system in accordance to their whims and fancies. The decline was visible since the time of Indira Gandhi but one serious blow came when V P Singh in the name of social justice divided the Indian society.

There are many to mention who have disfigured the Indian democratic system to their advantage. The case of Naveen Patnaik and Lalu Yadav are more perplexing. While Naveen, a nonentity till 1998, was brought to political limelight by few vested interests despite his reluctance, Lalu was himself interested to be in focus. Lalu not only played a cruel joke by dealing the Bihar as his personal fiefdom, as he managed to put Rabri Devi on the seat of the Chief Minister though she had no capability for the same but also went to extent of corrupting the political system by involving in cases which led him inside the prison.

This sentiment is now well entrenched in the larger section of the society. The inefficient and corrupt ones have lowered the national psyche from lofty values to such degraded level. They have prevented the new generation to think in terms of great sons of our Nation. Sadly these nonentities and corrupts succeeded in establishing a veil of ignorance to many of people and exploited them to their advantage.

The New India young lots feel that without bribery it is hard to get a government job. Our senior most minister Damodar Rout claims that PC shall be there and no one can completely stop it. Although Naveen was not in politics during 1970s, his father Biju Patnaik and Lalu were active during that period under Jay Prakash Narayan, the architect of Total Revolution. Unfortunately Biju and Lalu like leaders failed to learn the basic principle of Jay Prakash’s life that politics was a selfless service to the masse, particularly to the underprivileged, farmers, labours and marginal ones in the society. When Biju failed to realize, one may not expect the same from his son and the party functionaries named after Biju babu in Odisha and the followers of Lalu Prasad in Bihar. These are the two examples of Indian political leaders, out of a lot more operating in various states.

The paradox is that Naveen, Lalu and their parties always exhorted that they are championing the cause of the poor and the deprived section of their respective states. Like Mamata Banerjee of West Bengal’s slogan: Maa, Mati, Maanus, Naveen is talking of welfare of the state and its people. But his MPs and MLAs are under CBI scanner for facilitating the chitfund scamsters to loot poor people of the state. Lalu was talking of welfare of Jadav community of Bihar. But he was convicted in fodder scam. Sad emotion is that fodder is used by cattle and cattle are housed and managed by the Jadavs, whose cause he did show to champion.

This is loss of political morality. Political morality has many dimensions but its one base is located in the theory of justice as enunciated by Greek philosopher Plato in book Republic, which states that any person who by his birth and training gets whatsoever position in the life, he should discharge the assigned duties in selfless and best manner. There should be specialization and non interference in others’ tasks.

Our politicians never reached to these ethical approaches of the politics. They only inculcated the low quality to the Indian democracy although he had immense chances to show the high standard to Indian politics. It is highly inexplicable as to why Congress, a party with great legacy promoted Raseed Masood like tainted leaders. Congress went to elect him for Rajya sabha, a house which acts as a debating forum of learned persons who could deliberate about the quality of the legislation. The decline of political morality is main disease of the Indian political system. The loss of ethical value is justified in the names of political compulsions.

There should be consensus among the political parties against the democratic structuring of their organisations is one of the main reasons for people’s progressive alienation from democratic politics. The political parties’ rejection of internal democracy has again been revealed by their failure to hold intra-party elections and the manner in which they are held. The failure to hold intra-party elections has revealed our politicians scant regard for internal democracy.

In developing countries where no system of checks and balances is provided in the constitution or by convention, and the tradition of operating within the law is weak, the role of political parties to ensure that the executive and the legislature both function responsibly and in the public interest is more than ordinarily important.

Most of our political parties look like crowds of the party heads’ retainers and errand boys. They may be ordered to hold demonstrations and rallies but there is no record of intra-party discussions on the direction the state and the nation should follow and how the genius of the people should be utilised in their own interest. The absence of democracy in political parties undermines their ability to establish democratic governance if they come to power. Most of the parties follow the principles of democratic organisation only in letter and not in spirit.

Today, it is not obligatory to consult the party rank and file, and to ascertain the people’s aspirations through them, and by relying instead on the legislators, the custodians of power have been moving towards an oligarchy. We are witnessing a strong attempt to stifle the voices of civil society and creation of new legal barriers to the people’s right to assent and dissent.

It has revealed that all is not well with the political culture of the country. This also shows quality deficit in the parliament like institutions, caused by the political parties. The decline in political morality has many consequences. We cannot create a great country if its ruling elites have tainted personality. Moreover people of the country can never lead a happy life.The cunning and corrupt politicians must learn that their ultimate valuation will be made in the history books. They must write it with golden words.