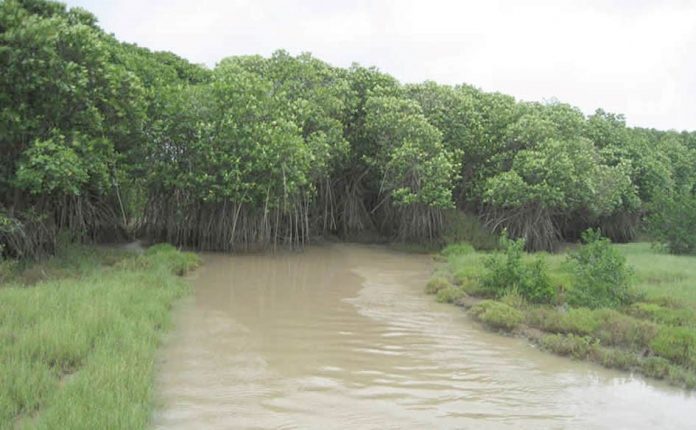 We have not been careful in preserving our mangrove forests. We failed to learn lessons from the super cyclone and allowed the destruction of mangrove cover. The time has come for renewed efforts to save this precious wealth.

Alarmed by the massive destruction of mangroves, environmentalists have called for steps to preserve and expand existing mangrove forests, with focus on Bhitarkanika, the famous wildlife sanctuary in Kendrapara district where there is a concentration of the species. The Bhitarkanika mangroves are considered to be the second richest in terms of density after the Sunderbans in neighbouring Bengal.

The call to protect the state’s mangrove cover comes ahead of the anniversary of the 1999 super cyclone, perceived to be the biggest natural calamity to have ever hit Odisha.

Mangroves are a hardy plant species that help protect the coast from natural calamities such as cyclones. They strike deep roots into the soil and even though they bend under wind pressure they are rarely ever uprooted.

“The resilience of mangroves is hard to match. Their roots dig deep into the soil and constitute the first line of defence against natural calamities along the coast,” said former environment director Bhagirathi Behera, while lamenting that not much had been done to protect the species.

It has now shrunk to a mere 215sqkm with the heaviest concentration at Bhitarkanika National Park where almost 63 varieties of mangroves support a variety of wildlife. At present, mud crabs are found almost exclusively in the mangrove swamps in and around Bhitarkanika.

However, the species are facing a threat from human activity, especially illegal settlers who have been clearing the forests to make way for habitations. Many of them also engage in prawn cultivation, which requires digging up artificial ponds in the mangrove forests. “It is clear that we have not been careful in preserving our mangrove forests. We failed to learn lessons from the super cyclone and allowed the destruction of mangrove cover. The time has come for renewed efforts to save this precious wealth,” said Behera.

Environment expert Sailabala Padhi echoed Behera and said Odisha’s mangrove cover could be expanded with a little effort by the government. “We need to be careful and work extra hard to ensure that there are enough mangroves to protect our coast,” she said.