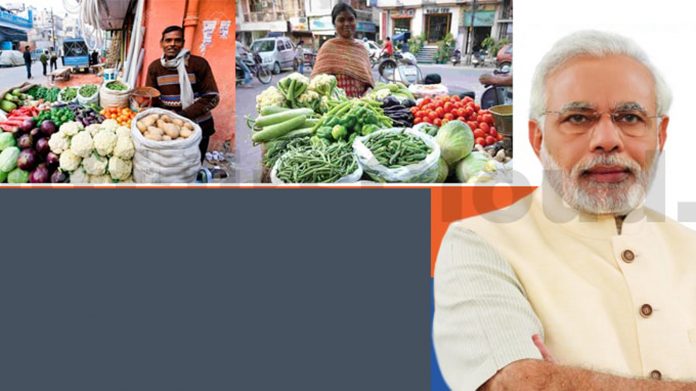 This huge package named Atmanirbhar Bharat amounting Rs. 20 lakh crore, nearly 10% of our GDP, mainly aims at combating the Corona crisis at present and to make the country self-reliant for future. The scheme may look rosy in draft and paper but its proper implementation is equally a challenging task.

It can be admitted without hesitation that, to contain the spread of Covid -19 pandemic, the steps taken by the government like lockdown and shutdown are very apt and timely. If the infection rate and death toll of the developed countries will be taken into consideration, our country is better placed considering it’s size and density of population. While taking such bold decision, the government has kept an eye to protect the common people, poor, daily wage earners, industry workers by providing them an instant package of Rs. 1.70 lakh crore, which was distributed through PMGKY, PM KISAN along with free ration to nearly 80 crore people.

To reactivate and rejuvenate the economy which has almost gone to a grinding halt, a package named Atmanirbhar Bharat amounting Rs. 20 lakh crore was declared by the Finance Minister of India detailing sector wise investment with a definite time frame. Land, labour, law and liquidity which are essential for cottage industries, small and medium scale industries have been given due focus and attention. Along with the modifications of laws, due attentions have been given for empowerment of poor, migrant workers both in organized and unorganized sectors.This huge package of nearly 10% of our GDP mainly aims at combating the Corona crisis at present and to make the country self-reliant for future. The scheme may look rosy in draft and paper but it’s proper implementation is equally a challenging task. Basing upon our past experiences of good planer and bad implementers of all the poverty alleviation schemes like IRDP, PMSJY, CADA, MADA and many schemes like those, people started casting aspersion and instead satirically told to distribute that amount which comes nearly Rs. 15k per head and people will very well manage and overcome the corona crisis. Their satire and cartoons look ridiculous as the flagship program aims not only the present crisis but also to strengthen our economy for future to overcome such types of challenges if come in future.

Going details into the schemes, it can be presumed very well that alike all other schemes of the past, the Atmanirbhar Bharat scheme also will be implemented through banks. During his first tenure, the PM had also launched an ambitious scheme named MUDRA (Micro Units Development and Refinance Agency Ltd. ). The aim was to strengthen the cottage and MSME industries which is the second highest employer of work force after agriculture. In the year 2015 when the scheme was launched, there were 5 crore 10 lac MSMEs in India. Out of 5.10 crore MSMEs, only 50 lac MSMEs had access to credit from banks and other FIs and the rest were managing their own resources with great difficulties. All those units were categorized into three types basing upon their size and employment as SISU, KISHOR and TARUN. Banks were instructed to extend collateral free loan to these industries up to Rs.10 lac. Till March 2019, banks have extended loan amounting Rs.10.24 lac crore. From the last part of 2015 to early part of 2019 that is March 2019, the loans show NPA level of 5.38% and this will be much higher in March 2020.If we take the present huge package of Rs.20 lac crore, only Rs.2.17 lac crore will be government package and the rest will be extended as bank credit. As we all know banks have two primary role, to collect deposits and extend credit,so the present scheme may be considered as a good opportunity for the banks. But the past experience shows that in pursuit of target the qualities and results are compromised. If all the poverty alleviation schemes of the past taken together will be considered and had those been implemented in right way, there would have not been so much people below the poverty line or so much migrant labourers.

Bank is the only organization which has direct relation with the economic development and financial progress of the country as well as its people. For its sustainability and growth, banks give utmost importance to lending of it’s resources to increase it’s net interest margin of deposits and advances. But the growth of NPA year after year and high volume of provision for NPA has not only eroded it’s profitability but also squeezed the lending activities. Now the NPA in banking sector has gone to the level of Rs. 10 lac crores which is approximately 9.85% of the total advances. The level has so far remained in single digit due to ever greening of advances to agriculture and MSME sectors or else it would have been much higher. NPA is there in the banking sector of all countries and our country stands fifth in the list. In spite of the rising trend of NPA, banks are bound to lend to increase their income to meet the operating cost. During the Covid 19 lockdown situation as loan delivery system has been seriously affected, in compelling circumstances banks are keeping their deposits and instalments recovery in RBI’s repo rate incurring huge loss. So credit channel is the best suited channel for banks to increase it’s income and the present policy of Atmanirbhar Bharat will best suit the banks in post corona situation.

Further when the banks will be asked or say compelled to lend in this scheme, to avoid NPA in future the government agency has to do a lot of facilitating jobs. In each state there are departments like Agriculture, Horticulture, Fisheries, Animal husbandry, DIC, KVIB and Mission Shakti and most likely the program will be implemented by these department and banks. The past experiences show that all these department only vie upon the target allotted to them compromising the quality and subsequent result. They only limitise their role up to the finance by the banks and hardly it is seen post sanction follow up by any line departments. No body looks after the proper utilisation of credit, technical support and guidance and post production marketing. As the money has been invested by the bank, they are bound to visit, but considering their limited skill and technical know how, they hardly come to the rescue of the entrepreneur.

As there is no accountability of any government department for failure of their sponsored project, they hardly bother for the failure of the entrepreneur but it costs very dearly to banks in the form of NPA. So for implementation of the mega scheme, the need of the hour is proper coordination among different departments of the government, entrepreneur and banks. Further if any entrepreneur misutilizes the availed loan, immediate legal action to be initiated by both bank and concern sponsoring department. Even government may think to curtail some of the fundamental rights of wilful defaulters. In coordinated and concerted approach Atmanirbhar Bharat flagship program can lay a solid financial foundation for future or else it will meet the same fate like many other schemes of the past.