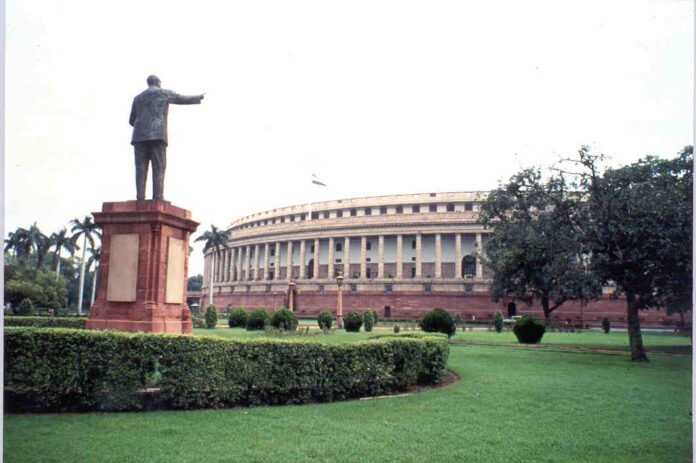 The Union Minister of State for Consumer Affairs, Food and Public Distribution,   Ms. Sadhvi Niranjan Jyoti in a written reply to a question in Lok Sabha today informed that an offence committed in violation of the provisions of the TPDS (Control) Order, 2015 is liable for penal action under the Essential Commodities Act, 1955. Thus, the Order empowers all State/UT Governments to take punitive actions in case of contravention of the relevant provisions of the Order. During the last three years 2018 to 2020 and current year up to 30.06.2021, a Statement on actions pertaining to number of FPS licenses suspended/cancelled/ show-cause notices issued/ FIRs lodged by States/UTs is:

Statement showing results of action taken by the State/UT Governments under relevant clauses of the PDS/TPDS (Control) Orders as per receipt during last three years and current year 30.06.2021:

The Targeted Public Distribution System (TPDS) is operated under the joint responsibilities of the Central and the State/UT Governments, wherein the operational responsibilities, such as identification of beneficiaries/ households under the National Food Security Act, 2013 (NFSA), issuance of ration cards to them, allocation of foodgrains to all Fair Price Shops (FPSs), distribution to beneficiaries, licensing & monitoring of FPSs, grievance redressal of beneficiaries including irregularities/ diversion/ corruption in TPDS operations, etc. lies with the concerned State/UT government. However, as and when any complaints are received in this Department from individuals, organizations as well as through media reports regarding any irregularities in the functioning of the TPDS are forwarded to the concerned State/UT Government for inquiry and appropriate action at their end.