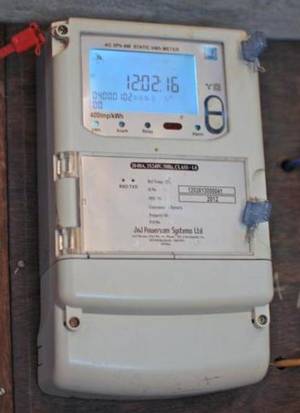 Energy Efficiency Services Ltd. (EESL), under the Ministry of Power, Government of India had put out a mega tender for procurement of 50 lakh smart meters in July, which would help in reducing AT&C losses, power theft and also help in monitoring of round the clock power supply eventually leading to greater efficiency and 24X7 power for all.

A Pre-Bid Meeting was held by EESL on 22nd August 2017 for procurement of 50 lakh smart meters which elicited a stellar response from the smart meter manufacturers, system integrators and has also excited various other stakeholders including World Bank and telecom operators etc. The interest shown by the smart meter fraternity is also evident from the participation of about 100 companies in the pre–bid meeting and is a measure of the potential which smart projects have in India.

EESL will be making the entire upfront investment as well as maintain the whole infrastructure for the next ten years. This approach has made the project feasible as most of the state utilities are not in a position for such rollouts due to their financial constraints. EESL will recover its investment from the savings accruing to the DISCOMs in subsequent years.

The meters are being procured for implementation of smart grid projects in the states of Haryana and Uttar Pradesh. These meters will help these states in not only significantly reducing their AT&C losses way of increased billing efficiency, but will completely change the way in which electrical energy is presently being consumed and paid for by the ordinary consumers.

Installation of these smart meters along with its associated communication and IT infrastructure will enable the DISCOMs to obtain real time energy consumption data of each consumer for subsequent analysis and will pave the way for initiating various smart measures by DISCOMs like Time Of Day (TOD)/Time Of Use (TOU) billing, prediction and management of peak demand, providing real time energy consumption data to consumer, prepaid billing facility, remote connection and disconnection of load, accurate billing, etc. Installation of these meters will also obviate the need for the meter reader’s visit to each and every consumer.

In order to make the entire project feasible and affordable, EESL has unbundled the Advanced Metering Infrastructure (AMI) project into two parts viz. procurement of smart meter and arranging the system integrator. EESL is also planning to issue the tender for selection of system integrator early next month, as second part of the AMI project.

Senior officials of Haryana and Uttar Pradesh DISCOMs were present in the pre-bid meeting along with representatives from DISCOMs of Bihar, Jharkhand and Odisha, as well as senior officials from CEA, NSGM etc.