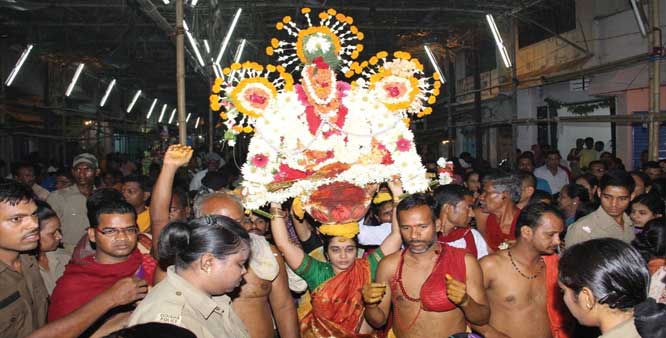 Berhampur’s famous Budhi Thakurani yatra was in focus this time for more than one reason. While it attracted a huge crowd of devotees and tiger dance practitioners,   as usual,  it also turned into an occasion for politicking with top leaders of all the three major parties of the state paying visit to the town and paying obeisance to the deity. Union minister and BJP veteran, Dharmendra Pradhan was the first off the blocks reaching Berhampur with his entourage when the yatra, a month long affair, was at its peak. He was followed by chief minister, Naveen Patnaik and state Congress president, Prasad Harichandan, each trying to strike the right chord with the local populace. Worthwhile to mention that Berhampur is the political nerve centre of Ganjam, the home district of chief minister, Naveen Patnaik and hence also on the radar of BJP which is keen to conquer Odisha in 2019.