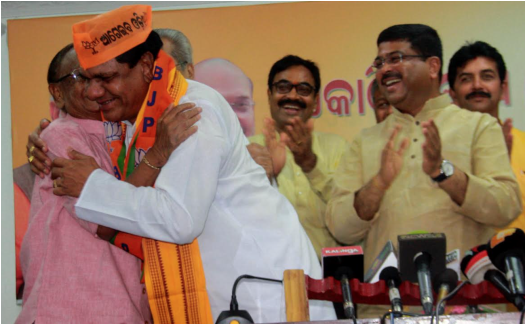 Once arch political rivals in undivided Koraput district, former chief minister, Giridhar Gamang and former minister, Jayram Pangi now find themselves in the same party – the Bhartiya Janata Party that they once loved to hate. But stiff competition between them is not being ruled even within the BJP which is gearing up in a big way for 2019 elections. Sources said that both might want to contest the prestigious Koraput Lok Sabha seat though Gamang, who has won the seat several times in the past on Congress ticket, would have a stronger claim. “In that case Pangi may have to settle for an assembly ticket since he is itching for revenge against the ruling BJD which he quit after being suspended for alleged indiscipline,” said a BJP leader.