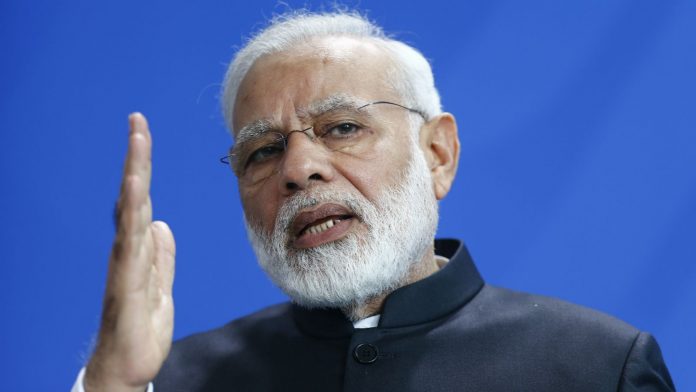 The present government is the first government at the Centre to rule with a single-party majority since 1989, which has completed its third anniversary. No doubt it has brought some good news about the economy, which includes addition of 90 lakh new income tax payers, India’s market capitalisation of $2 trillion, record levels of foreign direct investment, made in India iPhones and the steady strengthening of the rupee to name a few.

The Central government has shown both energy and imagination in pushing through schemes that have a direct and immediate connect with the people. The road building programme, the steady progress towards 24×7 electrification of India by 2019, the huge energy savings through low cost LED bulbs, the rationalisation of cooking gas subsidies, the financial inclusion effected through Jan Dhan Yojana and the construction of nearly 35 crore toilets should count as major achievements. Equally, the deft handling of the GST legislation, the simplification of rules and procedures for business, the near-mandatory transfer of welfare entitlements through DBT, the transparency in the auction of natural resources and the corrective actions to make states more financially empowered are long-term achievements.

The government says the fiscal deficit, balance of payments deficit and inflation have all come down while the GDP growth rate, foreign exchange reserves and public capital investments have gone up. However, Opposition parties do not share the government’s enthusiasm on its performance in the last three years. They feel that all government claims about performance is rhetoric and it has nothing to really show on the ground. They feel the economic growth claimed by the government is a “jobless” growth. Prime Minister Narendra Modi, during his election campaign in 2014, had promised that if elected to power his government would create 10 million jobs, but officials have acknowledged that the reality has not been anything great.

Demonetisation announced by Modi last November, did not dent the government’s image, despite the long period of cashless days and the long queues outside banks and ATMs. Rather it boosted Modi’s image as a leader with the masses, like the late Indira Gandhi enjoyed after bank nationalisation in the 1970s. It is another matter whether demonetisation will achieve all that it had set out to — eliminate black money, corruption and fake currency — but politically the Prime Minister reaped electoral gains.

The other major decisions were the surgical strikes the Indian army carried out last year on “terror pads” across the Line of Control in Jammu and Kashmir and the decision to approach the International Court of Justice (ICJ) in The Hague against the execution of Kulbushan Jadhav, sentenced to death by an army court in Pakistan. The cross-border military strikes were ordered by the government claiming that it would have a telling effect on the infrastructure and financial support given to terrorists by Pakistan.

There is a looming crisis with farmers said to be committing suicide in many states including Odisha. However, the government has ruled out coming out with a loan waiver scheme, though the BJP government in Uttar Pradesh announced a Rs 36,000 crore waiver within days of coming to power, implementing a poll promise.

There is an important parallel in the challenges faced by Atal Bihari Vajpayee’s government two years before the general election and Narendra Modi’s. In both cases, growth has been sluggish, though formal growth numbers on Modi’s watch have been higher, possibly due to a change in the methodology of calculating GDP. In the Vajpayee era, growth was partly affected by a political decision he took in 1998 to conduct nuclear tests. This led to global sanctions and the economy bore the consequences.

The big question being asked is whether growth can revive even in 2018-19. The bigger question is whether reviving growth in the last year of a government’s tenure will be enough to make the voters feel ‘acche din’? We may recollect the Vajpayee years. After struggling with growth from 1998 to 2003 growth took off vertically only in 2003-04, but voters didn’t start experiencing the gains at that point. As a result, the ‘India Shining’ story didn’t sell. Will the same happen for Modi, with the benefits of growth not being felt till it is too late for the voter to acknowledge it?

There is little doubt that GST will be a huge disruption, with consequences for short term growth. The new tax regime may take most of the remaining 5 months of fiscal 2017-18 to settle into a fine rhythm. The Modi juggernaut has rolled across India largely on the political goodwill and brand power of the prime minister himself. But the bad news for Modi and party chief Amit Shah is that there is little possibility of an economic pick-up before 2018-19, and even then one cannot be sure it will be visible to the average voter.

The NDA government’s political focus on going after black money has impacted growth. Two disclosure schemes, one for illegal foreign assets and another for domestic undisclosed incomes, have not yielded any great tax bonanza. Nor has demonetisation. Additionally, the government has closed tax loopholes by renegotiating treaties with Mauritius, Cyprus and Singapore. This has had the net effect of crimping clandestine black money flows. While this is ethically laudable, it has made economic revival slower. The negative effects of the clampdown on black money are front loaded, while the benefits, in the form of higher tax collections, will be back loaded. The price of a high focus on black money is slower short term growth.

The government has been wary of reviving bank lending by quickly recapitalising them after writing off unrecoverable loans, for fear of being seen as favouring big business. If around Rs 1 lakh crore had been provided for banks in the initial two years, by now bank lending would have been roaring, bringing back the animal spirits of India Inc. Instead, the government has opted for the longer term remedy of forcing the liquidation of bad businesses and seeking a slower resolution of bad loans, now in excess of Rs 7 lakh crore and set to rise even further in 2017-18.

Modi will have less fiscal muscle to invest in infrastructure and social spending. And if we assume that GST’s first year will involve compensating states for revenue losses. There will be very little headroom for a stimulus.

Already UP, Punjab, Karnataka and Maharashtra have succumbed to farm loan waiver. Chhattisgarh has waived interest on farm loans, and in 2018 one can expect more bounties from MP and Rajasthan. Although BJP is pressing hard for farm loan waiver in Odisha, the BJD govt. may pass few bounties to the farmers.It will need an economic miracle of sorts for the economy to be kicking in favour of a Modi wave in 2019. Growth is likely to revive late. The lessons Bajpayee learnt during 2004 should be a guiding factor for Modi.