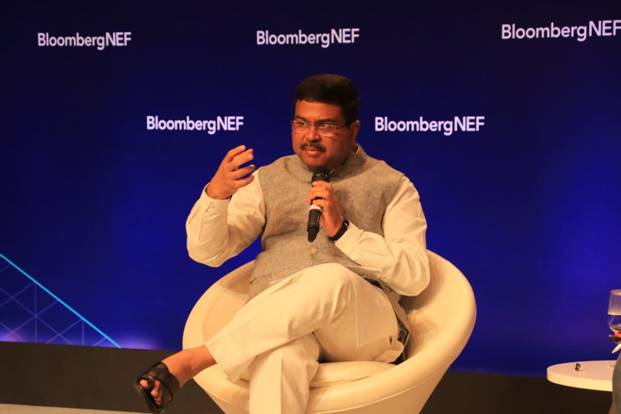 Minister of Petroleum and Natural Gas & Steel Shri Dharmendra Pradhan has said that India’s growing energy sector is attractive for foreign investors. Speaking at Bloomberg NEF New Delhi Summit today, he said that it has repeatedly received funding from Sovereign Wealth Funds, Pension Funds, long-term strategic investors from Western countries, Asian Countries and the Middle East. “The economy projected to grow at more than 7%, will attract more funding. Many companies have successfully raised funding through overseas bond market and this funding route is likely to grow manifold going forward.”, he added.

The Minister said that India’s upstream sector is an important focus area of the government.  Several transformative policy reforms have been undertaken to revitalize the E&P eco-system and establish a conducive business environment, which would facilitate more investment and boost domestic oil & gas production. “The key policy reforms undertaken to augment the domestic oil and gas production include the policy of uniform licensing, marketing and pricing freedom to the operators, availability of comprehensive data to the investors to take informed decisions and fiscal incentives with the thrust on production enhancement.”, Sh Pradhan said.

Shri Dharmendra Pradhan said India remains a bright spot in the global economy. With strong domestic economy and supportive policy environment, the Government is committed towards achieving holistic, inclusive and sustainable economicdevelopment.India will become 3 trilliondollar economy this year and aims to achieve a 5 trillion dollar target in the near future. To achieve this target, India needs secure, affordable and sustainable energy to sustain thehigh growth and provide energy access to 1.3 billion people. Therefore, it is important for us to tap every source of energy.“We have taken several measures to overhaul the hydrocarbon sector to ensure energy security for the country while pursuing a green path to progress.”, the Minister said.

On the issue of energy landscape, the Minister said that it is passing through a big change – making way for clean energy technologies. “In a drive to provide energy access to all in a sustainable manner, our Government has taken a big responsibility by making global commitment to reduce emissions intensity of its GDP by 33 – 35% from 2005 levels. One of the main strategies India is planning to adopt towards achieving this goal is by having 40% electricity generation capacity from non-fossil fuel-based energy resources by 2030.”, Shri Pradhan said.

Appreciating the oil and gas companies for investing in developing renewable energy projects for self-consumption and for supplying to the grid, Shri Pradhan said that. Oil Marketing Companies are providing soft loans and subsidies to petrol pump dealers to install solar rooftops. He said “This is the right time to think of sale options like blending electricity generated from gas power plants with renewable energy. This will further aid the process of emission reduction.”

Shri Pradhan said the Government is committed towards clean energy, which extends beyond justelectricity. The Pradhan Mantri Ujjwala Yojana has transformed the lives of millions of poor households by ensuring access to clean cooking fuel.  “More than 75 million LPG connections have been provided under the Ujjwala Yojana so far, which has resulted in enhancing the LPG penetration in India to around 95% as against 56% in May 2014.  The Pradhan Mantri Ujjwala Yojana has saved millions of women and children from the health hazards of smoky kitchens”, he said.

On the issue of city gas network, Shri Pradhan said thatonly 20% of the populationwas covered under it in 2014 but with the success of the 10th CGD Bid Round, CGD network will expand to nearly 70% of our population. CGD would be available in 228 geographical areas comprising 402 districts spread over 27 States and Union Territories covering 53% of the country.The recently-concluded 9th and 10th CGD rounds will require investment of one lakh twenty thousand crore rupees.

The Minister said that many of our refineries are today close to large urban clusters, and as part of their focus as good corporate citizens, all have shifted to cleaner natural gas for their energy needs. In addition, the government has already implemented fuel efficiency norms for commercial heavy vehicles. “To tackle pollution issues, we are looking at gas-based transportation solutions. We are switching to BS-VI fuels from 1st April 2020. The National Capital Territory of Delhi has already switched to BS-VI fuels in April last year. We are promoting the use of CNG, bio-CNG and LNG in transportationsector. We are setting up bio-refineries and targeting newer sources of ethanol. The ethanol-blended program will enable OMCs to sell 10% blended petrol.”, Shri Pradhan said.

On the bio-diesel programme, the Minister said “I am confident that we will soon be rolling out initiatives to enable achievement of 5% biodiesel blended diesel across country.” He said “we will promote EVs, but it will be a holistic and integrated planning, where I have mentioned in my recent statements that all forms of transportation, which are clean and affordable, will be considered in our Energy Policy.”

The Minister said “we are mindful of the difficulties being faced by investors in some instances where State Government is trying to renegotiate some of the executed contracts. Our Government has requested State Governments to reconsider their decision, as this will jeopardize future investment in not only the concerned state but also the country as a whole.” 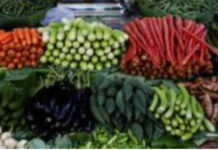